Science does not agree with the Chair of the Science Committee. 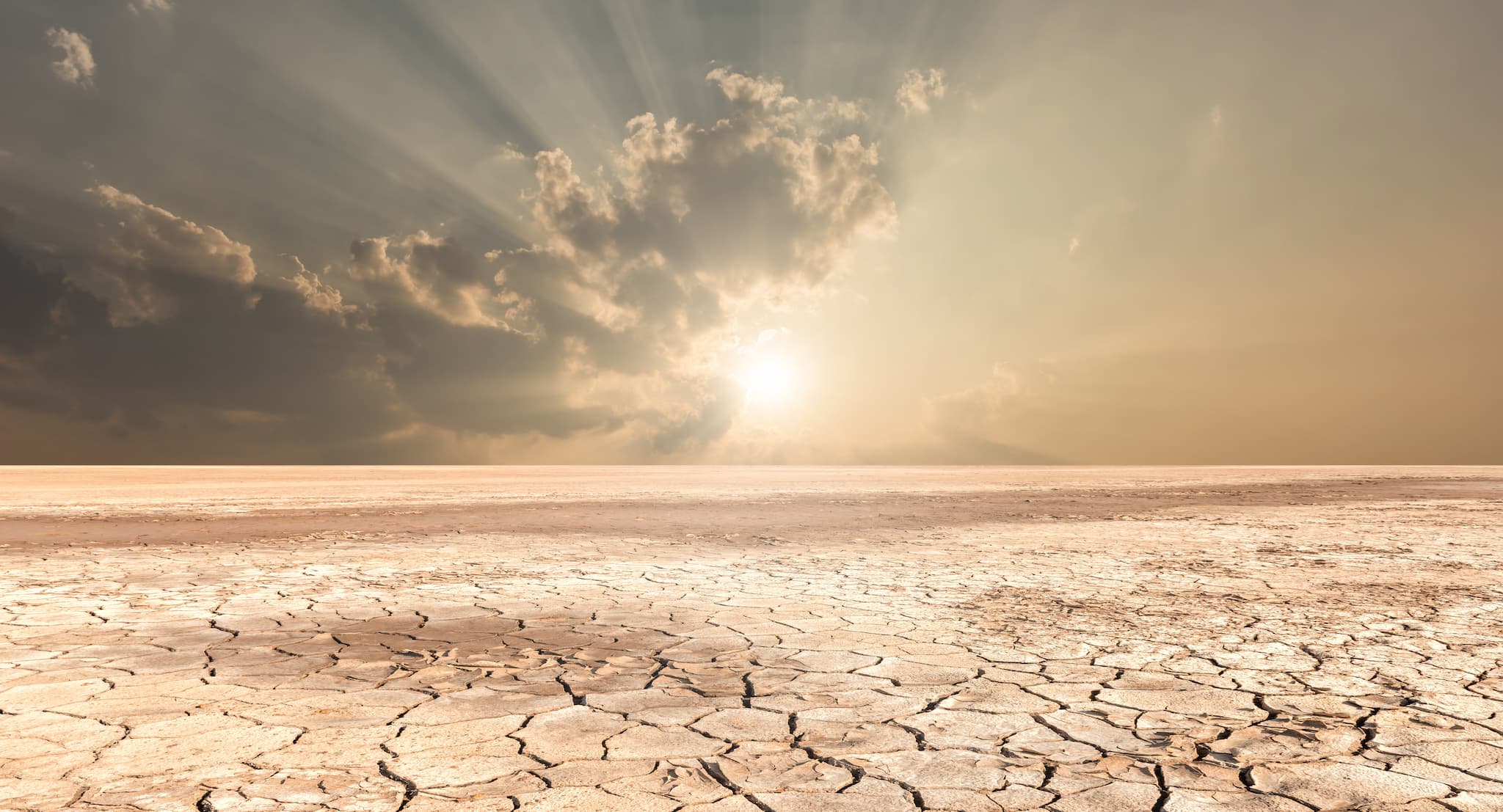 Yesterday, Lamar Smith, the U.S. Representative for Texas's 21st congressional district and Chair of the House Committee on Science, published an opinion piece on The Daily Signal touting the “benefits” of climate change.  In the political arena, global warming is a contentious issue. It is also an issue that could have a dramatic impact on humanity's future (and the future of many other species). With this in mind, here, we examine how the Representative's statements align with what science actually has to say.

Does it Benefit Life on Earth?

One of the most notable statements made by Representative Smith is that higher carbon levels are good because it will benefit plant life: "A higher concentration of carbon dioxide in our atmosphere would aid photosynthesis, which in turn contributes to increased plant growth. This correlates to a greater volume of food production and better quality food. Studies indicate that crops would utilize water more efficiently, requiring less water. And colder areas along the farm belt will experience longer growing seasons."

According to peer review, CO2 enhanced plants actually require more water. Science also suggests that any initial bursts of food production will not be sustainable (more on this is detailed at legenth below).

Representative Smith continues by further discussing the impact that carbon will have on crops in particular: “While crops typically suffer from high heat and lack of rainfall, carbon enrichment helps produce more resilient food crops, such as maize, soybeans, wheat, and rice. In fact, atmospheric carbon dioxide is so important for plant health that greenhouses often use a carbon dioxide generator to increase production.”

Representative Smith's claims do not align with what peer review evidence reveals about resilient food crops.

According to the most up-to-date scientific studies, the increased temperatures that are associated with carbon ultimately increase the dryness of Earth's soil, which depletes the nutrients that plants need to survive. And as micronutrients dwindle in major crops worldwide, research indicates that food production will ultimately decrease.

The most recent research also shows that the net effects of climate change will lead to increases in crop pests and increased vulnerability to these pests—things that are not beneficial for food production.

Representative Smith's claims also do not align with what peer review evidence reveals about resilient food crops. Such crops are mostly grown in hotter areas, such as Africa. Research on the effects of climate change on agricultural yields in Africa shows the following changes: up to 72% of the current yield projected to decline for maize, rice, and soybeans; up to 45% yield reductions are expected for millet and sorghum. Consequently, any benefits would be limited to higher latitudes, such as those of the United States, Canada, and Europe, but even in these locations, the benefits would be time-limited.

Representative Smith also asserts that, contrary to some assertions, the world will not become a desert as a result of increased temperatures, but will grow greener: “Besides food production, another benefit of increased carbon dioxide in the atmosphere is the lush vegetation that results. The world’s vegetated areas are becoming 25-50 percent greener, according to satellite images. Seventy percent of this greening is due to a rise in atmospheric carbon dioxide.”

Long-term research shows that plants with overly high supplies of CO2 face limited availability of other nutrients. This means that, despite a brief burst of "greening" upon initial exposure to increased atmospheric C02, effects caused by the "nitrogen plateau" soon outweigh any benefit. This is one reason why scientific evidence reveals that planting trees is not enough to fight our emissions problem—carbon decreases nutrient supplies and plants wither; planting new vegetation cannot alleviate this problem.

However, according to science, climate change is hurting species globally. Recent research asserts that changes caused to ecosystems as a result of global warming are harmful disruptions. Studies indicate that only two groups of mammals (rodents and insect-eaters) may benefit. This is due to their fast breeding rates coupled with their ability to adapt to many habitats (most species do not have this ability).

Does it Benefit the Economy?

Representative Smith then turns to our oceans and how climate change will improve the economy, asserting: “As the Earth warms, we are seeing beneficial changes to the Earth’s geography. For instance, Arctic sea ice is decreasing. This development will create new commercial shipping lanes that provide faster, more convenient, and less costly routes between ports in Asia, Europe, and eastern North America. This will increase international trade and strengthen the world economy.”

According to scientists, a decrease in Arctic sea ice is not beneficial. More than 20,000 scientists have so far indicated that the loss of Arctic sea ice is a major problem for both habitats and plant and animal life. Arctic habitats are being destroyed; native cultures are dying; the presence of increased ships is polluting waters and increasing the risk of oil spills; and sea temperatures are rising faster than before, which kills species (this happens because heat from the Sun is absorbed rather than reflected).

Representative Smith proceeds by turning to human society, asserting: "Fossil fuels have helped raise the standard of living for billions of people. Furthermore, research has shown that regions that have enjoyed a major reduction in poverty achieved these gains by expanding the use of fossil fuels for energy sources."

While industrialization may increase the standard of living for many, according to science, these same gains can be acquired by powering society with cleaner sources of energy. Furthermore, fossil fuels do not benefit all humans. They are proven killers. The pollution they cause is responsible for numerous childhood deaths worldwide and contributes to 1.2 million premature deaths in China alone.

Representative Smith continues by emphasizing the need for cheap energy: "For nations to progress, they need access to affordable energy. Fossil fuels provide the energy necessary to develop affordable food, safe drinking water, and reliable housing for those who have never had it before."

According to studies, renewables are more affordable in context. Solar energy is already cheaper than fossil fuels in many areas. And China and India have both created health crises in urban areas by their overuse of fossil fuels. This results in a dramatic increase in healthcare spending.

According to the Union of Concerned Scientists, the hidden costs of fossil fuels include: fatalities and disease; environmental destruction and associated crop loss caused by mining, and habitat loss; contamination of drinking water from oil pipelines, strip mining, and oil and gas drilling; sea pollution and loss of species diversity from offshore drilling; among other costs.

Following this, Representative Smith focuses on job creation: "Studies indicate that in the U.S. alone, the natural gas industry is responsible for millions of jobs and has increased the wealth of Americans by an average of $1,337. Economic growth, as well as greater food production and increased vegetation, are just some of the benefits that can result from our changing climate."

More people are employed in the solar industry than in oil, coal, and gas combined — about twice as many.

According to statisticians, more people are employed in the solar industry than in oil, coal, and gas combined — about twice as many — and those people are not at health risk, unlike their peers in fossil fuels. Solar is creating jobs 17 times faster than the rest of the US economy.

The Paris Accord is the next point raised: "The Obama administration planned to spend hundreds of billions of dollars on policies that would have a negligible impact on the environment. The Clean Power Plan would have reduced global temperatures by only three one-hundredths of 1 degree Celsius. If we stop over-reacting to climate change hysteria, we can allocate those funds to benefit Americans in such areas as educational opportunities, health care, and technological innovation."

However, as an MIT analysis of the Accord notes, "the temperature reduction is much larger, on the order of 1 degree Celsius....though much more is needed if the world is to achieve its goal of limiting warming to 2 degrees Celsius or less." According to NASA and other scientists, even half of one degree at a planetary scale is enormously significant.

Likewise, a 2016 study published by the European Geosciences Union examined the difference between a global temperature increase of 1.5 degree Celsius vs. a 2.0 C by the end of the century. It found that: heatwaves would last about a third longer; sea levels would rise higher; rainstorms would be around a third more intense; tropical coral reefs at risk of severe degradation would be greater, and while at 1.5 C some might recover, at 2 C they would be permanently gone; water loss in the Mediterranean area almost doubles; losses in wheat and maize harvests in the tropics double; and any carbon increase advantage in crops, Smith's favorite “benefit,” disappears at 2 C rather than 1.5 C.

Representative Smith continues along these same lines, highlighting the impact on jobs and the economy: "Bad deals like the Paris Agreement would cost the U.S. billions of dollars, a loss of hundreds of thousands of jobs, and have no discernible impact on global temperatures. Instead of succumbing to fear tactics and exaggerated predictions, we should instead invest in research and technology that can help us better understand the effects of climate change."

Researchers estimate that the GDP of the US between 2016 and 2099 will actually be 36% lower if climate trends continue. And many major US companies — including Apple, Gap, Facebook, Google, Microsoft, Morgan Stanley, ExxonMobil, and ConocoPhillips— support the Paris accord. It is logical to infer that, as these leaders of industry support the cause, there is no great threat to jobs in, at least, these sectors. Moreover, turning to clean energy (as noted above) creates many new jobs.

We already understand many of the effects of climate change. Representative Smith's assertions do not align with what science has to say about climate change.  “Please see this related post.

In short, according to science, is dangerous to add CO2 to the atmosphere. Research shows that any positive impact that climate change has on agriculture is realized only in the very short term, and the benefits are overwhelmed by the negative effects. Increased atmospheric CO2 will increase the size of deserts and shrink the range available to other plants. It will increase plant damage from insects, and water and soil fertility requirements will become unfulfillable. Increased CO2 levels are beneficial inside small enclosed spaces like greenhouses, not on a planet-wide basis.

Those are the facts.