The Solar Industry Is Creating Jobs 17 Times Faster Than the Rest of the U.S. Economy

As fossil fuel jobs disappear, solar and other clean energies continue to thrive. 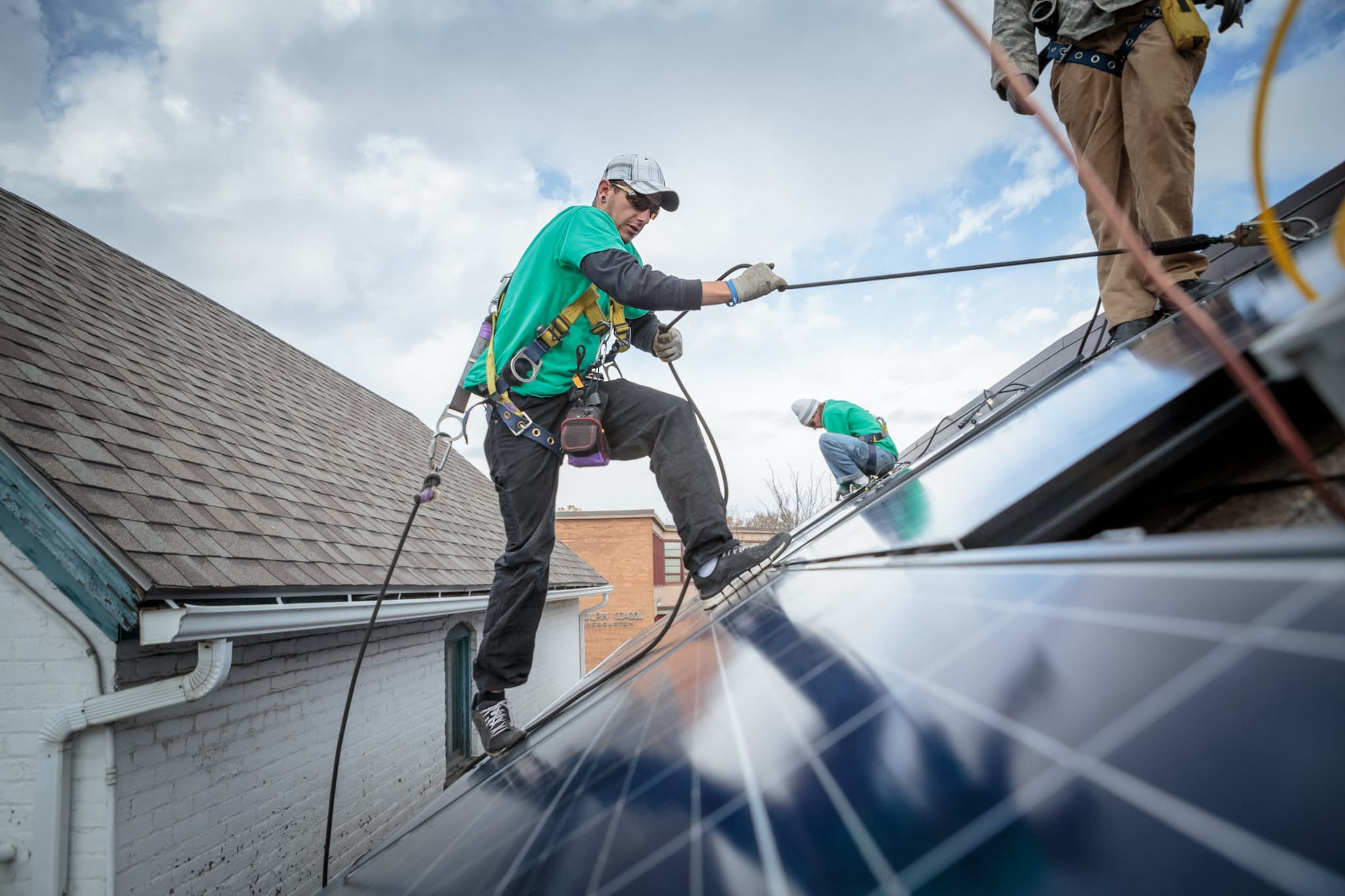 A new report released by the International Renewable Energy Agency (IRENA) reveals that solar jobs in the U.S. (and other nations) are expanding quickly. As of November 2016, the American solar industry employed 260,077 workers. This is an increase of 24.5% from 2015, with a growth rate that is 17 times faster than the United States economy as a whole.

The lion's share of these jobs (241,900) were in solar photovoltaics, with an additional 13,000 in solar heating and cooling, and the remaining 5,200 in concentrated solar power (CSP). More than half of all solar jobs in the U.S. were in installation. Another 15% were in manufacturing, with 13% in project development, 12% in sales and distribution, and a final 6% in other areas, including research and development.

The sunlight that is harvested by solar systems is, obviously, free. This makes labor costs and materials the main areas of spending in the solar industry. As costs for materials continue to drop, solar jobs remain a well-compensated area for blue-collar workers. The solar labor force is also becoming more diverse, with the number of women workers at 28% in 2016, up from 19% in 2013, with up to 33.8% in the sales and distribution area. This means more women have jobs in solar than in the conventional energy industry, although women in solar still lag behind their representative 47% of the U.S. economy.

Solar jobs aren't the only thriving area in the U.S. economy right now. Wind industry employment produced around 102,500 jobs in 2016, which IRENA projects will grow to 147,000 jobs by 2020. Jobs in ethanol declined despite increased production due to rising labor productivity; most ethanol-related jobs (about 161,700) were in agriculture, with about 35,000 jobs in actual ethanol production. 23% more biodiesel production in 2016 meant a corresponding 23% in jobs, about 61,100 total, with almost 80,000 total in direct and indirect employment in solid biomass. Finally, there were about 7,000 biogas jobs in the U.S. in 2016.

Jobs in fossil fuels are going away as the sources of the fuels become scarcer and less expensive options become available. As R&D overcomes more of the stumbling blocks to bringing power from renewable sources into the grid and prices continue to drop, we can expect to see more jobs in renewables. They are safer, healthier, and more sustainable than jobs in the fossil fuel industry, so this is great for our labor force as well as the planet.

Read This Next
Weird Times
White House Brags That America Is Producing More Oil and Gas Than Ever
Futurism
The DoE May Bail Out Failing Coal Plants in the Name of National Security
Futurism
EVs Can't Change the World Until We Change How We Sell Them
Futurism
Green Energy: Good For The Planet, Bad For Fossil Fuel Workers
Futurism
Arnold Schwarzenegger Is Suing Big Oil for Climate Change
More on Earth & Energy
Stem Ware
Yesterday on the byte
Scientists Discover World's Oldest Preserved Vertebrate Brain
From Bad to Worse
Thursday on the byte
Global Warming Is Worse Than We Thought, AI Tells Scientists
RIP Fred
Thursday on the byte
Instead of Predicting Length of Winter, Groundhog Simply Dies
READ MORE STORIES ABOUT / Earth & Energy
Keep up.
Subscribe to our daily newsletter to keep in touch with the subjects shaping our future.
+Social+Newsletter
TopicsAbout UsContact Us
Copyright ©, Camden Media Inc All Rights Reserved. See our User Agreement, Privacy Policy and Data Use Policy. The material on this site may not be reproduced, distributed, transmitted, cached or otherwise used, except with prior written permission of Futurism. Articles may contain affiliate links which enable us to share in the revenue of any purchases made.
Fonts by Typekit and Monotype.