In Just Ten Years, Renewable Energy Will Be Cheaper Than Fossil Fuels

The fall of fossil fuels has officially begun.

This year we celebrated Earth Day with marches being held across the nation, including the capital and even around the world. The marches are set up to counter the anti-science policies that have been put in place by the current administration. The United States government is completely under control of a political party that is one of very few around the world that does not recognize the threat of global climate change. According to Paul Getsos, national coordinator of People’s Climate Movement, “It also sends a dangerous message to the world that the United States does not care about climate change or protecting front-line communities.”

One of Trump’s biggest campaign promises was to bring back coal, a fossil fuel that has a deleterious effect on the environment. This runs contrary to current trends in the energy market here in the US as well as around the world. The price of generating renewable power is rapidly falling and it’s starting to make more financial sense. Local governments and business are starting to embrace a switch from fossil fuels to more sustainable forms of power generation.

Solar power is a clear leader in the renewable energy game. According to Bloomberg, “Just since 2000, the amount of global electricity produced by solar power has doubled seven times over.” The technology that makes it possible to collect the sun’s energy is getting cheaper to produce, partially fueled by increased innovation but also by governments’ willingness to invest and subsidize the tech.

However, not all of the world has the luxury of being able to easily move to renewable sources of energy. Many developing nations are focusing their energy on providing the infrastructure to get power to underserved regions. 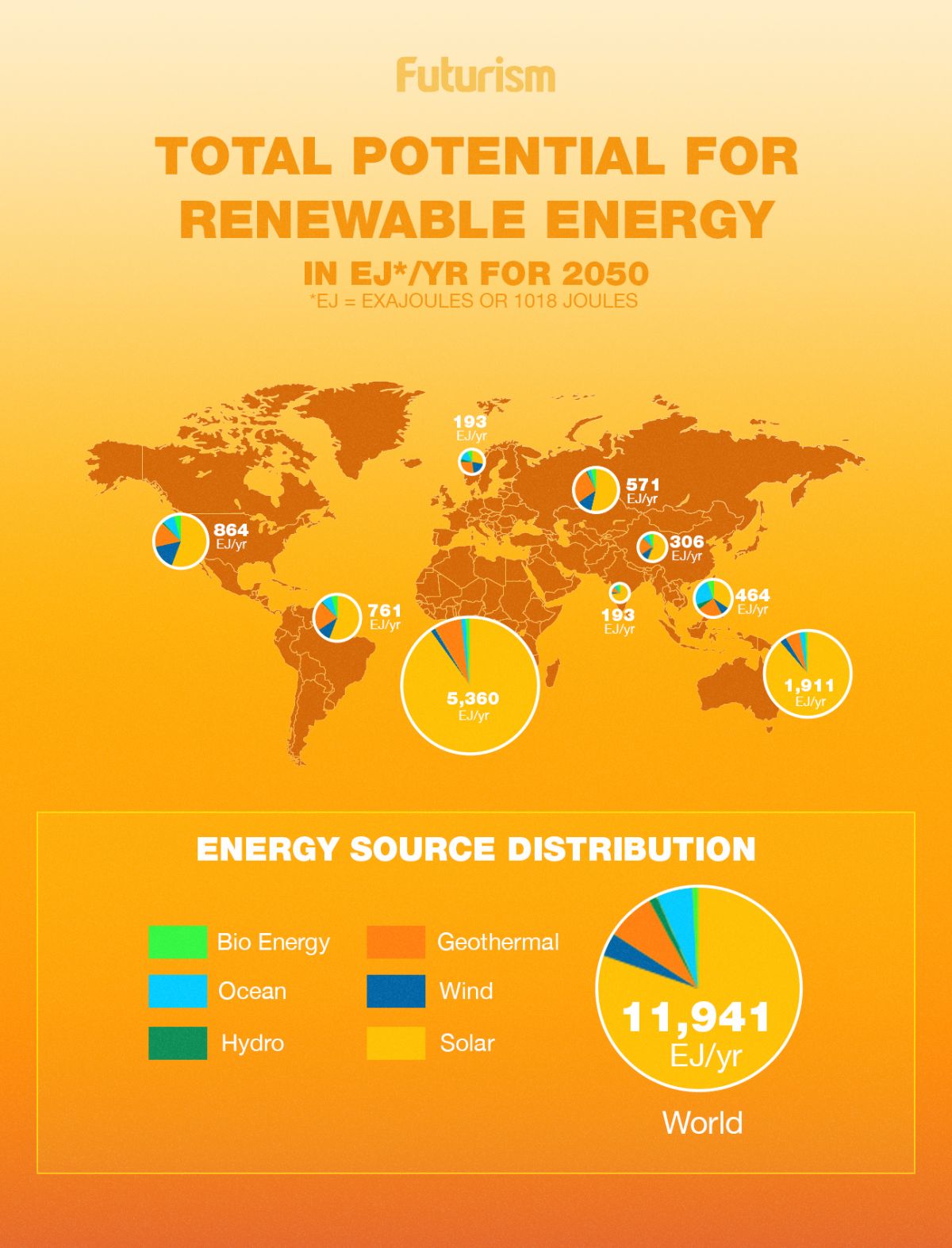 Prices for renewable energy are already cheaper in more technologically advanced nations, but within the next decade those prices could be extended to all parts of the globe. Not all nations have the kind of space that solar power generation requires, therefore there is no single renewable source of clean energy that is one size fits all. Thankfully, the world is not relegated to a few choices, and there are already novel ideas developed that can cater to regions’ unique capabilities.

One such example is tidal wave generation. Scotland is a leader in this emerging field. The MeyGen tidal stream project off the northern coast of Scotland is the first of its kind. Each turbine in the planned 269 turbine farm can produce 1.5 megawatts of power, which is collectively enough to power 175,000 homes. This could be a great technology to further develop for small island nations who may not have the room to install other sources of energy generation.

As clean energy technology gains traction, the tech will continue to develop. Researchers are working to improve on existing technologies. There is even talk of the benefits of manufacturing solar panels in space to take advantage of the benefits of making panels in zero gravity. In the meantime, Elon Musk’s SolarCity has developed solar power generating roofing tiles. Other innovations such as transparent solar panels could turn entire metropolises of skyscrapers into mammoth solar farms.

A major piece (by no means, the entire puzzle) of tackling climate change is shifting our reliance on fossil fuels. Regardless of who sits in the oval office, climate change is real, and humans are to blame. The habitability of the only planet we can live on (at least at this point) is not an issue on which politicians can score political points.

This is not an issue that will be a problem for our grandchildren’s children to worry about; we are already seeing the ill effects around the world. The very landscape of the planet is changing all around us. Holding politicians accountable is not just an excuse to carry snarky signs in Washington on a single day in spring. Real change needs to happen, even starting at the level of personal decisions. We need to think globally but act locally.