This event is directly attributed to human activity. 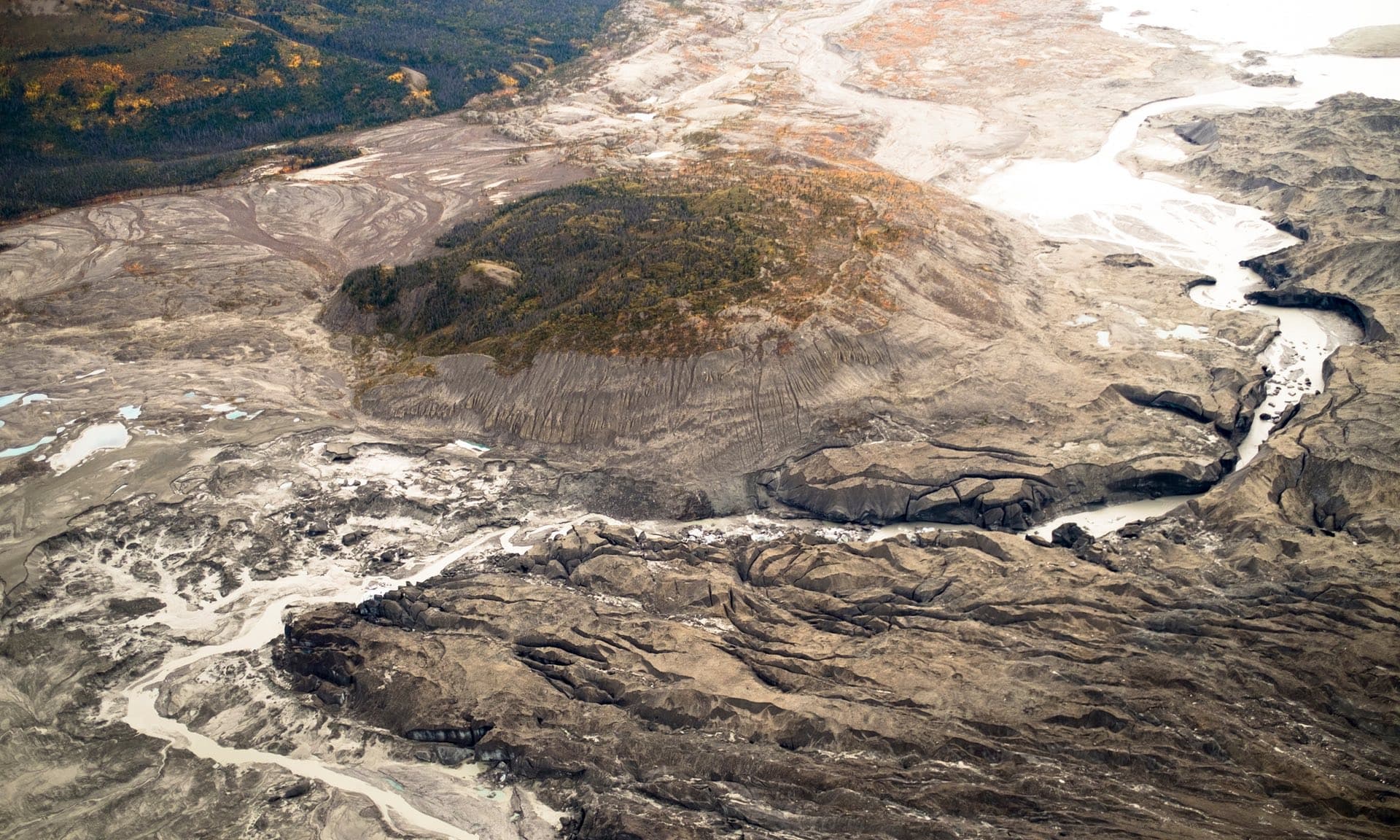 A major river that originated from one of the largest glaciers in Canada vanished last year in only four days. In new research, scientists describe this event as a dramatic illustration of the extreme changes global warming can have (and is having) upon Earth’s geography. The disappearance of the Slims river, unexpected and abrupt, is the first case of “river piracy,” in which the flow of one river is suddenly diverted into another, that has ever been observed.

For centuries, the Slims carried meltwater from the vast Kaskawulsh glacier in Yukon territory, Canada, north into the Kluane river. From there, it traveled into the Yukon river until it ended up in the Bering Sea. However, in spring 2016, global warming caused a period of melting of the glacier so intense that the drainage gradient redirected the meltwater thousands of miles into the Gulf of Alaska. A team of scientists who had been monitoring the long-term, incremental retreat of the glacier documented this continental-scale rearrangement.

Scientists studying the process concluded with 99.5% certainty that the cause of this is man-made climate change

Geoscientist Dan Shugar, the paper’s lead author, told The Guardian that, although geologists have noted evidence of river piracy in the distant past, they had not documented it in human history—until now. “[N]obody to our knowledge has documented it happening in our lifetimes,” said Shugar. “People had looked at the geological record, thousands or millions of years ago, not the 21st century, where it’s happening under our noses.”

The local landscape was transformed in a geological instant. Fresh vegetation growth patterns have changed, and animals have followed them, moving out of Kluane National Park and into unprotected territory, in danger of being hunted. Winds disturb the sediment from the riverbed, creating a haze in the air. The chemistry of the lake is changed and fish populations are changing with it.

The statistical analysis completed by the scientists studying the process have concluded with 99.5 percent certainty that the cause of this phenomenon is human-caused climate change. Although the Yukon is sparsely inhabited, river piracy in the future is likely to have catastrophic effects on more populated areas.

Ohio State University paleoclimatologist Lonnie Thompson, who was not involved in the work and has documented glacial retreat on Mount Kilimanjaro, predicts that piracy events will be observed more frequently as glaciers retreat globally. “I think we could see similar divergence in streams in the Himalayas as well as throughout the Third Pole region, the Andes of Peru, other sites in northern Canada and Alaska,” he said. “Often these events occur in remote and poor parts of our planet and thus go largely unnoticed by the larger population but greatly impact the livelihood of many families downstream.”

Other significant and novel effects of human-caused climate change have been observed recently. Bristlecone pine, the world's oldest species of tree, is nearing extinction due to habitat loss caused by climate change; many of these trees are nearly 5,000 years old. The Bristlecone pine is just one such example, as researchers studying range-shifts in flora and fauna have discovered local extinction events in more than 450 of the 976 plant and animal species being studied. In 2016, the Australian Rat became the first mammal to go extinct due to climate change. In the past month, scientists have also announced that the Great Barrier Reef is at the terminal stage, and large portions of it will never recover.

However, scientific research is also offering us hope and concrete strategies for survival, if we'll only implement them. A new comprehensive review studying global carbon provided recommendations for reducing the effects of climate change, which included protection of the world's carbon sinks, increased dependence on renewable energy, and the reduction of fossil fuel use—all totally feasible goals.

If we want to avoid river extinctions elsewhere on our planet and the havoc they will wreak on local ecosystems, not to mention other harmful effects of climate change, now is the moment to act.