China continues to demonstrate its commitment to clean energy. 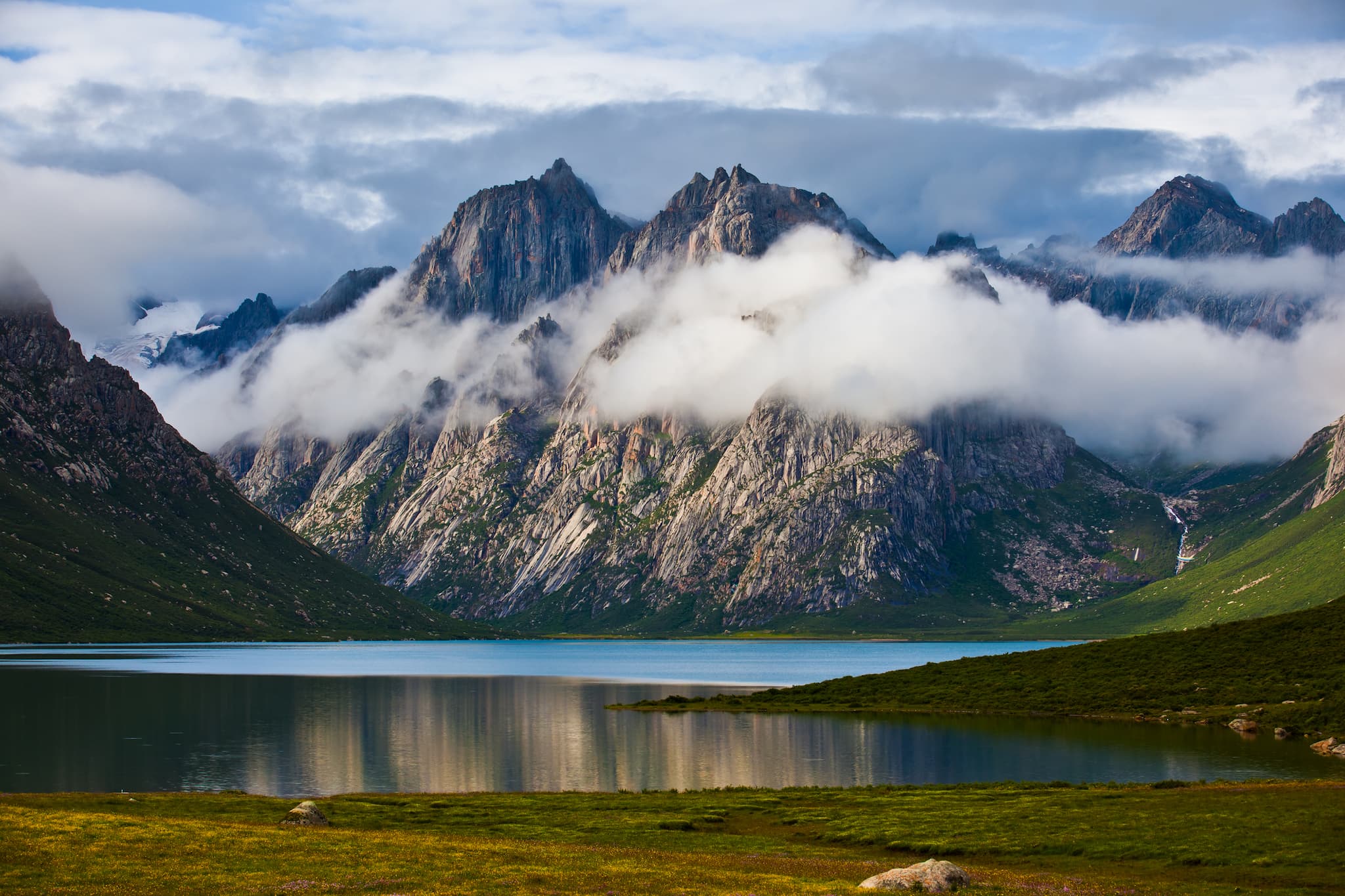 2017 is turning out to be a very productive year for China. Over the past couple of weeks, the east Asian giant has taken significant action to combat air pollution and limit its carbon footprint. The efforts, which include investing in renewable technology to combat the effects of its fossil fuel-based power plants, are part of China's ambitious goals to meet its Paris Climate Agreement commitments.

Now, in a historic demonstration, one of China's northwestern provinces just ran on only renewable energy for seven consecutive days. The trial took place in Qinghai, the country's fourth biggest region with a population of roughly 6 million people, and as of May 2017, about 82.8 percent of the province's 23.4 million-kilowatt capacity was already being generated by wind, solar, and hydro power sources.

According to China's official news agency, Xinhua, the province received 1.1 billion kilowatt hours of electricity — roughly equal to burning 535,000 tons of coal — from renewable energy sources from June 17 to 23. Of these, 72 percent came from hydro plants, while the rest was divided between solar and wind.

The reason behind the week-long demonstration is simple: China wanted to show that it's possible to power a province using just clean, renewable energy sources.

China isn't the first nation to prove it's possible to run entirely on renewables. Clean energy is setting energy generation records all over the world, including in the United States and in the United Kingdom.

Aside from the obvious environmental benefits, renewables are also economically sound, even more so than fossil fuels. China plans to invest 2.5 trillion yuan (roughly $370 billion) into renewable energy, which would generate more than 13 million jobs according to the National Energy Administration. Meanwhile, the solar industry in the U.S. is creating jobs at 17 times the rate of the rest of the economy.

Truly, clean energy does appear to be the best path forward for both our planet and our society.

Read This Next
Solar Slay
Solar Powered Machine Turns CO2 and Waste Plastic Into Valuable Fuel
Fusion Force
China Announces Plan for Hybrid Fission-Fusion Power Facility
Good Neighbors
German Government Says It May Keep Nuclear Plant Open After All
Unreliable Friends
Archipelagic Nation Sick of Other Countries Breaking Climate Change Promises
Dam Straight
China Says It's 3D Printing a 590-Foot Hydroelectric Dam With Zero Human Labor
More on Earth & Energy
From Bad to Worse
Yesterday on the byte
Global Warming Is Worse Than We Thought, AI Tells Scientists
RIP Fred
Yesterday on the byte
Instead of Predicting Length of Winter, Groundhog Simply Dies
Fly Guy
Wednesday on the byte
Bird Advocates Horrified by Pigeon Dyed Pink For Gender Reveal Party
READ MORE STORIES ABOUT / Earth & Energy
Keep up.
Subscribe to our daily newsletter to keep in touch with the subjects shaping our future.
+Social+Newsletter
TopicsAbout UsContact Us
Copyright ©, Camden Media Inc All Rights Reserved. See our User Agreement, Privacy Policy and Data Use Policy. The material on this site may not be reproduced, distributed, transmitted, cached or otherwise used, except with prior written permission of Futurism. Articles may contain affiliate links which enable us to share in the revenue of any purchases made.
Fonts by Typekit and Monotype.