By 2045, One of the U.S.'s Busiest Public Transport Systems Will Run on Clean Energy 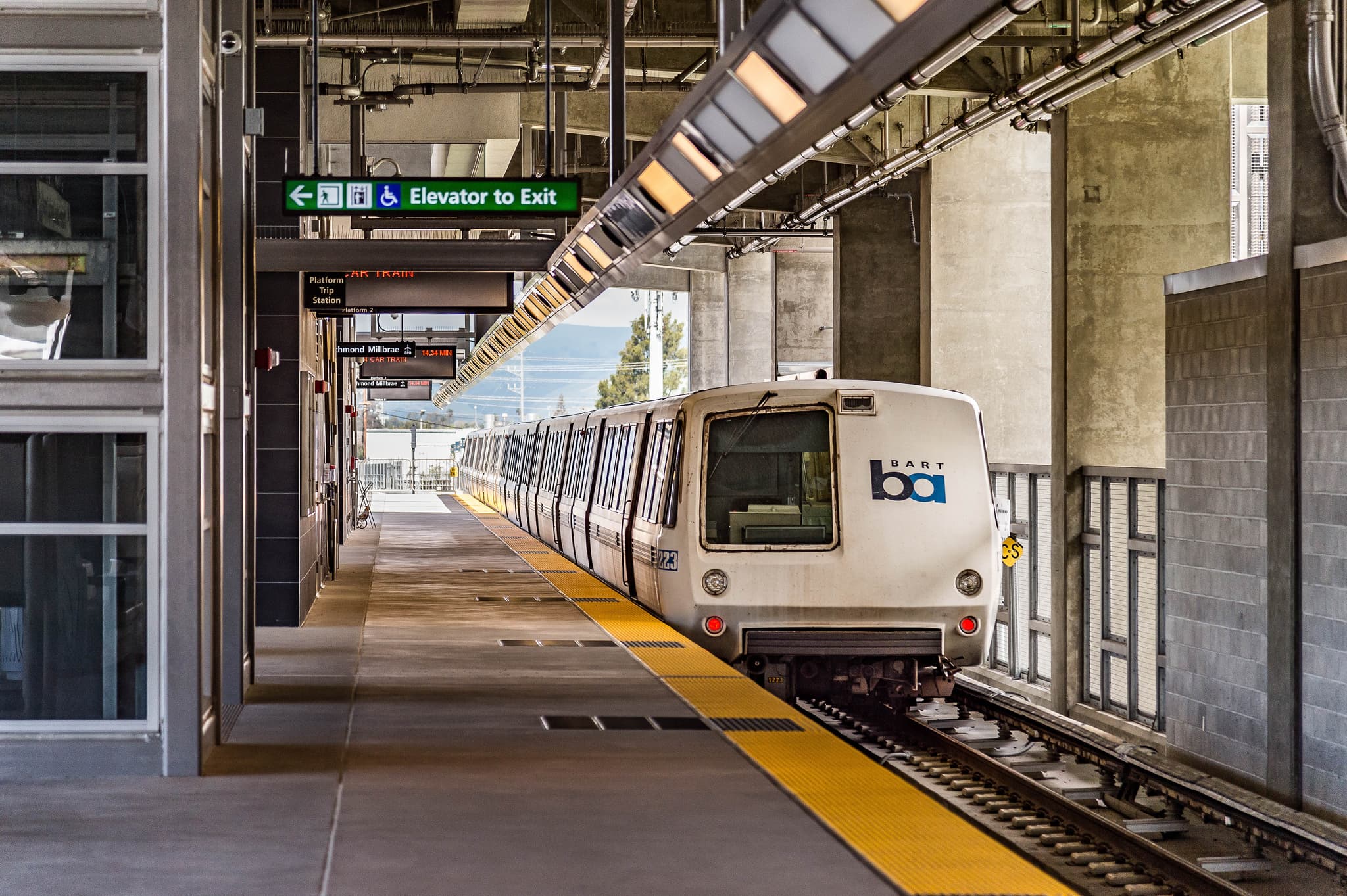 Making it a Green Bay

Public transportation is an excellent way to reduce the cumulative emissions of the region it services. Fewer fossil-fuel guzzling commuter vehicles on the road lead to less pollution. San Fransico's train service, the Bay Area Rapid Transit (BART), is going to be completely revamping how the train operates to reduce its environmental footprint. The program will slowly roll out through 2045 with the goal of the system's complete reliance on green energy.

The first phase of the initiative will target the gradual limiting of carbon dioxide emissions through 2024. A year later in 2025, the plan calls for at least half of the system's energy to be drawn from renewable sources. Additionally, 90 percent of the total energy use must come from low or zero-carbon sources.

The requirement for the complete use of zero-carbon sources will be met in 2035. Finally, BART is to run on solely renewable sources by 2045.

Regardless of how the current U.S. federal administration is trying to shape energy policy, the tide is changing in favor of renewables. Energy from fossil fuels like coal is becoming less profitable, and experts are clear in saying that it will never recover. Not only is renewable energy providing more economic opportunity, but it's also becoming cheaper to generate. This makes renewables more fiscally viable for businesses, including publicly run transportation entities like BART.

And BART is just one option that environmentally conscience commuters have these days. As electric cars become more affordable and even come equipped with solar panels, green transport is accessible to to almost everyone — even those who don't live in San Francisco.

Read This Next
Futurism
Uber Plans To Launch Flying Taxis With Technology That Doesn’t Exist
Futurism
Elon Musk Says Hyperloop Will Put Pedestrians, Mass Transit First
Futurism
Report Shows Half of Public Buses Will be Electric by 2025
Futurism
By 2019, There Will be Electric School Buses
Futurism
Twelve International Mayors are Pledging to Only Buy Electric Buses by 2025
More on Advanced Transport
Netflix and Drive
Monday on futurism
Mercedes Claims to Have Achieved Level 3 Automation, Beating Tesla
Battery Trouble
Monday on the byte
Tesla "Spontaneously" Bursts Into Flames While Driving Down Freeway
High Tide
Jan 27 on the byte
We’re in Awe of Amsterdam’s Huge Underwater Bike Parking Garage
READ MORE STORIES ABOUT / Advanced Transport
Keep up.
Subscribe to our daily newsletter to keep in touch with the subjects shaping our future.
+Social+Newsletter
TopicsAbout UsContact Us
Copyright ©, Camden Media Inc All Rights Reserved. See our User Agreement, Privacy Policy and Data Use Policy. The material on this site may not be reproduced, distributed, transmitted, cached or otherwise used, except with prior written permission of Futurism. Articles may contain affiliate links which enable us to share in the revenue of any purchases made.
Fonts by Typekit and Monotype.