Let's get those Ubers off the road and into the sky. 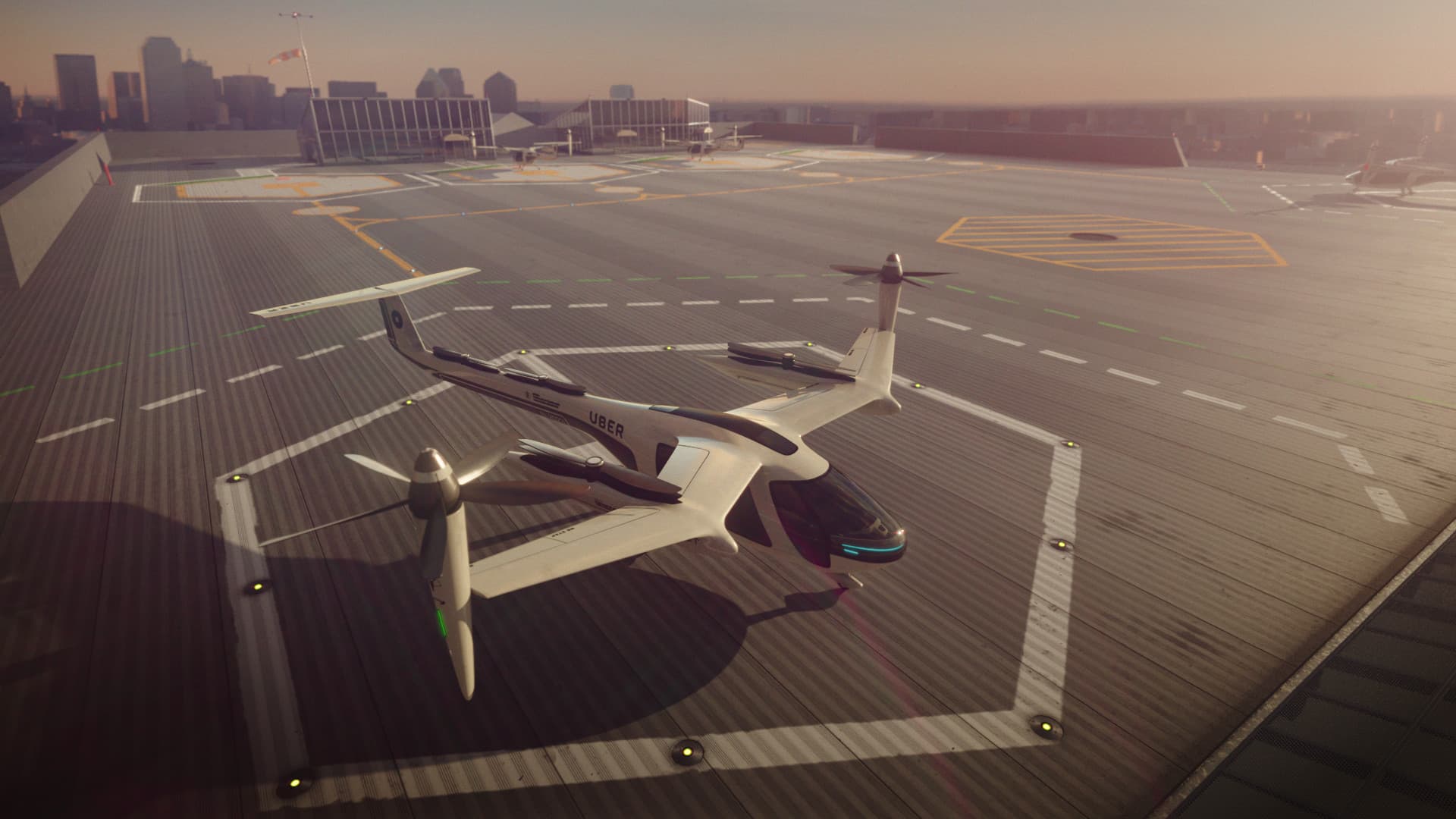 Tired of all the Ubers clogging up the road? Let's have Ubers clog up the skies instead.

That's right, the ride-sharing and transportation company that hauls your drunk ass home on Friday nights now wants to make machines that fly. The company will be revealing its plans for Uber Elevate, its proposed flying taxi service, over the next two days at its second annual Elevate Summit.

Uber envisions a future in which city dwellers can glide over that horrible, time-wasting gridlock and glide over all the unwitting Uber drivers and carpoolers in an electric plane/helicopter hybrid called a Vertical Takeoff and Landing (VTOL) vehicle.

If you’re one for hype, you will be excited to hear all about how the aircraft will be quiet, luxurious, clean, cheaper than taking a car, and (someday) operate autonomously. And to top it all off, the company, which has lost more money than most people can fathom, plans to start testing the service in just two years.

Finally! We can all enjoy the flying cars promised us back when visions of the future looked like episodes of The Jetsons. All Uber needs to do to bring this project to life is design new electric batteries, figure out the logistics necessary for coordinating thousands of flights per day, train enough VTOL-certified pilots who will eventually be phased out and replaced by an autonomous piloting system, and, oh, design an autonomous piloting system. If they can do all that without first losing all their money, then it should be smooth sailing.

There’s a joke to be made about Icarus in there somewhere, but honestly just reading all the stuff they have planned is far too taxing for that.

To be fair, this initiative could give way to major improvements in electric vehicles and improved fuel efficiency in transportation in general. Uber has been recruiting top aviation researchers to try its best to make this whole thing work out.

VTOLs can be powered by batteries we already have, at least to travel the distances needed for Uber’s proposed 2020 tests. But in order to move beyond that, someone will need to come up with a battery or fuel cell that can last longer, and charge faster, without taking up too much space or weighing too much to be lugged around.

Safe to say we'll know more about the specifics of Uber's plans after the conference.

Even if you don’t find yourself gliding from rooftop to rooftop in the next couple of years, this major push towards new, small-scale aviation technology could lead to a greener future.

Or, you know, be delayed for years and eventually turn into a plaything for the rich.

Read This Next
Netflix and Drive
Mercedes Claims to Have Achieved Level 3 Automation, Beating Tesla
LIDARally
Volvo's New Electric Car Won't Drive if It Detects That You're Drunk
Kiddy League
Tesla Fans Put Child in Path of Moving Tesla on Self-Driving Mode
Uber Bad
If This Leak Is Real, Uber Is in Huge Trouble
Charged Up
Startup Says Amazing New Battery Lets EVs Drive 400 Miles, Recharge in 15 Minutes
More on Advanced Transport
Battery Trouble
Monday on the byte
Tesla "Spontaneously" Bursts Into Flames While Driving Down Freeway
High Tide
Jan 27 on the byte
We’re in Awe of Amsterdam’s Huge Underwater Bike Parking Garage
Quelle Surprise!
Jan 26 on the byte
Of Course Elon Musk Is Pushing The Cybertruck Back Again, What Did You Expect?
READ MORE STORIES ABOUT / Advanced Transport
Keep up.
Subscribe to our daily newsletter to keep in touch with the subjects shaping our future.
+Social+Newsletter
TopicsAbout UsContact Us
Copyright ©, Camden Media Inc All Rights Reserved. See our User Agreement, Privacy Policy and Data Use Policy. The material on this site may not be reproduced, distributed, transmitted, cached or otherwise used, except with prior written permission of Futurism. Articles may contain affiliate links which enable us to share in the revenue of any purchases made.
Fonts by Typekit and Monotype.