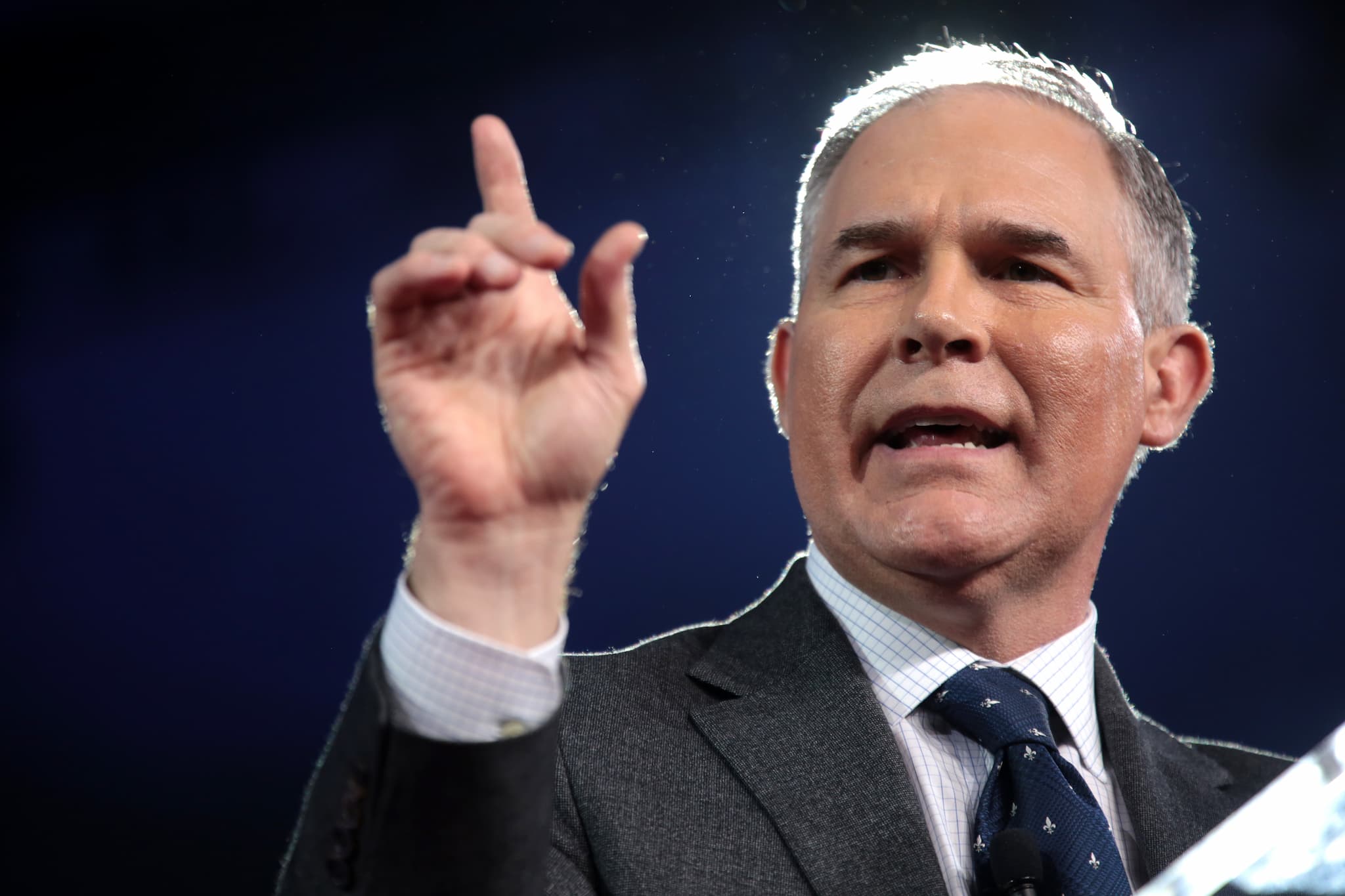 The Environmental Protection Agency (EPA)'s main mission is to "protect human health and the environment — air, water, and land." Yet the EPA's newly appointed head, Scott Pruitt, has stated that, despite overwhelming evidence to the contrary, he is not convinced of the toll that human-produced carbon emissions are taking on our environment.

In an interview with Joe Kernen, who hosts the morning news program Squawk Box, Pruitt was asked directly if he believed that carbon dioxide (CO2) is the "primary control knob on climate."

To which Pruitt replied, "No."

“I believe that measuring, with precision, human activity on the climate is something very challenging to do, and there’s tremendous disagreement about the degree of impact," Pruitt said. "So, no, I would not agree that it’s a primary contributor to the global warming that we see.”

According to Pruitt, despite evidence presented by the global scientific community, we still don't know whether human influence does indeed play a part in the steady deterioration of our environment. To that end, he insists that more efforts to debate, review, and analyze the data are necessary.

Pruitt's appointment as the head of the EPA saw strong opposition from environmentalists due to his close relationship with fossil fuel companies and history of casting doubt on climate change.

The basic science behind has track record that goes as far back as the 70s, when climate scientists first began suggesting that the accumulating carbon dioxide in the atmosphere would spur global warming. Since then, numerous studies have provided staggering evidence that clearly points to human influence as the primary cause for the environment’s current state. The impact of human pollution on climate has scientific consensus, and is not simply the belief of a few researchers.

Pruitt's assertion ultimately contradicts decades of research, including data and analysis presented by the very organization he now heads.

Back in 2014, the EPA detailed rules in order to reduce  emissions from power plants,  a move that was part of a world-wide effort to address global warming. Pruitt's doubt of CO2 emissions' impact on the environment puts him in conflict with the regulations that the EPA is responsible for enforcing.

His comments come after a recent report from NASA and the National Oceanic and Atmospheric Administration (NOAA) that the planet’s surface temperature rose by about 1.1 degrees Celsius (2 degrees Fahrenheit) since the late 19th century.

To date, nearly 100 scientific organizations from all over the world hold the position that climate change is indeed influenced by human activity. Their consensus notes that global warming is a result of human dependence on  that led to massive emissions of CO2 and other greenhouse gasses.

Read This Next
Sun Shield
Scientists Increasingly Calling to Dim the Sun
Tornado Watch
Tornadoes Like Kentucky's May Be Getting Stronger Due to Climate Change, Scientists Say
Run AMOC
Scientists Warn Gulf Stream May Collapse, Freezing North America
Better Late Than Never
US Formally Rejoins Paris Climate Agreement
Explosive Context
Scientists: Ocean Warming at the Rate of Five A-Bombs per Second
More on Earth & Energy
Fly Guy
Yesterday on the byte
Bird Advocates Horrified by Pigeon Dyed Pink For Gender Reveal Party
The Dos and Do-Do...
Yesterday on the byte
Startup Backed By "Jurassic World" Producer Says It Will Revive Extinct Dodo Using Complete Genome
Shark Smile
Tuesday on the byte
Influencer Fined for Eating Endangered Great White Shark
READ MORE STORIES ABOUT / Earth & Energy
Keep up.
Subscribe to our daily newsletter to keep in touch with the subjects shaping our future.
+Social+Newsletter
TopicsAbout UsContact Us
Copyright ©, Camden Media Inc All Rights Reserved. See our User Agreement, Privacy Policy and Data Use Policy. The material on this site may not be reproduced, distributed, transmitted, cached or otherwise used, except with prior written permission of Futurism. Articles may contain affiliate links which enable us to share in the revenue of any purchases made.
Fonts by Typekit and Monotype.