"It’s absolutely irresponsible to know that your product is killing people and not have a warning label on it." 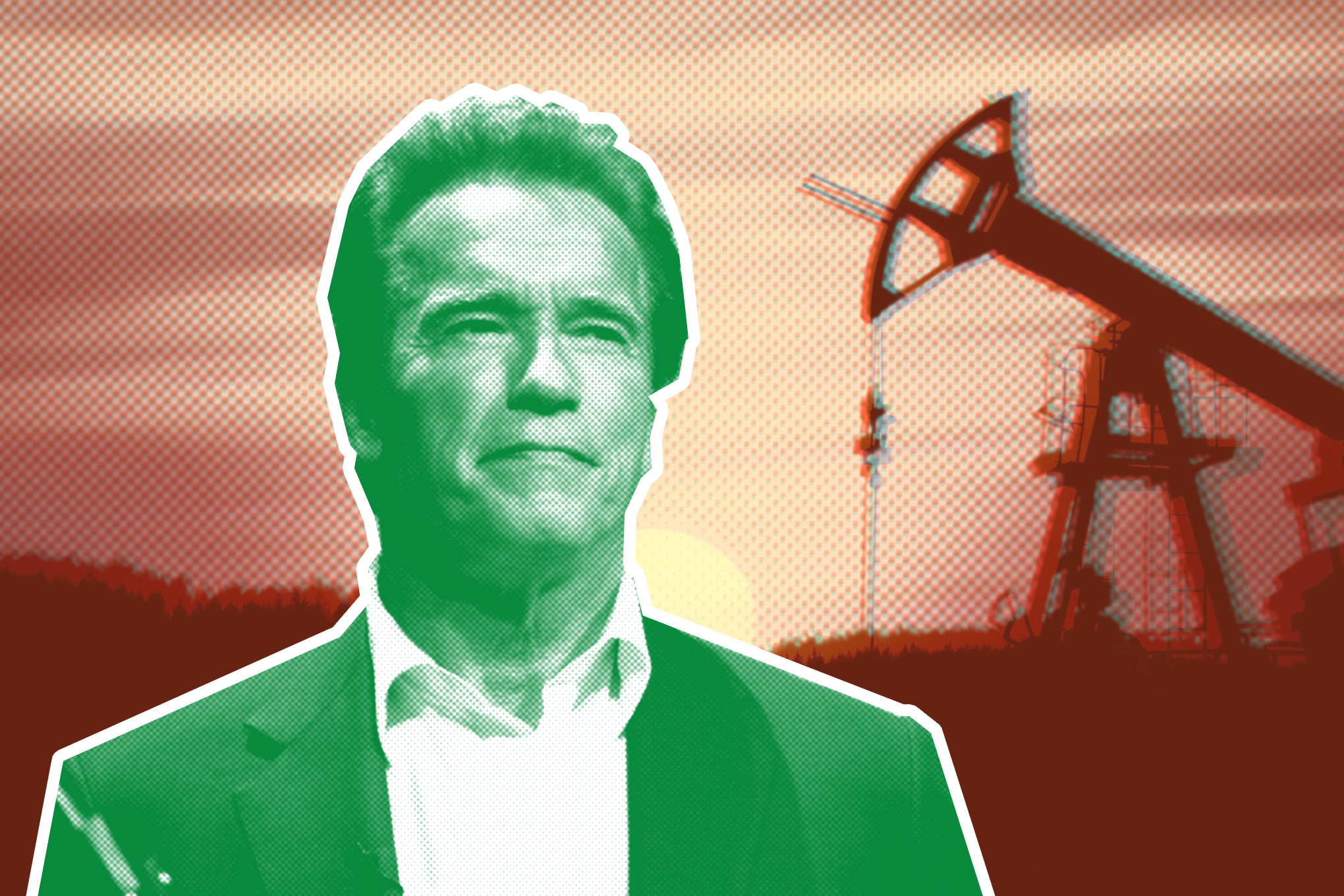 Former California Governor Arnold Schwarzenegger is coming after oil companies, claiming they were "knowingly killing people all over the world" by playing a part in triggering and exacerbating global warming. Schwarzenegger made the announcement on March 11 during a live recording of POLITICO’s Off Message podcast, revealing he was currently in talks with several private law firms to aid with the lawsuit.

"The oil companies knew from 1959 on, they did their own study that there would be global warming happening because of fossil fuels, and on top of it that it would be risky for people’s lives, that it would kill," Schwarzenegger said on the podcast. He compares the oil companies role in global warming to the tobacco industry hiding the fact that smoking can severely harm people's health.

And because people should be made aware of how much their lifestyle contributes to harming the environment, he believes any product that was produced, or processed, using fossil fuels (hint: that's nearly everything we buy) should have a label on it. After all, we've done the same with cigarettes, following the signing of the the Family Smoking Prevention and Tobacco Control Act in 2009.

The former governor went as far as to say that ignoring the impacts of extracting and profiting from fossil fuels was comparable to first degree murder: "If you walk into a room and you know you’re going to kill someone, it’s first degree murder; I think it’s the same thing with the oil companies,” he said.

Schwarzenegger didn't specify which oil companies he intends to sue, but he isn't the first politician to take aim at those believed to be responsible for global warming. In January, New York Mayor Bill de Blasio revealed his own lawsuit would target fossil fuel companies BP, Chevron, ConocoPhillips, Exxon Mobil, and Royal Dutch Shell, stating they each "intentionally misled the public to protect their profits."

In December, Reuters predicted a series of lawsuits against oil companies. Legal action over climate change damages is underpinned by a growing body of research linking individual oil corporations with specific degrees of global warming. A study from the Union of Concerned Scientists (UCS), published in the journal Climatic Change, found that the carbon emissions linked to the 50 biggest private oil companies, including BP, Chevron and Shell, were responsible for 16 percent of the global temperature rise between 1800 ans 2010.

“We’ve known for a long time that fossil fuels are the largest contributor to climate change,” said Brenda Ekwurzel, lead author and director of climate science with UCS, in a press release. “What’s new here is that we’ve verified just how much specific companies’ products have caused the Earth to warm and the seas to rise.”

Read This Next
Weird Times
White House Brags That America Is Producing More Oil and Gas Than Ever
Hitting Rock Bottom
Oil Companies Are Pumping Worthless Oil Back Underground
Futurism
EVs Can't Change the World Until We Change How We Sell Them
Futurism
Green Energy: Good For The Planet, Bad For Fossil Fuel Workers
Futurism
To Power Villages And Oil Rigs, Russia Sent A Nuclear Reactor On A “Tsunami-Proof” Barge
More on Earth & Energy
Shark Smile
Yesterday on the byte
Influencer Fined for Eating Endangered Great White Shark
Imagine Dragons
Monday on the byte
Miners Say "Sorry" for Losing Highly Radioactive Object Along Highway
Rock Battery
Jan 28 on the byte
Researchers Successfully Turn Abandoned Oil Well Into Giant Geothermal Battery
READ MORE STORIES ABOUT / Earth & Energy
Keep up.
Subscribe to our daily newsletter to keep in touch with the subjects shaping our future.
+Social+Newsletter
TopicsAbout UsContact Us
Copyright ©, Camden Media Inc All Rights Reserved. See our User Agreement, Privacy Policy and Data Use Policy. The material on this site may not be reproduced, distributed, transmitted, cached or otherwise used, except with prior written permission of Futurism. Articles may contain affiliate links which enable us to share in the revenue of any purchases made.
Fonts by Typekit and Monotype.