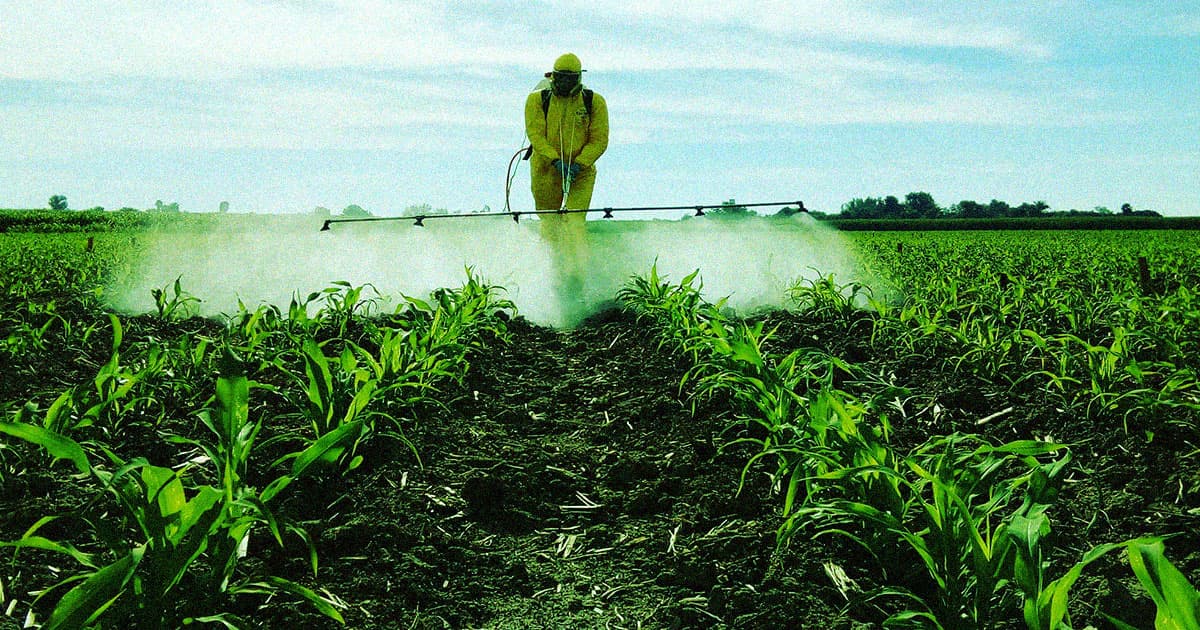 Researchers found that chemical pollution has crossed the "planetary boundary."

Researchers found that chemical pollution has crossed the "planetary boundary."

Welp, this is bleak.

A new study published in the journal Environmental Science & Technology found that chemical pollution has gotten so bad that it could upend the global ecosystems that support humanity. This is primarily due to plastic pollution, along with industrial chemicals such as those found in pesticides.

The authors claim that we’ve crossed a "planetary boundary," a term used to define environmental limits within which humans can safely survive. As such, we run the risk of doing massive, irreparable harm to Earth’s biological systems and ourselves.

"The pace that societies are producing and releasing new chemicals into the environment is not consistent with staying within a safe operating space for humanity," Patricia Villarrubia-Gomez, a research assistant at the Stockholm Resilience Centre and co-author of the study, told The Guardian.

It Wears Me Out

The study’s authors compiled data behind the rate of chemical production, along with the rate at which fossil fuels — which are used to create chemicals in addition to being used as fuel — are extracted to reach their conclusions.

"There’s evidence that things are pointing in the wrong direction every step of the way," Bethanie Carney Almroth, associate professor of ecotoxicology at the University of Gothenburg and co-author of the study, told The Guardian.

"For example, the total mass of plastics now exceeds the total mass of all living mammals," she continued. "That to me is a pretty clear indication that we’ve crossed a boundary. We’re in trouble, but there are things we can do to reverse some of this."

To confront the issue, the authors said that strong regulations that provide guardrails around plastic and chemical production must be implemented, similar to those already in place for carbon emissions.

Overall, the study paints a dire picture of how chemicals are impacting the health of the planet. We hope that world leaders will take heed of the scientists’ warnings — but if history and most natural disaster movies are any indication, nobody ever listens to the scientists.

More on plastic pollution horror: The US Is Filling the Oceans With Shocking Amounts of Disgusting Plastic