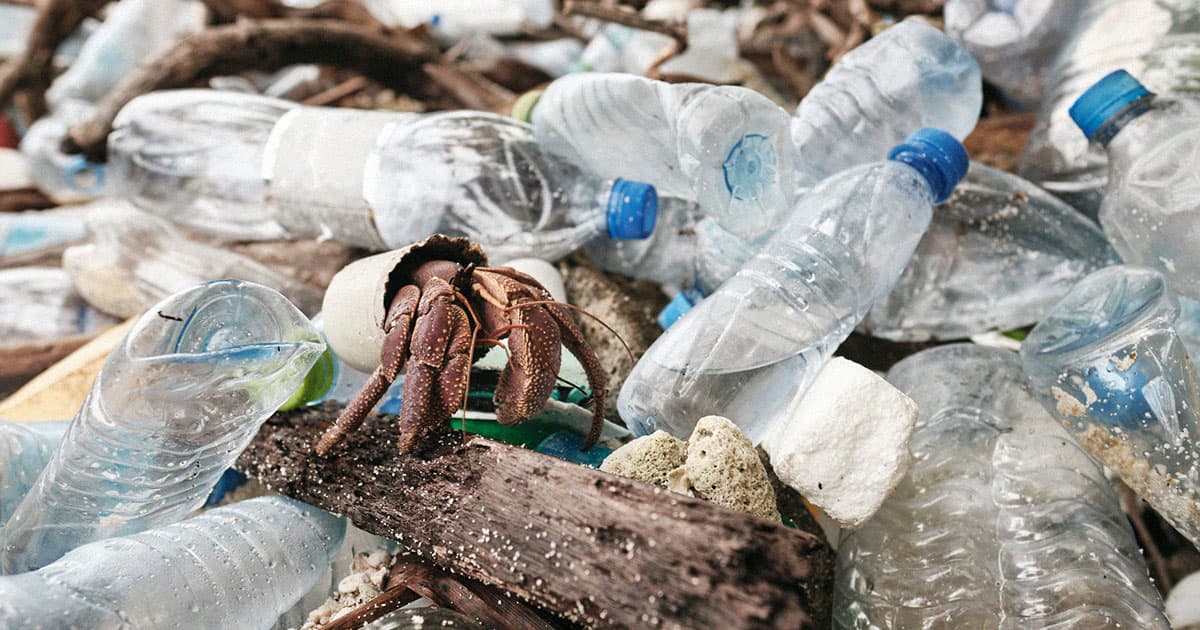 It could lead to the development of enzymes that can break down specific plastics.

It could lead to the development of enzymes that can break down specific plastics.

In a study that truly underscores the profound and devastating impact humans have on the environment, researchers have found that microscopic bugs are evolving to eat plastic.

The study, published in the journal Microbial Ecology, found a growing number of microbes that have evolved to carry a plastic-degrading enzyme. These bugs could hold the key to creating enzymes that break down specific plastics and alleviate the detrimental effects of anthropogenic pollution.

"We found multiple lines of evidence supporting the fact that the global microbiome’s plastic-degrading potential correlates strongly with measurements of environmental plastic pollution — a significant demonstration of how the environment is responding to the pressures we are placing on it," Aleksej Zelezniak, associate professor of biology at Chalmers University of Technology and coauthor of the study, told The Guardian.

Surprisingly, the scientists also found that almost 60 percent of the enzymes were previously undiscovered, and could break down plastics in a way they haven’t seen before. The team hopes that they can build off that finding to create enzymes that can break down more resilient types of plastics.

"The next step would be to test the most promising enzyme candidates in the lab to closely investigate their properties and the rate of plastic degradation they can achieve," Zelezniak told the newspaper. "From there you could engineer microbial communities with targeted degrading functions for specific polymer types."

So it’s a bit of a double-edged sword. While it’s very exciting to see a potential fix for plastic in the environment, it’s also bleak that the microbes only evolved due to how much we've polluted the planet.

More on plastic pollution: The US Is Filling the Oceans With Shocking Amounts of Disgusting Plastic

Reduce, Reuse, Landfill
A Shocking Amount of US "Recycling" Goes Straight to the Landfill
10. 24. 22
Read More
Remember Donald?
Donald Trump Goes on Bizarre Rant Against Electric Cars
9. 6. 22
Read More
Dry Dock
The Top 13 Wildest Objects That Terrible Droughts Have Revealed
8. 27. 22
Read More
+Social+Newsletter
TopicsAbout UsContact Us
Copyright ©, Camden Media Inc All Rights Reserved. See our User Agreement, Privacy Policy and Data Use Policy. The material on this site may not be reproduced, distributed, transmitted, cached or otherwise used, except with prior written permission of Futurism. Articles may contain affiliate links which enable us to share in the revenue of any purchases made.
Fonts by Typekit and Monotype.