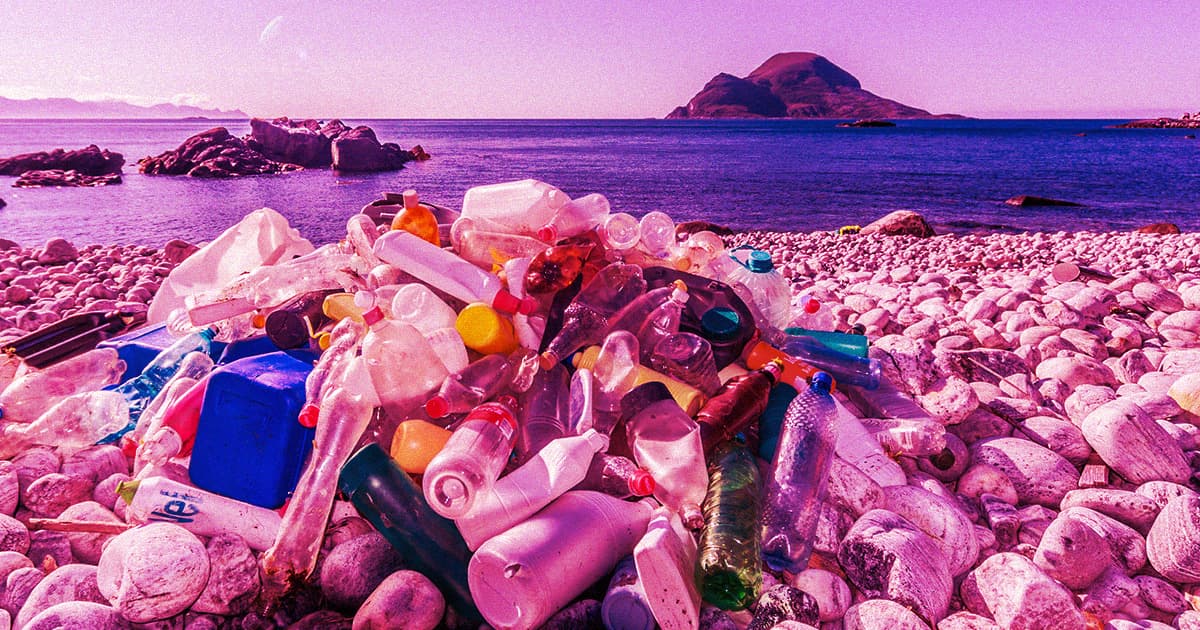 "As consumers, we believe that when we properly separate our plastic trash, all of it will magically be recycled."

"As consumers, we believe that when we properly separate our plastic trash, all of it will magically be recycled."

An international team of researchers are ringing the alarm bells, warning that our global plastic pollution problem may be nearing the point of no return.

In a new study published in the journal Science, the researchers found that the planet is approaching a tipping point. Plastics are a "poorly reversible pollutant," the team argues, since they degrade very slowly, and are being recycled at less than sufficient rates globally.

"Plastic is deeply engrained in our society, and it leaks out into the environment everywhere, even in countries with good waste-handling infrastructure," said Matthew MacLeod, a professor at Stockholm University and lead author of the study, said in a press blurb about the research.

Despite rising awareness of the issue, plastic pollution is still trending upwards, McLeod's team argued — in other words, we're permeating our entire ecosystem.

Root of the Problem

The researchers believe that plastic pollution isn't just an environmental issue, but a political and economic one as well — the root of the problem that needs to be addressed first.

"The world promotes technological solutions for recycling and to remove plastic from the environment," said Mine Tekman, a PhD candidate at the Alfred Wegener Institute in Germany and co-author of the study, in the blurb. "As consumers, we believe that when we properly separate our plastic trash, all of it will magically be recycled."

But that's not enough.

"Degradation is very slow and not effective in stopping accumulation, so exposure to weathered plastic will only increase," said Hans Peter Arp, a researcher at the Norwegian Geotechnical Institute who also worked on the research.

The problem is even worse in remote environments, where debris cannot simply be cleaned up. The existence of microplastics, tiny particles that have been found practically everywhere in nature — even inside human organs — only adds to the problem.

In short, far-reaching measures are needed.

"Reducing emissions requires drastic actions, like capping the production of virgin plastic to increase the value of recycled plastic, and banning export of plastic waste unless it is to a country with better recycling," Tekman argued.

"So far, we don’t see widespread evidence of bad consequences, but if weathering plastic triggers a really bad effect we are not likely to be able to reverse it," MacLeod warned in the statement. "The cost of ignoring the accumulation of persistent plastic pollution in the environment could be enormous."

Circle of Life
Hooray! The Great Pacific Garbage Patch Has Become a Thriving Ecosystem, Scientists Say
May 1
Read More
Plastic Deluge
The US Is Filling the Oceans With Shocking Amounts of Disgusting Plastic
12. 2. 21
Read More
Brands We Love
Cut Plastic Waste With a LastSwab Reusable Swab
8. 2. 20
Read More
+Social+Newsletter
TopicsAbout UsContact Us
Copyright ©, Camden Media Inc All Rights Reserved. See our User Agreement, Privacy Policy and Data Use Policy. The material on this site may not be reproduced, distributed, transmitted, cached or otherwise used, except with prior written permission of Futurism. Fonts by Typekit and Monotype.