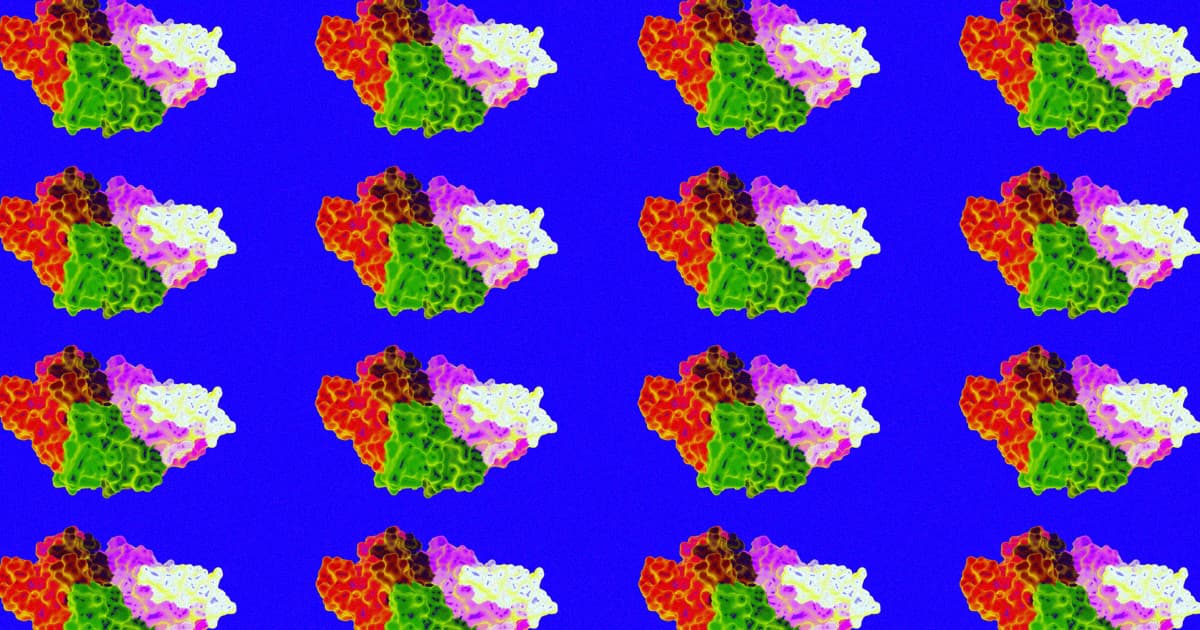 The new enzyme breaks down plastic six times faster than the previous best one.

The new enzyme breaks down plastic six times faster than the previous best one.

As plastic waste increasingly coats the planet, a growing number of scientists are exploring new ways to break it down to its core molecules so it's less damaging to the environment.

Now, CNN reports, a team of scientists led by University of Portsmouth biologist John McGeehan say they've engineered an enzyme — that means a molecule that kickstarts chemical reactions — that can break down plastic faster than any other. There's more work to be done, but it's an encouraging sign for efforts to curb the pileup of plastic waste.

The new enzyme can make its way through plastic six times faster than the previous plastic-devouring enzyme developed by members of the same team, according to research published Monday in the journal PNAS.

"We were actually quite surprised it worked so well," McGeehan told CNN, though he added that the enzyme is "still way too slow" to be helpful at any meaningful scale.

To make the new enzyme, the team borrowed a trick from the biofuel industry, according to CNN: stitching two effective enzymes together to make an even more powerful one.

It turns out that mixing a new enzyme called MHETase in with the existing plastic-eating enzyme PETase speeds the process up two-fold, and connecting the two triples their speed on top of that. Combined, they could someday serve as the basis of a much more effective plastic recycling program.

More on plastic waste: A New Kind of Plastic Could Be Recycled Indefinitely

There They Go
Biotech Company Officially Unleashes Gene-Hacked Mosquitoes in Florida
5. 5. 21
Read More
Gene-Hacked Blood Suckers
Residents Furious at Release of 500 Million Gene-Hacked Mosquitoes
4. 26. 21
Read More
Brain Freeze
Colleges Are Mailing Brains to Students to Dissect at Home
9. 11. 20
Read More
+Social+Newsletter
TopicsAbout UsContact Us
Copyright ©, Camden Media Inc All Rights Reserved. See our User Agreement, Privacy Policy and Data Use Policy. The material on this site may not be reproduced, distributed, transmitted, cached or otherwise used, except with prior written permission of Futurism. Articles may contain affiliate links which enable us to share in the revenue of any purchases made.
Fonts by Typekit and Monotype.