"This opens another door." 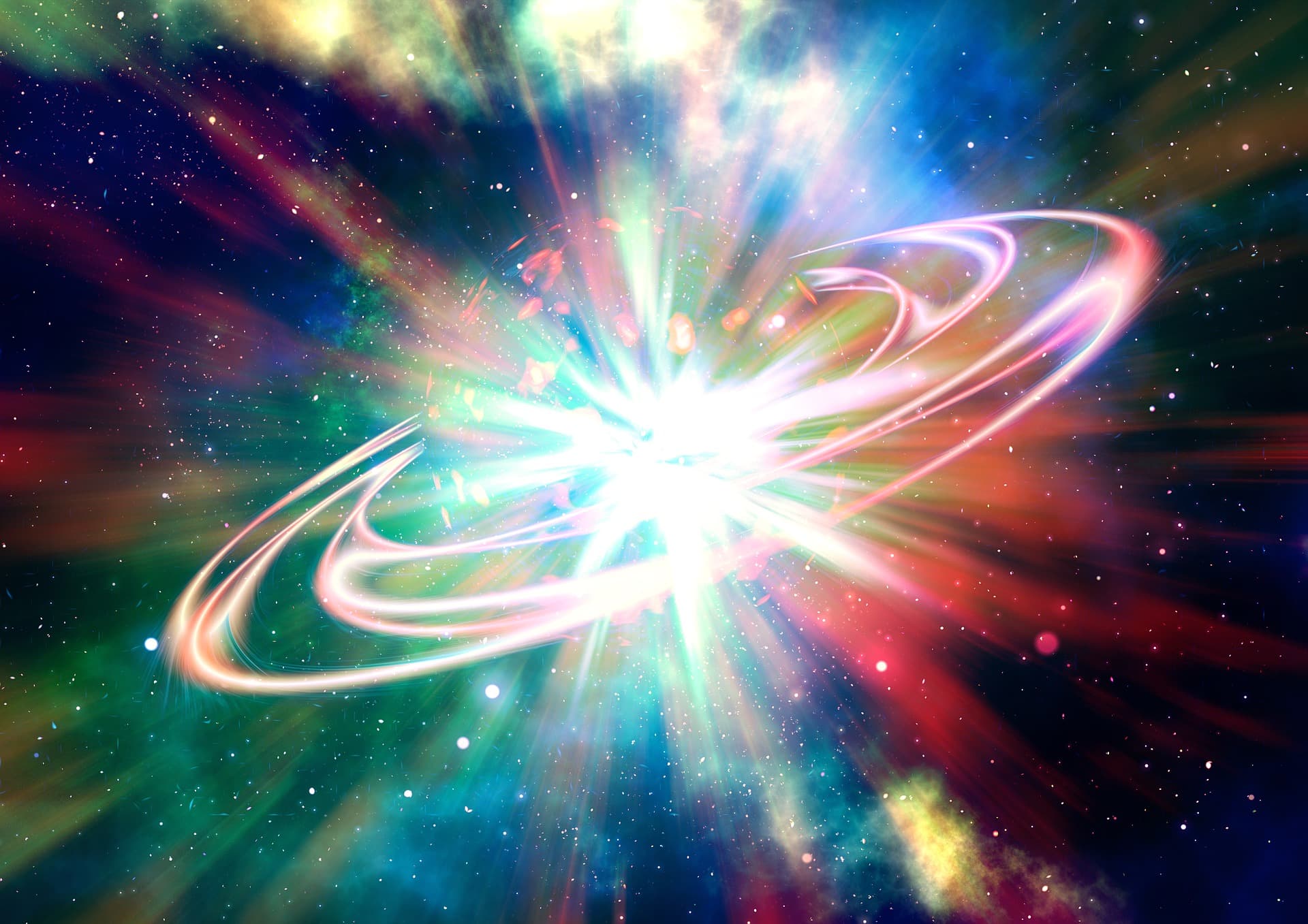 We know dark matter exists because we can observe how its gravity interacts with visible matter and electromagnetic radiation. There is something there, although we can't yet see it, or put a finger on what it is.

In the new study, Evan McDonough and Stephon Alexander from Brown University, with David Spergel from Princeton University, suggest that a mechanism involving gravitational waves — basically, ripples in the fabric of space and time, first theorized by Einstein and confirmed to exist only in 2016 — could explain how dark matter came to be.

McDonough's team used a model of the primordial universe that assumed the presence of particles called dark matter quarks, which aren't the same as today's dark matter. These dark quarks could have a property called chirality, referring to the way the particles twist, similar to neutrinos. The chirality or "handedness" of these dark quarks could have then interacted with the chiral gravitational waves in the early universe, producing the kind of dark matter we have today.

Supposedly, as the universe settled into a cooler state, the interactions between chiral dark quarks and chiral gravitational waves resulted in a small excess of the former. These condensed into a quirky state of matter called a superfluid, which could still exist as a background field today. What we know to be dark matter are proposed as excitations of this background field, in the same way photons are excitations of an electromagnetic field.

Interestingly, the dark matter particles resulting from such a model would be lighter than what's known as weakly interacting massive particles (WIMPs), which many researchers believe could make up dark matter. There hasn't been enough evidence to suggest, however, that this is the case. At any rate, being lighter than WIMPs would mean that dark matter wouldn't interact with normal matter. “It’s much wimpier than WIMPs,” Spergel told New Scientist.

As such, this dark matter theory could change how we should "look" for dark matter, as it wouldn't be possible to see such particles directly at all. Unlike WIMPs, these particles would also be distributed more evenly across the galaxy. At the same time, the ratio of dark matter and normal matter wouldn't necessarily be constant throughout the universe.

Spergel explained, however, that this unique behavior could also provide us with a way to find dark matter. A more uniform, non-clustered distribution of dark matter could spill over into cosmic microwave background — the Big Bang's residual radiation — and produce a unique signature. It could even affect the formation of larger-scale structures, like galaxy clusters. It could also, perhaps, have an effect on gravitational waves.

In any case, any new dark matter theory is certainly a welcome one, as experts continue exploring other possibilities to account for dark matter — or even dismiss it altogether.

“It’s a cool idea,” Stanford University's Michael Peskin, who wasn't part of the study, told New Scientist. “Right now, dark matter is completely open. Anything you can do that brings in a new idea into this area, it opens a door. And then you have to walk down that corridor and see whether there are interesting things there that suggest new experiments. This opens another door.”

Read This Next
Dark Secrets
Scientists Just Detected the Oldest Dark Matter Ever Observed
Walled Up
Scientists Say Space Is Filled With Invisible Walls
Turn Back Time
Scientists Say There May Be a Mirror Universe in Which Time Runs Backwards
Into Darkness
Inside NASA's Bold Proposal to Probe the Mysteries of Dark Matter
Ripple Burst
Scientists Detect "Tsunami" of Gravitational Waves
More on Hard Science
Tractor Beam
Thursday on the byte
Scientists Build Working Tractor Beam, Although It's Comically Tiny
Having a Blast
Jan 18 on the byte
New Study Shows Where You Should Hide to Survive a Nuclear Attack
Offworld Amino
Jan 15 on the byte
Scientists Find Building Blocks of Life in Meteor That Smashed Into Family's Driveway
READ MORE STORIES ABOUT / Hard Science
Keep up.
Subscribe to our daily newsletter to keep in touch with the subjects shaping our future.
+Social+Newsletter
TopicsAbout UsContact Us
Copyright ©, Camden Media Inc All Rights Reserved. See our User Agreement, Privacy Policy and Data Use Policy. The material on this site may not be reproduced, distributed, transmitted, cached or otherwise used, except with prior written permission of Futurism. Articles may contain affiliate links which enable us to share in the revenue of any purchases made.
Fonts by Typekit and Monotype.