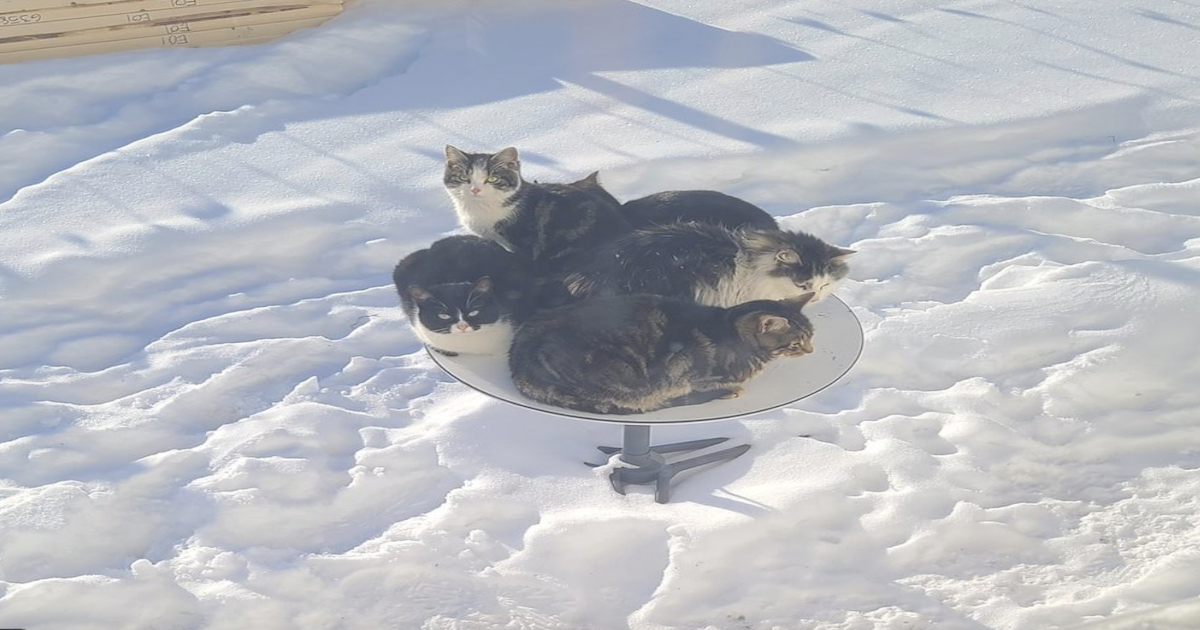 Looks like SpaceX's Starlink — Elon Musk's bid to establish his space company as a heavyweight internet service provider using constellations of small satellites — receiver dishes are attracting local cats on cold days. In a recent Starlink customer's tweet, we counted at least five cats cuddled up on one of the dishes, apparently to stay warm and take advantage of the heat it produces.

"Starlink works great until the cats find out that the dish gives off a little heat on cold days," Twitter user Aaron Taylor tweeted on New Year's Eve.

Starlink is SpaceX's internet service that uses orbital satellites, some of which recently kicked off an international incident after the Chinese space station had to swerve out of their way — but there may be no avoiding the cute, terrestrial feline infestation as long as the dishes aren't in use.

The dishes appear to be attracting felines when their "Snow Melt Mode" is engaged, according to Tesmanian. It's possible the dishes also attract other small critters, and one Reddit user even went so far as to use thermal imaging to determine why animals may congregate around their dish.

"I was checking my dish with a thermal sight and it actually looks like the whole dish, even the back side is warm," they reported. "So you might [see] animals under or around it in general if it's ground mounted."

Other users expressed concerns that birds perched on the rim of the dish might drop messes, potentially presenting performance issues. It's unclear if the intruders cause service interruptions, though.

In the past, though, publications including the Verge have poorly reviewed the internet provider, so even if reports of animals sitting on dishes abound, it would take thorough investigation to figure out whether they're the actual cause of any problem.

More on Starlink: SpaceX's Starlink Satellites Cause 1,600 Near-Crashes in Orbit Every Week