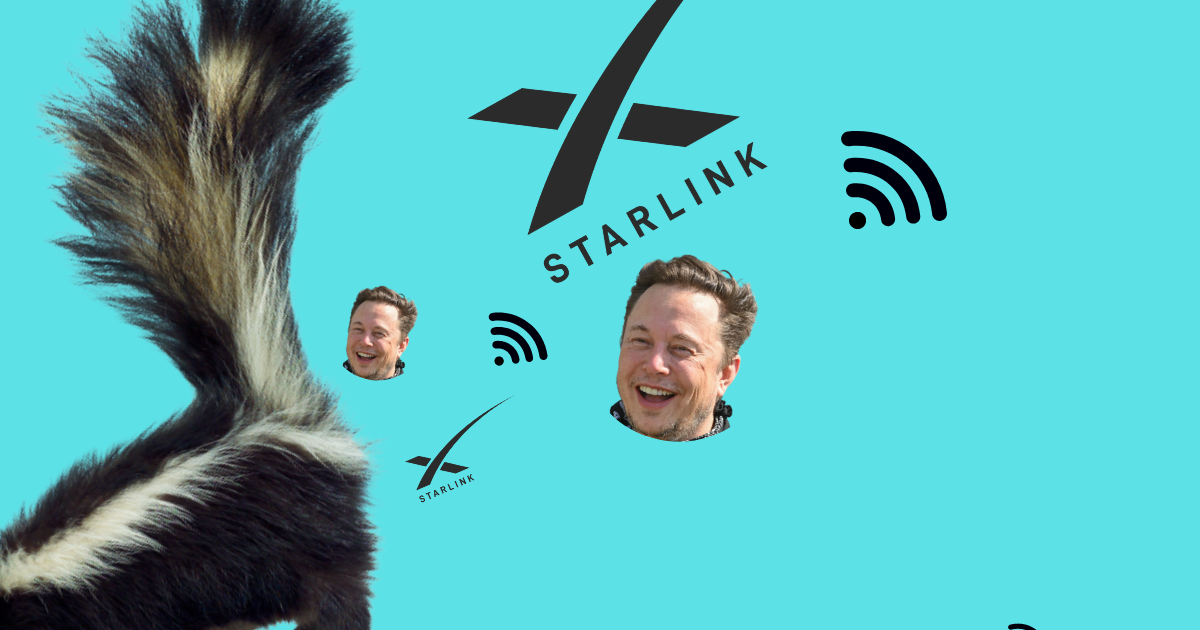 Whoever smelled it dealt it.

Whoever smelled it dealt it.

If there's one thing you can always rely on Elon Musk for it's a good laugh. The Tesla, SpaceX and possibly-Twitter head has a decent sense of humor and said online yesterday that he was changing the default WiFi router name for Starlink.

The implication being, of course, that when you set up Starlink wifi for the first time the entire neighborhood can see its name. It's actually a pretty clever way to use a "everybody's on the good ole' bandwagon" marketing strategy.

It's not super clear whether Musk thinks being stinky is a compliment — does he know that just about everyone on TikTok calls their pets stinky gremlins? Or does he think Stinky is an insult and just wants to poke fun at Starlink haters?

Folks in Musk's comments weren't supper appreciative of the joke. Some called him out for firing SpaceX employees who criticized the billionaire and so-called free speech advocate.

Even if the tweet was a little childish considering the many labor abuse laws he's potentially violated, it was still kind of funny.

Will Musk actually change the Starlink default name to Stinky? Who knows. But the controversial CEO has been making international headlines for years because of his tweets and weird interview quotes.

If everything you said was scrutinized top to bottom by millions of people every day, wouldn't you want to troll people sometimes? We wouldn't take it too seriously.

More on controversial figures: That AI Image Generator Is Spitting Out Some Pretty Racist Stuff