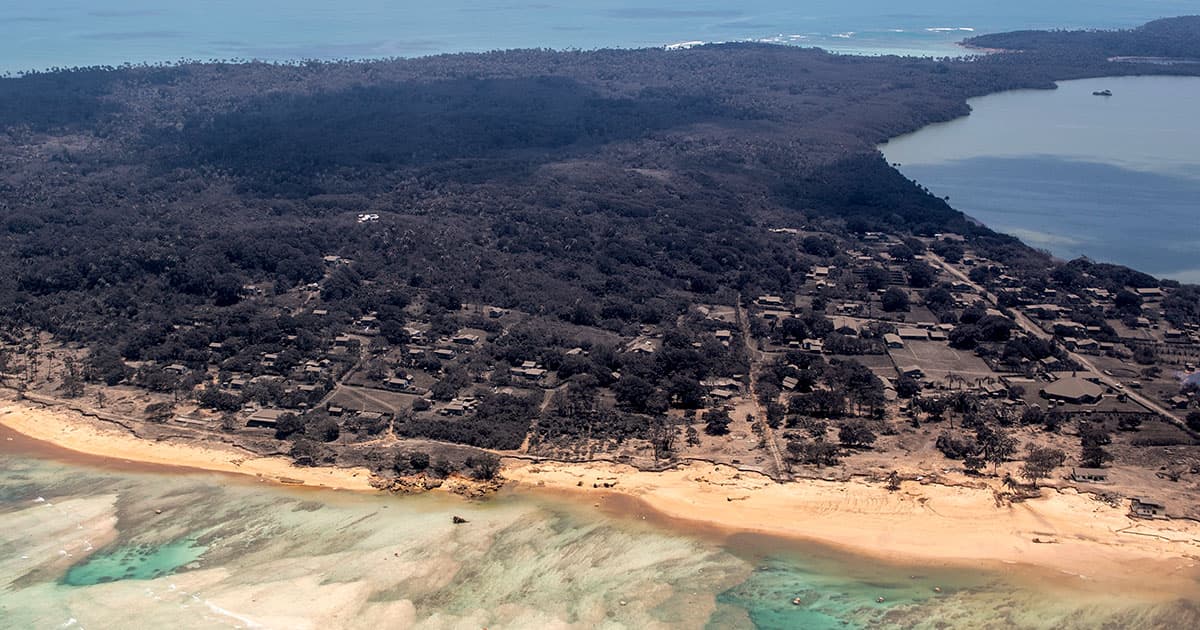 "This is a hard thing for us to do right now."

"This is a hard thing for us to do right now."

The small island nation of Tonga was devastated by a gigantic volcano eruption that seemingly swallowed an entire island whole over the weekend. The blast was so strong that it released an estimated ten megatons of energy, the equivalent of 500 atomic bombs.

Now, the nation is picking up the pieces. Most of its islands were covered in a thick layer of ash by the blast, including its airport, making landing and takeoff impossible right now.

Residents are also cut off from the world, as the eruption appears to have severed undersea communications cables as well, likely leaving residents without internet for an entire month.

But SpaceX CEO Elon Musk is diving into the fracas — offering to provide connectivity to Tonga via the company's Starlink internet service before seemingly hesitating about the proposal.

"Could people from Tonga let us know if it is important for SpaceX to send over Starlink terminals?" he tweeted early Friday morning.

"After the Minister told me in a phone call on Monday that the telecommunications cable to Tonga was down I immediately sent a letter to Elon to see if he would contribute Starlink to the emergency," Shane Reti, a member of the New Zealand House of Representatives, wrote in a tweet.

But getting the Starlink terminals to Tonga may prove difficult.

"This is a hard thing for us to do right now," Musk admitted in a follow up tweet, "as we don’t have enough satellites with laser links and there are already geo sats that serve the Tonga region."

"That is why I’m asking for clear confirmation," he added.

SpaceX has already come to the rescue before with its Starlink system, helping out responders fight fierce wildfires in Washington back in 2020.

But will the space company be able to step up to the plate? Tonga is a million times more remote than Washington state. And Musk has dived headfirst into emergencies previously, before ultimately not being able to help — remember when he proposed a boy-sized submarine to rescue children who were trapped in a cave?