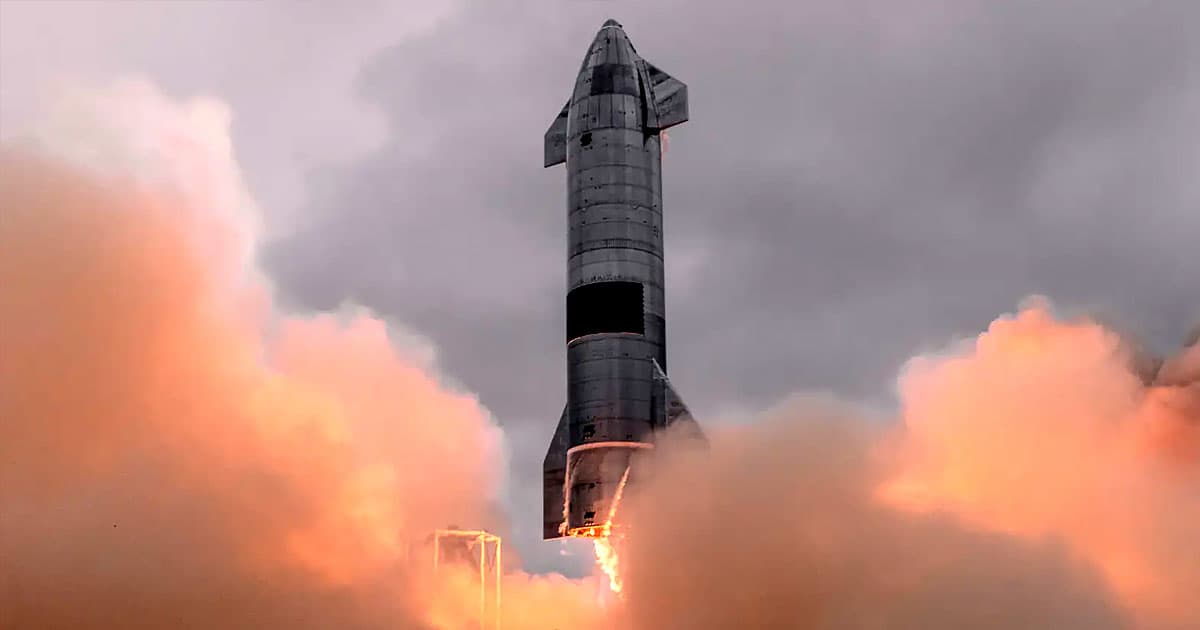 He says that SpaceX is reprioritizing on "cyber defense."

He says that SpaceX is reprioritizing on "cyber defense."

Welp, Starship is delayed yet again.

SpaceX CEO Elon Musk tweeted on Friday that there would be "slight delays" ahead for the company’s experimental Mars-bound spacecraft. To blame, the billionaire said, was SpaceX having to dedicated more resources to fighting escalating cyber attacks on Starlink satellites by Russia after the space company sent Ukraine a shipment of its internet terminals.

Starship’s first launch has been delayed numerous times now, with much of it due to pending regulatory approval from the Federal Aviation Administration (FAA). However, this latest instance comes amidst a time of geopolitical turmoil caused by Russia’s invasion of Ukraine.

After being criticized for not helping the country, Musk sent a shipment of Starlink terminals to Ukraine, much to the chagrin of Moscow. The billionaire later tweeted that this would likely make SpaceX a target for Russian cyberattacks.

"Some Starlink terminals near conflict areas were being jammed for several hours at a time," Musk posted on Saturday. "Our latest software update bypasses the jamming."

It is slightly unclear why exactly a cyber attack or even anti-satellite attacks on Starlink would result in a delay of Starship. Is SpaceX pulling aerospace engineers to work on cybersecurity? Seems doubtful. In reality, it could just be a convenient excuse for Starship's latest delay.

Still, with the head of Russia’s space agency continuing to post pro-Putin propaganda and remaining openly hostile to the US on Twitter, we might see the conflict impacting space exploration more than we would have previously thought.

More on Starship: NASA Descends Into Chaos as Moon Program Revealed to Be Way Behind, Over Budget