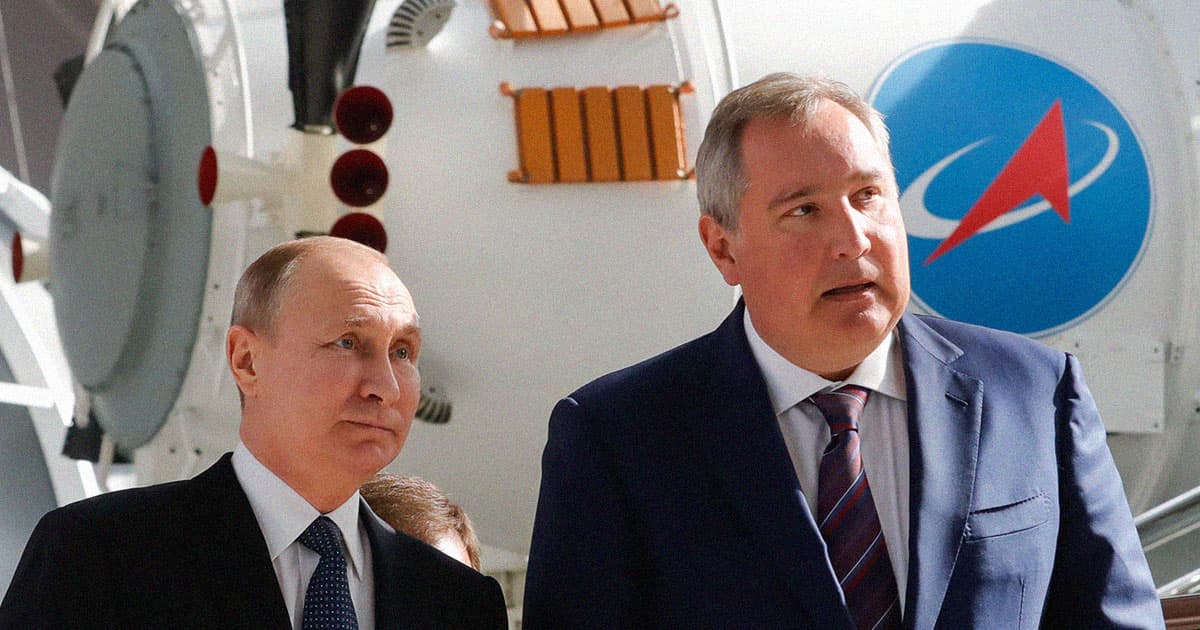 Dmitry Rogozin, the head of Russia’s space agency Roscosmos, has spent the past week making barely-veiled threats to the United States and other nations, while also making boneheaded mistakes along the way.

Now, he’s drawn the ire of space experts across the spectrum who have accused him of being a propaganda mouthpiece for the Russian military.

"Nice to see Rogozin tweeting pure propaganda," Eric Berger, senior space editor at Ars Technica, tweeted on Tuesday. Berger was responding to a post from Rogozin of a video of what appear to be Russian soldiers calling on the Ukrainian military to abandon their posts.

His sentiment has been echoed by the likes of Gene Mikulka, founder of the "Talking Space" podcast; and Keith Cowing, editor of renowned space blog NASA Watch.

The wave of criticism comes on the heels of some particularly unhinged Twitter posts from Rogozin, including a rant last Thursday in which he seemed to threaten to pull the Russians out of the ISS and allow the outpost to fall back down to Earth.

"If you block cooperation with us, who will save the ISS from uncontrolled deorbiting and falling into the United States," Rogozin said.

He went on to threaten several other nations as well.

"There is also the option of dropping a 500-ton structure to India and China," he wrote. "Do you want to threaten them with such a prospect? The ISS does not fly over Russia, so all the risks are yours. Are you ready for them?"

It’s worth noting that the ISS does, in fact, fly over Russia.

Whether or not Roscosmos actually pulls its cosmonauts from the ISS remains unclear — though by most accounts, it’s highly unlikely. What is certain is that Rogozin is undoubtedly fueling the propaganda flames for Moscow as it continues its deadly and imperialist invasion of Ukraine. And that's a very bad look for the head of a prominent space agency.

More on Rogozin: The Head of the Russian Space Program Made an Absolutely Idiotic Mistake