Expert: No, Russia Isn’t Going to Pull Its Modules to Sabotage the ISS

"In theory, it’d be possible to detach — but I think it’s very unlikely to happen." 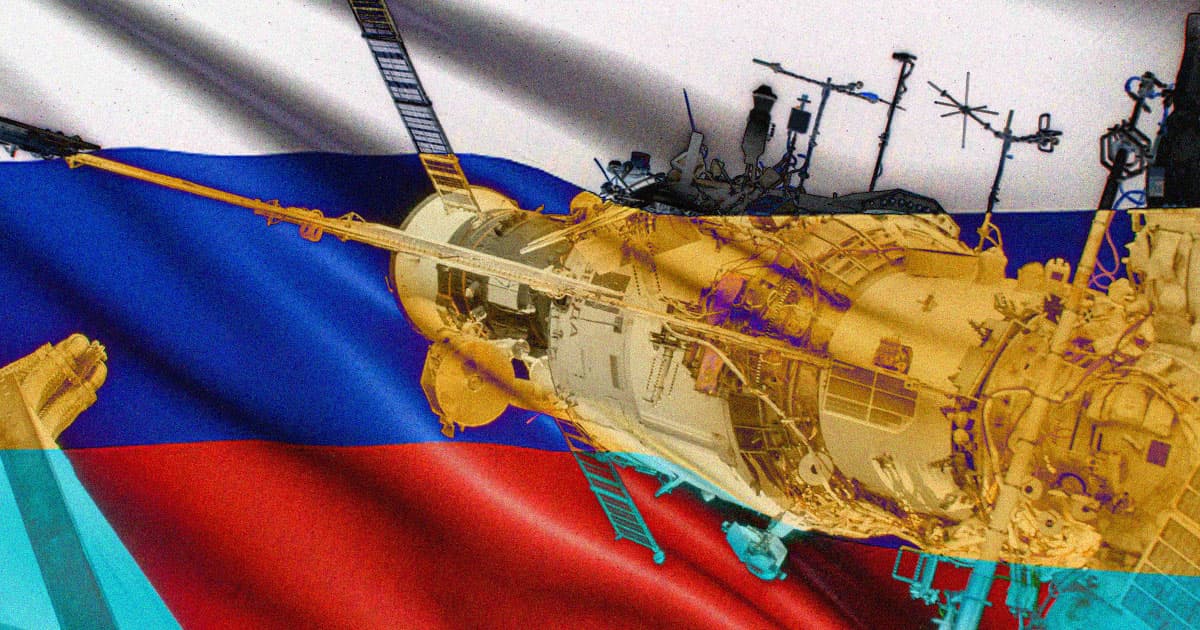 As tensions mount between NATO forces and Russia as Moscow continues its saber-rattling outside of Ukraine, some are beginning to fear that geopolitical conflict might pose an existential threat to the International Space Station (ISS).

In fact, the British tabloid The Daily Express even speculated today that if things get really bad, Putin could end up instructing cosmonauts to decouple Russia’s modules from the ISS — an act of sabotage that could doom the station to fall back down to Earth without the propulsion system on the Russian modules that help keep it in orbit.

“In theory, it’d be possible to detach — but I think it’s very unlikely to happen,” Dr. John Logsdon, professor emeritus of political science at George Washington University and director of the Space Policy Institute, told Futurism. “It’s not my view that Russia would do this.”

Logsdon was quoted by the Daily Express saying the situation near Ukraine “could very well” result in a Russian withdrawal from the ISS, but he tells us that he was merely speculating on a very extreme and unlikely scenario.

In reality, Logsdon tell us that there are numerous reasons Moscow would be resistant to commanding its cosmonauts to abruptly leave the ISS. For one, it would not only be a wantonly destructive act of sabotage, but self-sabotage as well. That’s because the power from the ISS — and therefore the Russia modules — comes from solar arrays on the US side of the station.

So if they decoupled themselves from the station, the cosmonauts would eventually find them floating in orbit with no way to maneuver their craft or keep them alive.

“Russia would have to supplement the modules with a solar power system for this to even be viable,” Logsdon said.

“The ISS is a very interdependent facility by design and purpose,” he added.

Also, the move would serve little purpose besides being a bit of petty theater — which, granted, we wouldn’t put past Russia. Sure, leaving the ISS in a huff would be a symbolic middle finger to the rest of the world, but what would it really matter with an actual war on its hands?

“Frankly, I don’t think whatever happens with the ISS is very important if indeed Russia invades Ukraine,” Logsdon said. “That’s the brink of World War III, so a technical facility in orbit is kind of a sideshow to that. Also, what would be the point? It doesn’t do them any good.”

Also, Moscow has already announced plans to build its own space station following the upcoming retirement of the ISS. Logsdon believes that their current three modules on the ISS could likely serve as core additions to the new facility — so Russia almost certainly wouldn’t just yeet it away before it’s ready to do that.

Moreover, the ISS itself is a symbol of international unity. Since its inception more than two decades ago, its remained a source of cooperation between nations regardless of geopolitical tensions and turmoil on Earth. It brought countries together in the wake of the Cold War for the purpose of bettering our understanding of ourselves and the universe around us.

As such, Logsdon believes it’s telling that folks are worried about the fate of the ISS at all in the midst of the crisis surrounding Ukraine. After all, if we can’t agree on the pursuit of science and understanding, what can we agree on?

“It’s interesting that the station is symbolic enough of US-Russian cooperation that in the midst of this really threatening situation, people are worried about the station,” Logsdon said. “It is a symbol of working together.”

More on the ISS: NASA Announces Plans to Destroy the International Space Station

Read This Next
Scheming Dmitry
Former NASA Official Says Russian Space Head Is Trapped, Trying to Escape
Shuttling Russians
NASA Deciding Whether Russian Cosmonaut Is Allowed on SpaceX Launch
Moon Dudes
Putin Says Russia Is Landing on the Moon This Year
Futurism
NASA Astronaut Says He Candidly Discussed Ukraine Invasion With Cosmonauts
Futurism
NASA Explains What Would Happen If Russia Abandoned the Space Station
More on Off World
Stargazing
7:04 PM on the byte
Watch the Milky Way Instantly Pop Into View During Lunar Eclipse
Space Race
4:54 PM on the byte
Head of NASA Accuses China of Being “Good at Stealing”
Gatekeeping
Yesterday on futurism
There’s a “Secret Society” in the Pentagon Hiding UFO Secrets, Officials Say
READ MORE STORIES ABOUT / Off World
Keep up.
Subscribe to our daily newsletter to keep in touch with the subjects shaping our future.
+Social+Newsletter
TopicsAbout UsContact Us
Copyright ©, Camden Media Inc All Rights Reserved. See our User Agreement, Privacy Policy and Data Use Policy. The material on this site may not be reproduced, distributed, transmitted, cached or otherwise used, except with prior written permission of Futurism. Fonts by Typekit and Monotype.