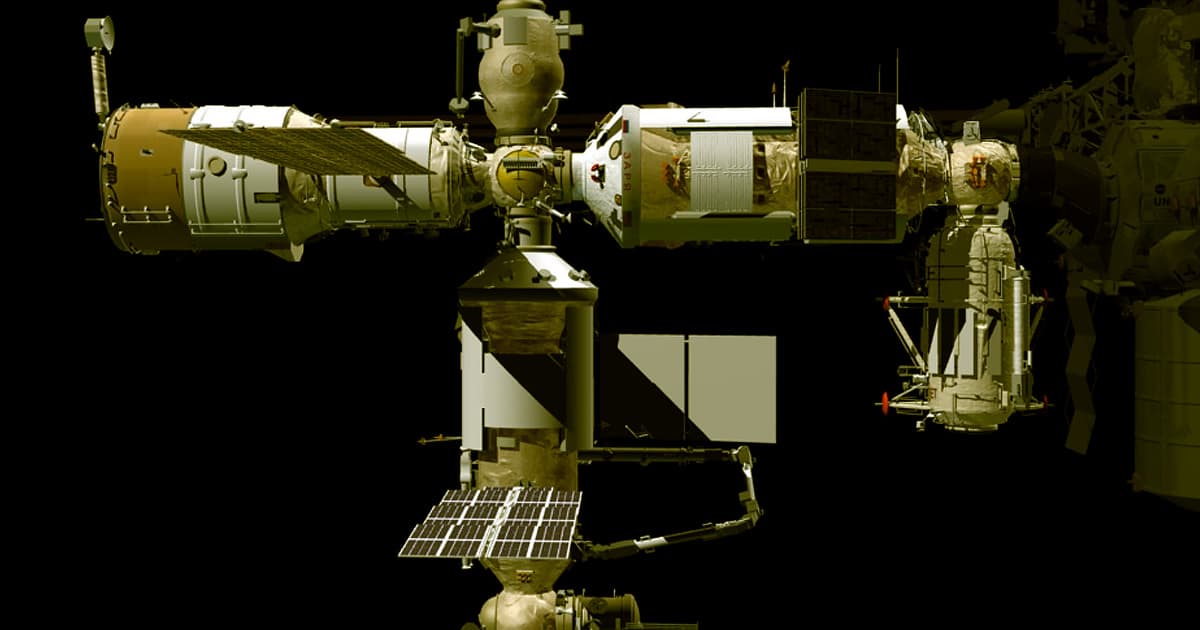 Russia Confirms That It's Abandoning the International Space Station

After decades of international cooperation, Russia is handing over the keys.

After decades of international cooperation, Russia is handing over the keys.

Dmitry Rogozin, the hot-tempered head of Russia's state space corporation Roscosmos, has confirmed that the country will pull out of the International Space Station after 20 years of continuous international occupation of the aging orbital research outpost, the Financial Times reports.

It's the end of decades of cooperation in space, severing significant ties between Russia's space efforts and the rest of the world's — NASA and the European Space Agency in particular.

"We are beginning negotiations with our NASA partners, we are formalizing them now," Rogozin told reporters, as quoted by FT. "It does not mean that the station will be scrapped and dumped into the ocean immediately after 2025. We will simply hand over the responsibility for our segment to the partners."

The news comes after a video uploaded to Twitter by Rogozin on Tuesday showed the construction of the first module of Russia's own space station, scheduled to be launched into orbit within the next decade.

"If we succeed in orbiting [the station] in 2030, consistent with our plans, that would be a colossal breakthrough," Rogozin said.

After decades of research, the International Space Station is showing significant wear and tear. As rumors swirled over the weekend that Russia was considering the break, the country's deputy prime minister Yury Borisov noted to state news agency TASS that the space station’s "condition leaves much to be desired," and that "reports of malfunctions have become more frequent in recent times."

The news marks a new chapter in Russia distancing itself from the rest of the world when it comes to space research. The country also recently signed an agreement with China to build a separate station in lunar orbit after turning down offers to develop the Gateway, a station with a similar purpose, with NASA.

READ MORE: Russia to pull out of International Space Station in 2025 [Financial Times]