NASA Descends Into Chaos as Moon Program Revealed to Be Way Behind, Over Budget

"There was poor planning, poor execution." 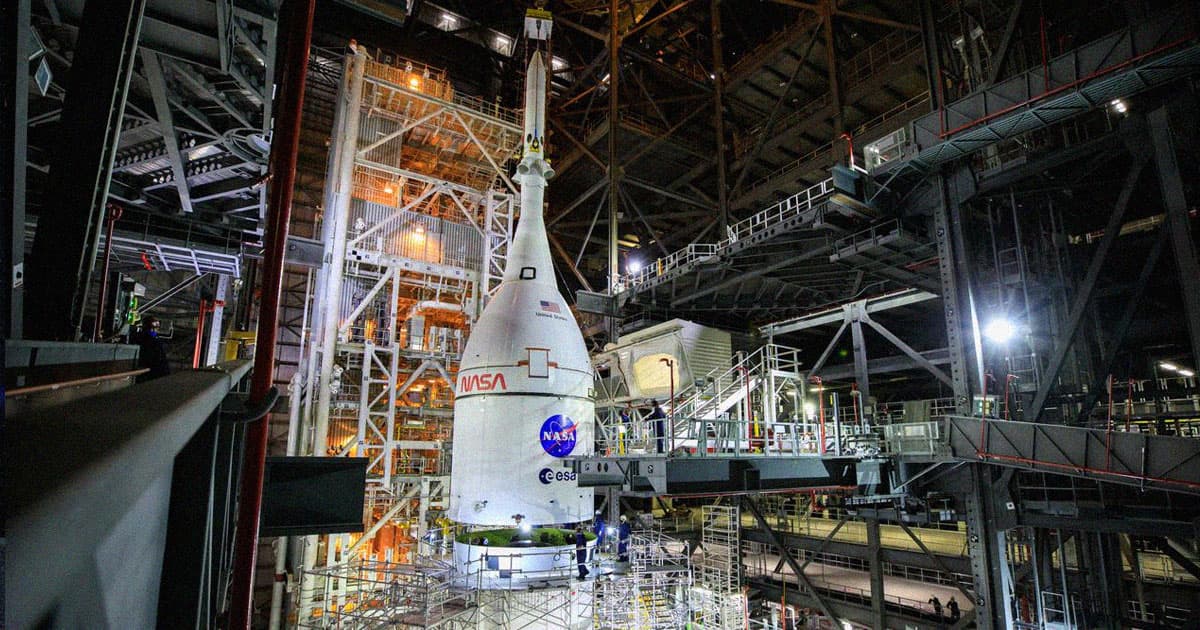 NASA's plans to return astronauts to the Moon are turning out to be an absolute disaster.

The first crewed trip to the lunar surface was initially scheduled to take place in 2024. But according to a Tuesday status update and review of the agency's Artemis program, that date will likely be pushed back by two years.

Long story short, NASA is facing a growing and predictable budget crisis when it comes to its ambitions to return the first astronauts to the Moon since the 1970s. The plan was — and still is — to have aeronautic contractors Boeing and Lockheed Martin develop the Space Launch System (SLS) and Orion, an expensive heavy launch system and a lunar exploration vessel respectively.

But costs are soaring and deadlines are flying by.

NASA inspector general Paul Martin didn't mince words during today's update: "One of the problems we saw in development of the SLS and Orion — it's a challenging development of course — but what we did see was very poor contractor performance on Boeing's part."

"There was poor planning, poor execution," he added. "We saw that the cost plus contracts that NASA had been using to develop the combined SLS and Orion system worked to the contractor's rather than NASA's advantage."

Martin was also not impressed with NASA's efforts either, seeing "poor project management and contract oversight."

The inspector general took the opportunity to spell out what we already knew: the SLS' development is "billions over budget and years behind schedule."

The massive system has been in development for over a decade, costing $9.1 billion to date, according to 2021 numbers. After countless delays, NASA finally conducted the first successful test fire of its SLS core stage last month — after a faulty controller forced the agency to delay a previous test.

The costs involved in returning NASA astronauts to the Moon are truly staggering: Martin suggested it would cost $4.1 billion per flight to the Moon, with the first crewed launch likely slipping to 2026.

Other members on the panel, including James Free, NASA's associate administrator of exploration systems development, and Patricia Sanders, chair of the Aerospace Safety Advisory Panel, suggested the launch could still take place in 2025, at the very earliest.

NASA finds itself in quite a predicament: its efforts to return to the Moon are turning out to be even more astronomically expensive than they were originally made out to be.

But there's hope on the horizon in the shape of SpaceX's Starship. The Elon Musk-led company signed a contract with the agency to develop a lunar variant of its massive heavy launch system to return astronauts to the Moon within the next couple of years.

In fact, if Musk is to be believed, Starship's cost per launch could be a small fraction of NASA's projected costs for the SLS.

Is it too late for NASA to scrap the SLS and Orion? Given the mounting costs and the space agency's numerous signed agreements with its contractors, it's looking increasingly likely it won't be able to back out.

The agency now has the unenviable task of convincing Congress of its extremely expensive and delayed plan — and it's not exactly a hot ticket item.