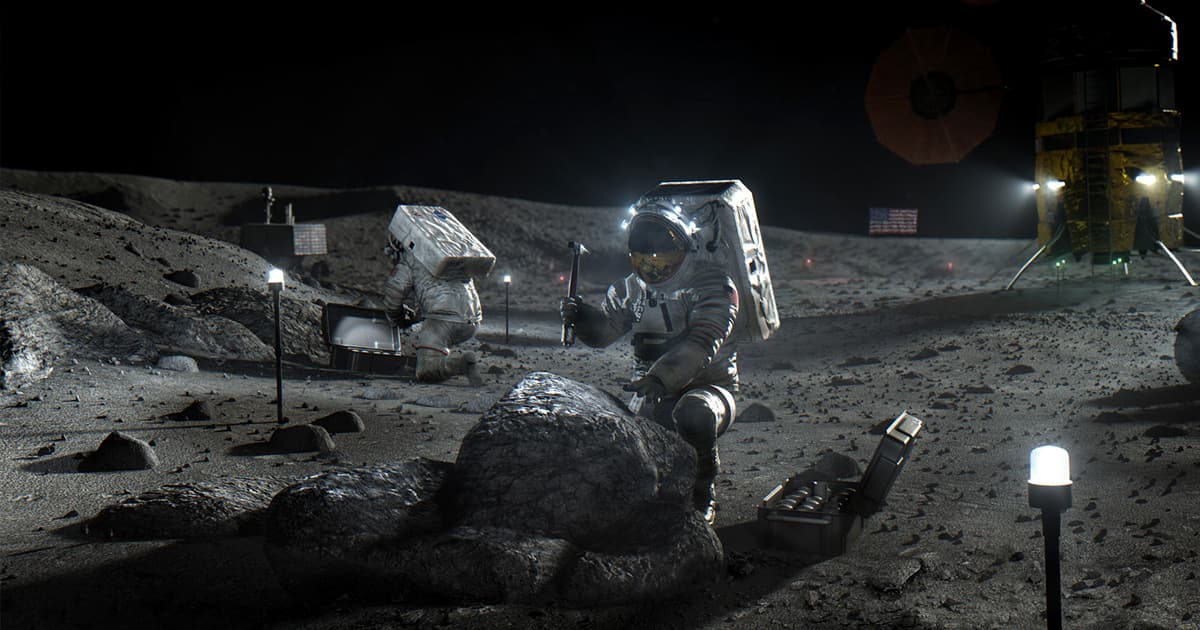 By the end of the decade, NASA plans to have established a base on the Moon's south pole.

By the end of the decade, NASA plans to have established a base on the Moon's south pole.

NASA just released updated plans for the upcoming Artemis Moon missions — and, in particular, new details about setting up a lunar base and the first crewed Moon landing in decades.

The space agency laid out specific goals for several upcoming missions, like how much lunar soil it plans to bring back to Earth and the experiments it plans to conduct, according to The Independent. Most ambitious is the plan to put a base on the Moon's south pole, something NASA hopes to accomplish by the end of the decade.

NASA's new 188-page report goes into detail on the agency's goals for and rationale for the Artemis Base Camp, the first permanent human outpost on another world, which it plans to begin with the Artemis III mission in 2024. But some details may change, The Independent notes, based on how earlier Artemis missions fare.

"Even before Artemis III lands, our agency’s science and human exploration teams are working together as never before to ensure that we leverage each other’s strengths," Thomas Zurbuchen, the associate administrator for NASA's Science Mission Directorate, said in a press release. "This report helps outline a path forward toward the compelling science we can now contemplate doing on the lunar surface in conjunction with human explorers."

Regardless of the specifics, the emphasis of the report is on how a return to human exploration on the Moon will be crucial for NASA's scientific and exploratory goals for the coming decade.

"The Moon holds vast scientific potential and astronauts are going to help us enable that science," Zurbuchen said in the release.

READ MORE: NASA's Unveils New Plans for Moon Base to be the 'Gateway to the Rest of the Solar System' [The Independent]