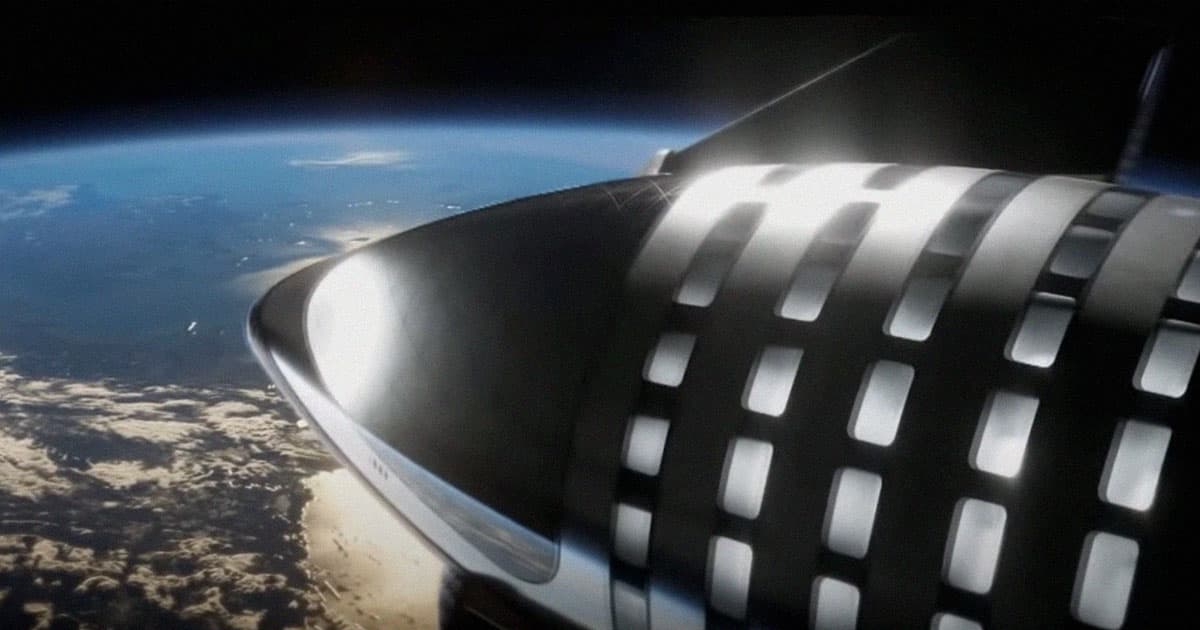 If Elon Musk is right, SpaceX is poised to become the most successful spaceflight organization ever, public or private — and its competitors, including NASA, are scared shitless.

As Politico reports, the key proposed value of SpaceX's Starship — that it can be reused over and over without spending as much time or money as previous spacecraft have required — is a dynamic that may be posed to permanently alter the status quo, and Politico characterized it as inspiring a "mix of awe and horror" at NASA and its more traditional aerospace contractors.

Starship is slated to be the first all-purpose reusable spacecraft that can take people and cargo to and from the Moon and even Mars an indefinite number of times. NASA's Space Launch System, meanwhile, has cost billions more than it was supposed to and is years behind schedule. As Politico notes, the $2 billion-per-launch price tag that accompanies SLS' three slated Artemis moon landing missions make it much less attractive in comparison to Starship, which Musk recently bragged could cost as little as $1 million per launch.

Although NASA contracts with more established companies like Aerojet Rocketdyne, Northrup Grumman, and Boeing, SpaceX's success in becoming the first consumer spaceflight company to take astronauts to the International Space Station has irrevocably altered the playing field, according to Politico's analysis — and the imminent launch of Starship may stack the deck further in its favor.

"Once [Starship's] reliability is demonstrated with a large number of flights, which could happen in a matter of months, it will obsolesce all existing launch systems," aerospace engineer and consultant Rand Simberg told Politico. "If SLS is not going to fly more than once every couple of years, it’s just not going to be a significant player in the future in space, particularly when Starship is flown."

In a paper titled "Walmart, But for Space," Simberg wrote that SpaceX will "revolutionize spaceflight" if it can demonstrate that it's genuinely, in Musk's optimistic prediction, "rapidly reusable." This "radical cost reduction" that's built upon low-Earth orbit refueling tankers could, the engineer told Politico, dramatically bring down the cost of space travel.

While SpaceX being as reusable as Musk says it is remains a pretty big if, the possibility alone has been enough to have some NASA officials and the aerospace contractors that work for them hearing brown notes.

One high-profile space lobbyist who spoke to Politico on condition of anonymity to avoid angering his Congressional allies perhaps put it best.

"They are shitting the bed," they said.

READ MORE: Why Musk’s biggest space gamble is freaking out his competitors [Politico]

Read This Next
Makeover Scene
Space Tourist Says He's Thinking About Flying SpaceX Craft Up to Fix Hubble
Grain of Salt
There's a Huge Problem With Elon Musk's Promise to Bring Starlink to Iran
Palliative Care
NASA's Mars Lander Refuses to Die Even Though It's Supposed To
Sluggo Mode
SpaceX Has a Major Problem With Its Starlink Internet Connections
Origins Machines
The JWST's Data Is So Incredible That Even Those Who Built It Are Questioning Previous Science
More on Off World
Boom!
Yesterday on the byte
The Devastation From NASA's Asteroid Collision Looks Unbelievable
Martian Stragglers
Monday on the byte
NASA Says "Foreign Object Debris" Briefly Stuck to Its Mars Helicopter
Mount Olympus
Oct 1 on the byte
NASA Astronaut Is Beefing With Russia Again
READ MORE STORIES ABOUT / Off World
Keep up.
Subscribe to our daily newsletter to keep in touch with the subjects shaping our future.
+Social+Newsletter
TopicsAbout UsContact Us
Copyright ©, Camden Media Inc All Rights Reserved. See our User Agreement, Privacy Policy and Data Use Policy. The material on this site may not be reproduced, distributed, transmitted, cached or otherwise used, except with prior written permission of Futurism. Articles may contain affiliate links which enable us to share in the revenue of any purchases made.
Fonts by Typekit and Monotype.