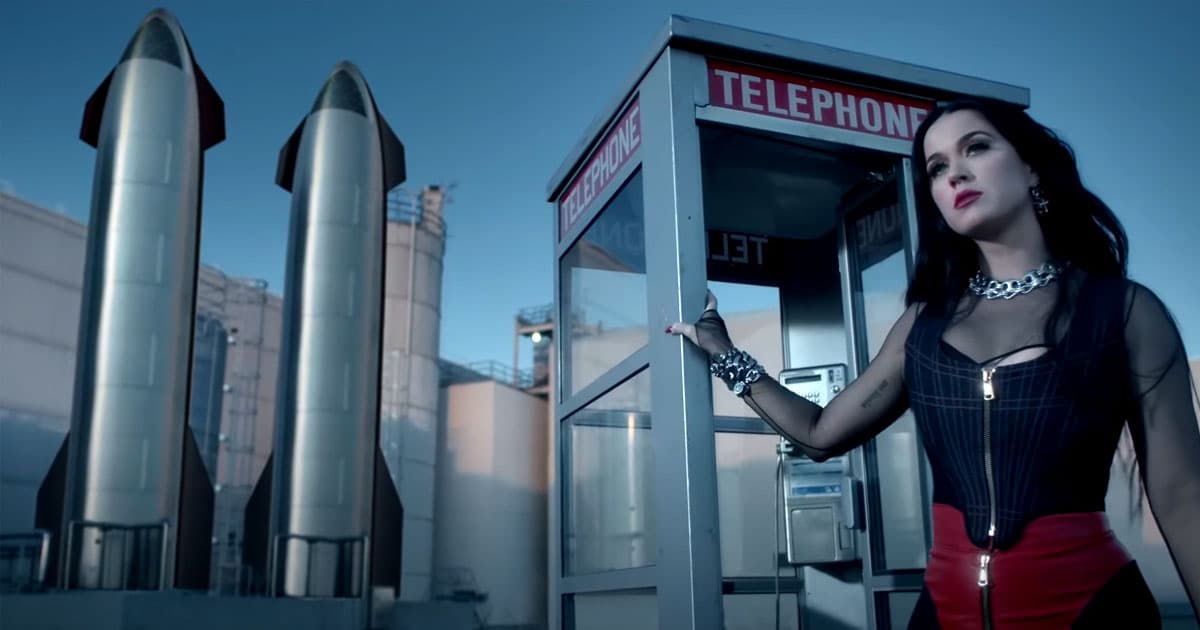 The Starship makes an unmistakable appearance in the music video for her new single.

The Starship makes an unmistakable appearance in the music video for her new single.

Eagle-eyed viewers watching the Monday night premiere of Katy Perry and Alesso’s music video for their single "When I’m Gone" might have noticed an interesting cameo: SpaceX’s Starship.

In the futuristic-themed video, Katy Perry can be seen speaking on a payphone with someone before walking away towards a row of what looks to be Starships — SpaceX’s giant prototype spacecraft — with a Boston Dynamics robodog in tow.

No, the ships definitely weren’t the real deal — but they did appear to be scaled down models of the craft. Check out the full video for yourself below:

While it’s not officially confirmed that the ships were actually modeled on the Starship, that’s almost certainly the case. Katy Perry has had a history of being friendly towards SpaceX and Elon Musk.

She’s even performed before a SpaceX launch in the past, though that particular liftoff was eventually scrubbed due to weather.

Plus the shape of the models in the video were incredibly similar to Starship’s. And if that wasn’t enough, she was even accompanied by a robodog suspiciously akin to SpaceX’s actual robodog "Zeus" that’s been known to patrol its Texas launch facility.

It’s intriguing to see Katy Perry pay homage to the aeronautics company — and just another indicator that space exploration is undergoing something of a new Golden Age in pop culture right now.

More on Starship: SpaceX Tests Giant “Chopsticks” for Catching Starship As It Lands