There are a lot of serious roadblocks here. 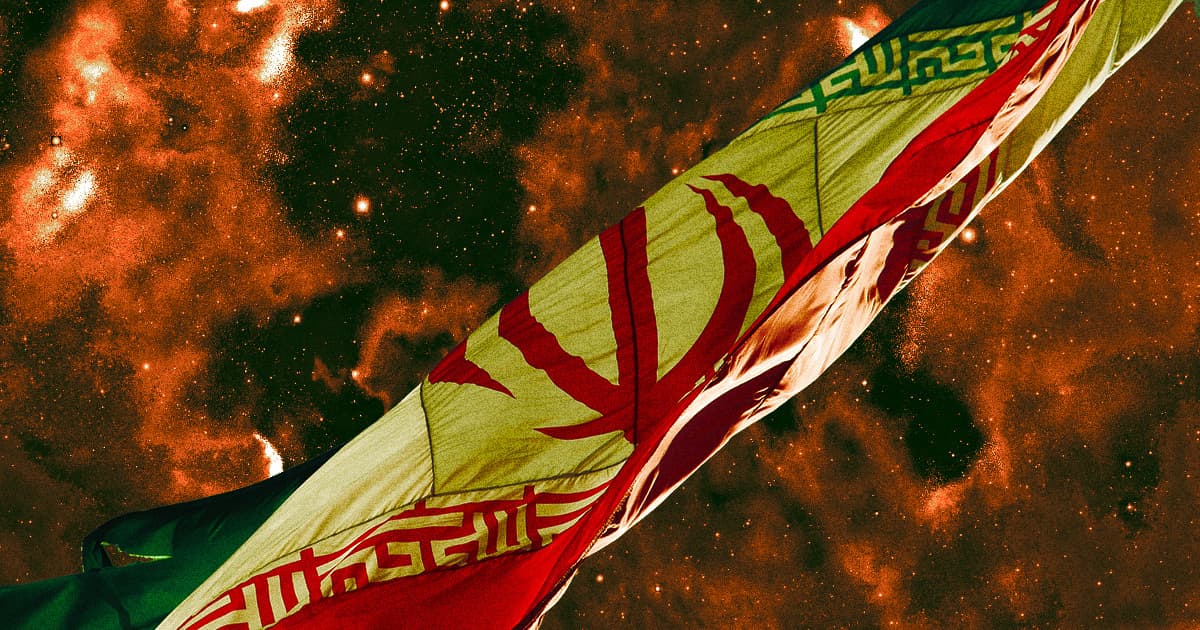 Once again, in response to international conflict, Elon Musk has pledged to activate Starlink — SpaceX's satellite internet system — in the embattled region.

This time, he's promised that Starlink will be available to the people of Iran, who for days now have been protesting the death of 22-year-old Mahsa Amini. In an effort to quell the ongoing unrest, the Iranian government has restricted civilian internet access, even when using a VPN or a proxy. And sure, Musk's internet service could, in theory, be a way to circumvent those limitations.

"Activating Starlink," the billionaire tweeted in response to US Secretary of State Antony Blinken, who had taken to Twitter himself to comment on the US decision to tweak sanctions to support internet freedom in Iran.

At face value, providing outsourced internet services to the people of Iran — whose means of digital communication are currently fraught and scarce — is good and necessary. But getting Starlink up and running isn't as simple as switching on some orbital satellites, and it looks like Musk's promise might fall flat this time.

According to Karim Sadjadpour, a senior fellow at global think tank Carnegie Endowment for International Peace who claims to have spoken with Musk about his Starlink pledge, the satellites themselves have been "activated" for Iranian use. But beyond the actual satellites, potential Starlink users need physical terminals and paid subscriptions in order to actually use the service — both of which are already proving difficult to access.

While SpaceX could consider removing the need to pay for a subscription to the satellite service, Al Jazeera reports that the Iranian government has already made it impossible for Iranians to log into Starlink's website, hence blocking anyone from purchasing an account. And terminals, as Al Jazeera points out, would likely need to be smuggled into the country.

SpaceX did manage to deliver numerous Starlink terminals to Ukraine during the early days of the Russian invasion this year. But it doesn't sound like it's taking the initiative this time, according to Sadjadpour's account.

"[Starlink] requires the use of terminals in-country, which I suspect the [Iranian] government will not support," Musk allegedly told Sadjadpour, "but if anyone can get terminals into Iran, they will work."

And importantly, the Iranian state — which has already denounced the US' sanction expansion — could further inhibit Starlink by using UN corridors to pursue legal grievances against Musk and his company.

While Musk's internet may theoretically provide an outlet to those who could somehow get their hands on a terminal and a subscription, those are some serious roadblocks, especially in the country's still-weak economy.

It isn't a bad thing that access is technically "activated," but don't let that confuse you. The protests are ongoing, many have reportedly died, and internet — even satellite internet — is still mostly impossible to access. At this point, it's unlikely that Starlink will provide any relief.

Read This Next
Makeover Scene
Space Tourist Says He's Thinking About Flying SpaceX Craft Up to Fix Hubble
Sluggo Mode
SpaceX Has a Major Problem With Its Starlink Internet Connections
Sabers Rattled
Russia Issues Veiled Threat to Shoot Down Pesky SpaceX Satellites
Dumpster Fire
SpaceX Tested Starship's Engines and Accidentally Caused a Large Fire
Classified
Here's What the Former Head of NASA Has to Say About the Moon Mission Delay
More on Off World
Martian Oases
Yesterday on futurism
Scientist Proposes Growing a Forest Inside a Bubble on Mars
Appetite for Dest...
Thursday on the byte
Black Hole In "Hyper-Feeding Frenzy" Chews Through Stars and Shoots Its Leftovers Towards Earth
Lunar RGB
Wednesday on the byte
NASA Shows Off Artemis "Party Mode," Powered by Amazon (TM) Alexa (TM)
READ MORE STORIES ABOUT / Off World
Keep up.
Subscribe to our daily newsletter to keep in touch with the subjects shaping our future.
+Social+Newsletter
TopicsAbout UsContact Us
Copyright ©, Camden Media Inc All Rights Reserved. See our User Agreement, Privacy Policy and Data Use Policy. The material on this site may not be reproduced, distributed, transmitted, cached or otherwise used, except with prior written permission of Futurism. Articles may contain affiliate links which enable us to share in the revenue of any purchases made.
Fonts by Typekit and Monotype.