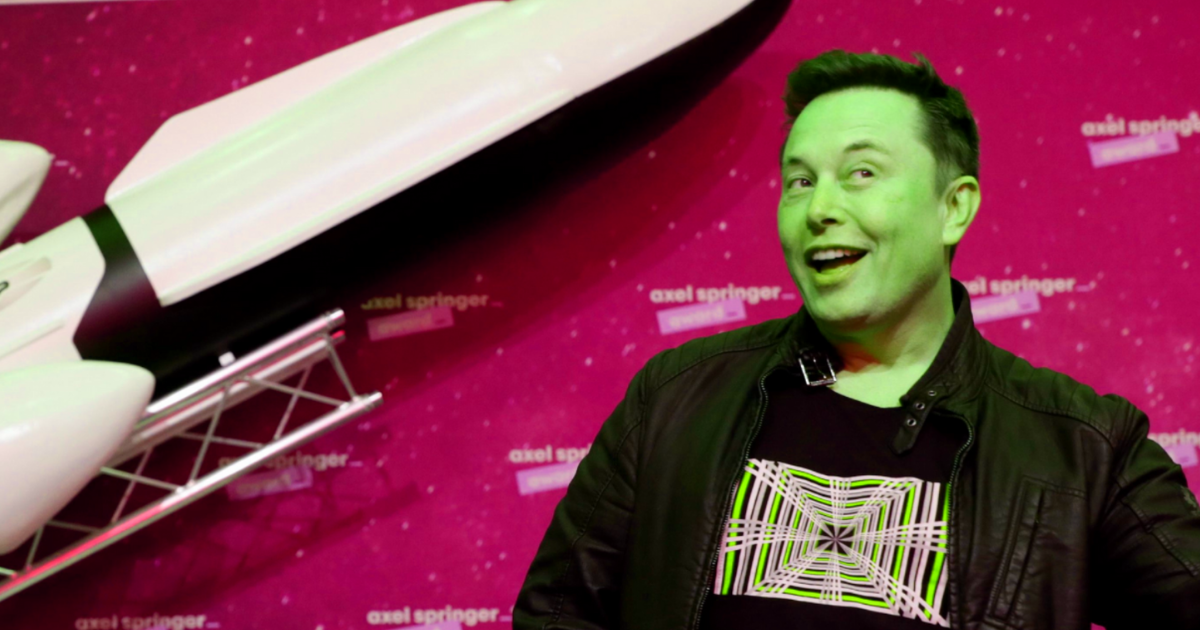 Elon Musk: SpaceX Can Launch Satellites Faster Than Russia Can Shoot Them Down

"I hope we do not have to put this to a test, but I think we can launch satellites faster than they can launch anti-satellites missiles."

"I hope we do not have to put this to a test, but I think we can launch satellites faster than they can launch anti-satellites missiles."

Everybody wake up! Another fascinating interview with billionaire Tesla and SpaceX CEO Elon Musk just dropped and it’s better than the infamous pot-smoking, three-hour convo he had with Joe Rogan back in 2021.

The lengthy transcript published by Business Insider yesterday gave insight into Musk’s work with his satellite internet company, Starlink. Musk spoke with Mathias Döpfner, CEO of Insider’s parent company Axel Springer, and said he’s confident in Starlink’s ability to outmaneuver Russian missiles. Musk has been helping Ukraine maintain internet connection during Russia’s violent and ongoing invasion of the country, and he says some parts of the country likely only have access to Starlink services because of compromised infrastructure.

That makes his ability to keep satellites aloft more important than ever, and success seems to rely on both speed and sheer numbers.

“If you attempt to take out Starlink, this is not easy because there are 2000 satellites,” Musk told Döpfner. “That means a lot of anti-satellite missiles. I hope we do not have to put this to a test, but I think we can launch satellites faster than they can launch anti-satellites missiles.”

Musk seems a bit more demure and considerate in his conversation with Döpfner. While the two discussed everything from AI to the colonization of Mars, Musk spent quite a while going on about the conflict between Russia and Ukraine.

Pretty obtusely, he also said he thought a war of this kind wasn’t fashionable anymore.

“It is surprising to see that in this day and age,” Musk said. “I thought we had sort of moved beyond such things for the most part. It is concerning.”

People seem eager to forget ongoing civil war in Yemen and other countries that have taken countless millions of lives and caused long term instability, food shortages, and refugee crises. We’re not surprised Musk is taking such a Euro-centric view here, but some of his words suggest he’s also begun to consider his lasting impact on the planet as one of the world’s richest people — who also happens to be in charge of major infrastructure and exploration technology.

He’s still sure to be a douchey playboy sometimes, but maybe the seriousness of the war in Europe has encouraged Musk to grow up a little.

More on Ukraine’s bid for victory: Ukraine is Selling NFTs to Finance Its Military

Wait Wait
Elon Musk Has a Ridiculous Excuse for Why He Suddenly Doesn’t Want to Buy Twitter
4:02 PM
Read More
Musk Gonna Musk
Experts Say That Elon Musk Has No Idea How Math Works
Yesterday
Read More
Market Madness
Bill Gates Says He’s Quite Concerned About the Global Economy
May 10
Read More
+Social+Newsletter
TopicsAbout UsContact Us
Copyright ©, Camden Media Inc All Rights Reserved. See our User Agreement, Privacy Policy and Data Use Policy. The material on this site may not be reproduced, distributed, transmitted, cached or otherwise used, except with prior written permission of Futurism. Fonts by Typekit and Monotype.