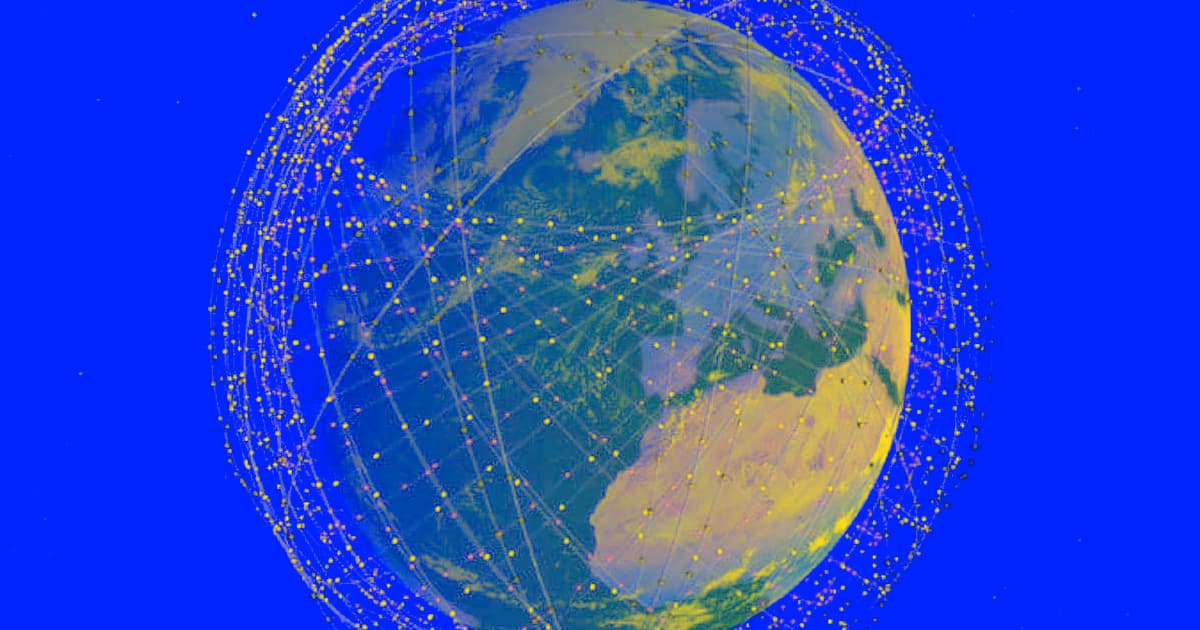 The two richest people in the world are fighting again.

The two richest people in the world are fighting again.

SpaceX CEO Elon Musk and Amazon founder Jeff Bezos, the two richest people in the world, are fighting over their separate plans to bring broadband internet to the globe.

The spat started, CNBC reports, when Musk asked the Federal Communications Commission to let it move some of its Starlink internet-beaming satellites to a lower altitude than originally planned.

Amazon called foul, saying that such an altitude would interfere with the retail giant's planned Kuiper Systems constellation. Amazon asked the FCC's chairman Ajit Pai in December to limit SpaceX's satellites to 580 km until it was proven they wouldn't interfere with Amazon's satellites, according to CNBC.

But in FCC filings discovered and posted to Twitter by CNBC space reporter Michael Sheetz, SpaceX shot back, accusing Amazon of stifling competition and making "misleading claims of interference."

"It does not serve the public to hamstring Starlink today for an Amazon satellite system that is at best several years away from operation," Musk wrote in a scathing tweet.

Musk is correct that the two companies' constellations are at wildly different stages of development. Amazon announced Project Kuiper in 2019, but has yet to send a single internet satellite to space, as CNBC points out, let alone start building them.

For its part, Amazon fired back after this post ran.

"The facts are simple," a spokesperson told Futurism. "We designed the Kuiper System to avoid interference with Starlink, and now SpaceX wants to change the design of its system. Those changes not only create a more dangerous environment for collisions in space, but they also increase radio interference for customers. Despite what SpaceX posts on Twitter, it is SpaceX’s proposed changes that would hamstring competition among satellite systems. It is clearly in SpaceX’s interest to smother competition in the cradle if they can, but it is certainly not in the public’s interest."

So is it fair for Amazon to lobby for limitations on the rules governing SpaceX's system? Tough to say — but Musk won't let it happen without a fight.

More on Starlink: SpaceX Poised to Crush Record for Most Spacecraft Launched On One Rocket

Shot Well
Head of NASA Relieved to Hear Elon Musk Isn't REALLY Running SpaceX
12. 12. 22
Read More
Overview Effect
William Shatner Says His Space Trip Left Him With a Feeling of Terrible Grief
10. 11. 22
Read More
Grain of Salt
There's a Huge Problem With Elon Musk's Promise to Bring Starlink to Iran
9. 27. 22
Read More
+Social+Newsletter
TopicsAbout UsContact Us
Copyright ©, Camden Media Inc All Rights Reserved. See our User Agreement, Privacy Policy and Data Use Policy. The material on this site may not be reproduced, distributed, transmitted, cached or otherwise used, except with prior written permission of Futurism. Articles may contain affiliate links which enable us to share in the revenue of any purchases made.
Fonts by Typekit and Monotype.