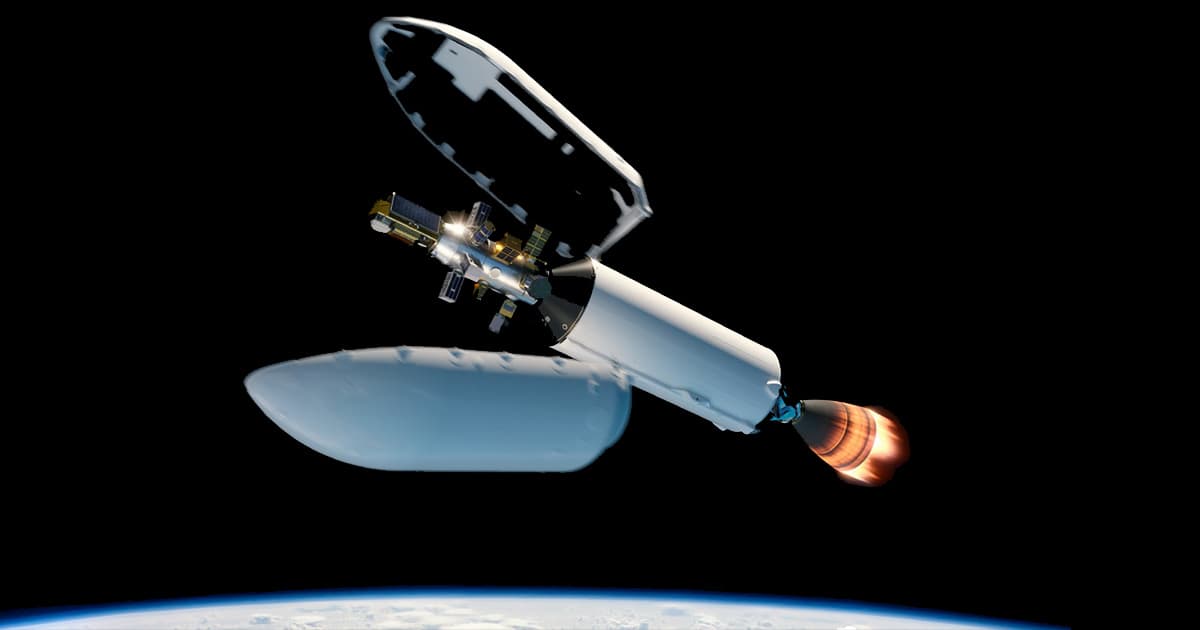 You'll never guess how many spacecraft they're packing into one launch.

You'll never guess how many spacecraft they're packing into one launch.

A SpaceX mission slated for Saturday is poised to set a new record for the most spacecraft launched on a single spaceflight, as Teslarati reports.

The Transporter-1 mission, a Falcon 9 rocket launching from Cape Canaveral in Florida at around 9:40 am Eastern time, will involve launching "133 commercial and government spacecraft (including CubeSats, microsats, and orbital transfer vehicles) and 10 Starlink satellites," according to SpaceX's website.

That's "the most spacecraft ever deployed on a single mission," the Elon Musk-led space company says.

The previous record holder for most satellites launched in one go was an Indian Polar Satellite Launch Vehicle, which launched 104 satellites back in 2017, according to Teslarati.

It's the culmination of SpaceX's ridesharing efforts, allowing various companies to launch payloads into orbit for relatively low prices. In fact, Transporter-1 is "SpaceX’s first dedicated SmallSat Rideshare Program mission," according to the company's site.

Four separate companies are contributing to the 133 commercial and government spacecraft and will use their own separate deployment systems. Thirty of the craft are smallsats built by Exolaunch, a Germany-based satellite launch company, as part of its Zeitgeist mission, including 28 commercial spacecraft.

The price to launch 400 kilograms of cargo on board the Falcon 9 is about $2 million. SpaceX also requires a minimum order of $1 million for 200 kg to a Sun-synchronous orbit.

READ MORE: SpaceX is about to crush the record for most satellites launched on one rocket [Teslarati]