Don’t Want to Receive That Presidential Text Alert Today? Here’s How to Avoid It

We’ve found three technology “hacks” to keep your phone from buzzing along with everyone else’s at 2:18. 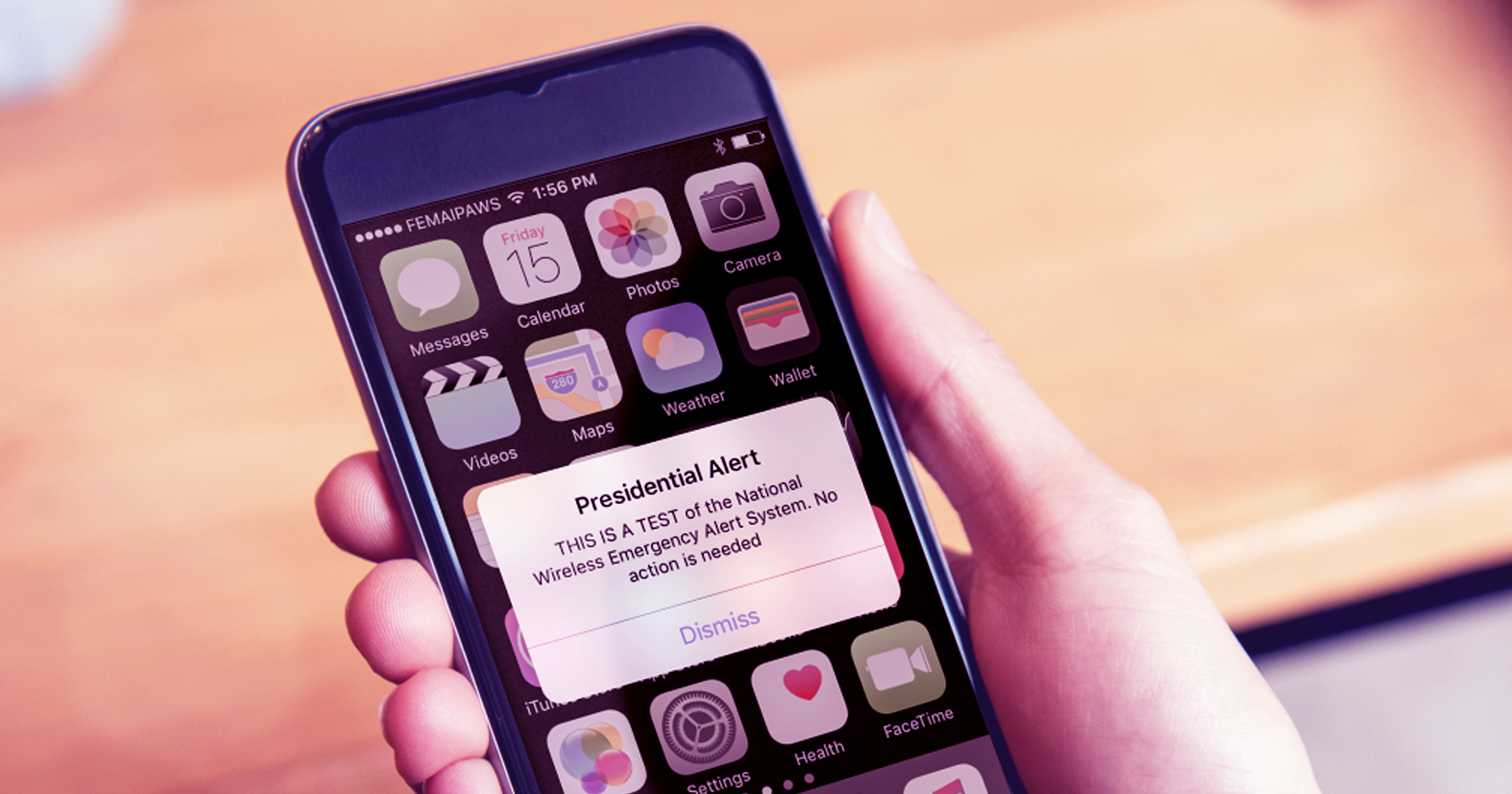 At 2:18 PM Eastern Time on Wednesday, every cell phone in America will buzz, beep, or maybe play a jaunty tune. Everyone will receive a special, handy-dandy emergency broadcast sent by the White House.

The test of the National Wireless Emergency Alert System, which was supposed to happen in September but was pushed back, will join the ranks of Amber Alerts for missing children and those flash flood warnings that you only seem to get on sunny days — yet another thing that makes your pocket buzz but typically doesn’t affect your day-to-day life all that much.

Granted, these alerts are actually from FEMA and are intended to warn us about natural disasters, cyberattacks, and acts of war (they are at the directive of the president but they don’t actually contain a message from President Trump). But the audacity of the federal government to contact us in a way that is so personal and immediate — let alone all of us at once — has left many wondering how to opt out.

The consensus among media reports, such as in WIRED’s oral history of the alert, is that we’re SOL.

But we’re not giving up. Here are the top three strategies we’ve come up with to stop your phone from buzzing on cue for today’s emergency alert.

If you go to your phone’s settings menu, you’ll have a number of ways to limit the notifications that your phone sends your way. On a Droid, you’ll find an Emergency Alerts app that you can’t disable or uninstall, but you can hit the “force stop” button. Note that the app will start back up after a few minutes, so your best bet will be to strategically time the force stop before 2:18.

On an iPhone, you can turn off “government alerts” in your notifications settings, but that may be just as useless as hitting the “close doors” button on an elevator.

TURN YOUR PHONE OFF FOREVER

Read This Next
From Our Partners
Can't Wait For November 26th? Save On These Pre-Black Friday Doorbusters Deals Now!
From Our Partners
Never Lose a Document With A Lifetime Subscription to the iScanner App
From Our Partners
Seamlessly Manage Your Company's Apple Devices With Jamf Now
From Our Partners
Keep Annoying Calls Away With A 2-Year Subscription To This Spam-Call Blocker
Things You Should Know
Become an In-Demand Android App Developer with This Training
More on Sci-Fi Visions
What is Happening
Feb 1 on the byte
Elon Musk Sets His Twitter Account to Private
From the Dept. of...
Jan 30 on futurism
The Best Humidifiers of 2023
Human v. Giraffe
Jan 24 on the byte
Chaotic Italian Fashion Line Baffles Facial Recognition Software
READ MORE STORIES ABOUT / Sci-Fi Visions
Keep up.
Subscribe to our daily newsletter to keep in touch with the subjects shaping our future.
+Social+Newsletter
TopicsAbout UsContact Us
Copyright ©, Camden Media Inc All Rights Reserved. See our User Agreement, Privacy Policy and Data Use Policy. The material on this site may not be reproduced, distributed, transmitted, cached or otherwise used, except with prior written permission of Futurism. Articles may contain affiliate links which enable us to share in the revenue of any purchases made.
Fonts by Typekit and Monotype.