I Tried Apple's Screen Time Tool. The Results Were Not Heartening.

My results (and probably yours) mean screen usage tools might not help us win the fight against smartphone addiction. 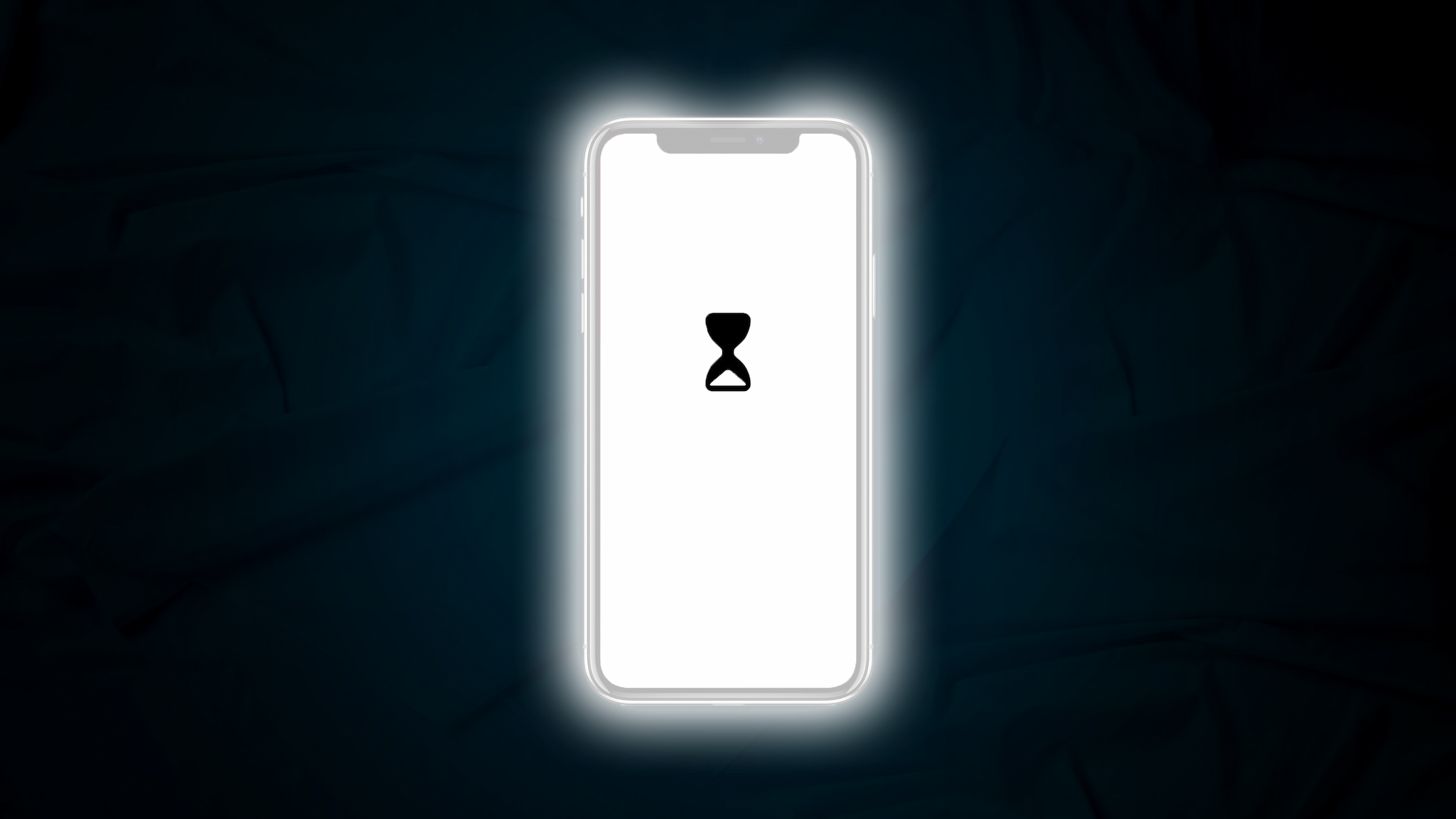 I unlock my iPhone. I stare blankly at the grayed-out Twitter icon on my Home Screen, but I open it anyway. "You've reached your limit on Twitter," a full-screen prompt informs me. Without thinking, I tap "Ignore Limit." Just 15 more minutes before I fall asleep.

I spend too much time on my phone. Chances are, you do, too. And you probably know it's not all that good for you.

Tech companies know it, too. That's why they're trying to help you cut back. This might seem strange. After all, tech companies benefit when you spend as much time as possible staring at ads, conversing with friends, and generally generating a crap-ton of personal data.

Even so, both major smartphone manufacturers (Apple and Google) recently announced tools that are meant to help us control the amount of time we spend on our smartphones. They operate on the assumption that if you were aware of how much time you spent, you would do it less. Both tools break down the exact amount of time you spend in each app or app category (like "social media"), and letting you determine an allowance of time per day. Even Facebook and Instagram are jumping on board, rolling out tools to inform users on how much time they spend on their apps.

Tech companies wouldn't threaten their bottom line for nothing — these new features are a response to a very real problem. According to a 2015 study, we check our phones on average 85 times a day. Multiple studies found that almost half of smartphone users (and there are billions of them worldwide) are glued to their screens for over five hours a day — that's almost a third of our waking life.

The excessive time we spend staring at a tiny screen is taking a toll. For some, being without a phone can actually cause stress. Scientists even came up with a name for the fear of not being able to use our phones, or getting no signal (it's nomophobia). Distracted driving has caused a spike in U.S. traffic fatalities, and while experts believe that smartphones have had a lot to do with it, the National Highway Transportation Safety Administration hasn't officially attributed it to smartphone use yet. Smartphones are also keeping us awake at night, ruining the quality of our sleep. A Belgian study by the Institute of Labor Economics has even shown that smartphone use directly negatively impacts academic performance.

In short: we're becoming a species of smartphone zombies.

I know I spend too much time on my phone because I did a (rather unscientific) investigation. For seven days, I used a beta version of Apple's new Screen Time feature. I started off thinking an hour of social media a day was enough to budget myself. Boy, was I wrong.

My own usage trends pretty much confirmed the statistics researchers reported in their studies: I spent at least four hours a day on my iPhone, mostly on social media apps like Reddit, Twitter, and Instagram. Over the course of the seven days, I only used the actual calling functions of my smartphone for three minutes, while I racked up more than 10 hours on social media.

It's shocking to be confronted with those kind of numbers — nobody really likes to admit that they're whiling away that much time. The part that disturbed me the most? Whenever my iPhone prompted me to put my phone down, I ignored it. After just two days, it became enough of a nuisance for me to turn the feature off completely. I didn't change my smartphone use in any way whatsoever. I'm pretty sure the phone (and the people that made the apps and device itself) won, not me.

So why did I — like most of us — have such a hard time controlling the amount of time we're on our phones? Scientists at the University of California refer to the "Power of the Like" to describe bursts of activity in the reward processing regions of the brain when adolescent test subjects viewed photos with many (compared to few) likes on Instagram. Even something as basic as an everyday social interaction is processed by the brain's reward system — and smartphones are very capable of reproducing a whole range of those on a screen.

Whether or not our unhealthy smartphone habits should be referred to as an "addiction" is a matter of heated debate. Official definitions by the World Health Organization and the fifth edition of the Diagnostic and Statistical Manual of Mental Disorders (DSM-V) in the U.S. refer to physical and behavioral dependencies of someone who is "addicted." "To date, smartphone use has not led to mass accounts of severe mental dysfunction. So we’re unlikely to all be 'addicted' to our smartphones, as we often tell each other,"Andrew Campbell, a cyberpsychology expert at the University of Sydney, writes in an opinion piece.

Instead, our affinity for screens is likely driven by "obsessive behavior" instead. But Campbell doesn't completely rule out the possibility of negative behavioral changes leading to an actual addiction. And since we don't have one definition for smartphone addiction (surveys often ask participants to rate themselves on the Smartphone Addiction Scale), it's probably safe to assume one will emerge in the near future.

It's not yet clear whether time-limiting and usage information tools from the likes of Apple, Google, and Facebook will radically reduce the time we spend on our smartphones. It certainly didn't for me. "I think it's better than nothing," David Greenfield, assistant Clinical Professor of Psychiatry at the University of Connecticut's School of Medicine, and founder of The Center for Internet and Technology Addiction, told Futurism. "I don't know that that alone will solve the problem, but I think it's a positive step in the sense that it acknowledges it's an issue."

To Greenfield, that kind of acknowledgment may lead to schools or even entire cities setting limits on smartphone use. In fact, France is already a step ahead and has passed legislation to ban smartphones from schools.

Greenfield offered some tips for how I (and, if you want, you) can reduce our smartphone screen time:

With the right tools at our disposal, we might have a chance at breaking our smartphone habit. To do so, however, we might have to change how we interact with our devices every day. If my experience is any indication, the usage tools aren't going to get us there. But at least they're a step in the right direction.

More on smartphone use: Google Is Investing in the Not-Quite-So-Smart Smartphone Market

Read This Next
Baited
That "Research" About How Smartphones Are Causing Deformed Human Bodies Is SEO Spam, You Idiots
Recipe For Disaster
FDA Warns Americans to Stop Cooking Chicken in NyQuil
FROM THE DEPT. OF THINGS TO BUY
Save $60 on Brydge's Stellar iPad Pro Keyboard
FROM THE DEPT. OF THINGS TO BUY
Apple Announced Its Fastest MacBook Air Yet at WWDC 2022
Tim Apple
Apple CEO Menaced by Armed Stalker Who Thinks She's His Wife
More on Sci-Fi Visions
What is Happening
Feb 1 on the byte
Elon Musk Sets His Twitter Account to Private
From the Dept. of...
Jan 30 on futurism
The Best Humidifiers of 2023
Human v. Giraffe
Jan 24 on the byte
Chaotic Italian Fashion Line Baffles Facial Recognition Software
READ MORE STORIES ABOUT / Sci-Fi Visions
Keep up.
Subscribe to our daily newsletter to keep in touch with the subjects shaping our future.
+Social+Newsletter
TopicsAbout UsContact Us
Copyright ©, Camden Media Inc All Rights Reserved. See our User Agreement, Privacy Policy and Data Use Policy. The material on this site may not be reproduced, distributed, transmitted, cached or otherwise used, except with prior written permission of Futurism. Articles may contain affiliate links which enable us to share in the revenue of any purchases made.
Fonts by Typekit and Monotype.