The longer people gather in crowds, the longer we have to self-quarantine. 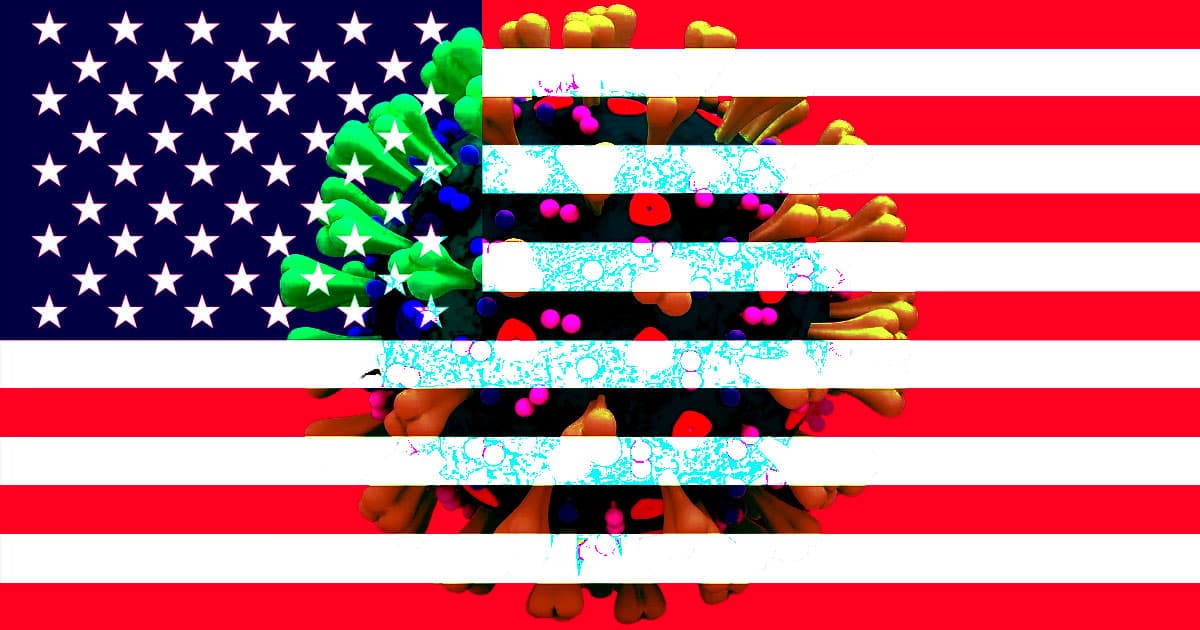 Small clusters of anti-quarantine protests are breaking out across the country, with participants defying state-imposed shelter-at-home policies implemented to safeguard public health during the ongoing coronavirus pandemic.

The decision to gather in large numbers while the country is approaching peak numbers of cases and deaths isn't just a direct threat to their own health and the communities that surround them. It could set the US back several months of self-quarantine and social distancing measures.

According to Politico, Facebook has been removing anti-quarantine protest pages that defy stay-at-home orders.

"Unless government prohibits the event during this time, we allow it to be organized on Facebook,” a spokesperson told Politico. "For this same reason, events that defy government's guidance on social distancing aren’t allowed on Facebook."

The protesters demanded their states to end the lockdowns to save ailing economies and return communities to normal life.

Their decision to gather in large numbers — in Michigan the number of protesters, albeit sitting in cars, was in the thousands — was in defiance of coronavirus-related federal rules, mandating that no more than ten people should be gathered in one place.

Yet the threat to the health of individual protesters — and the people around them — is very real. As has been shown in numerous studies, the virus is capable of  spreading through tiny droplets and aerosol particles in the air — even talking and breathing might be enough to infect others.

The closer people cluster together, the easier it is for it to be transmitted from person to person, even if the carrier is showing no symptoms at all.

Meanwhile, numbers in the country are surging. Last week, the US broke its daily COVID-19 related death toll record with 4,591 deaths in just 24 hours.

In a characteristically short-sighted and self-sabotaging move, president Donald Trump encouraged individual US states to riot in the streets, tweeting on Friday that protesters should "liberate" Michigan, Minnesota, and Virginia.

It's a move that was quickly criticized by governors from both sides of the aisle. Governor Jay Inslee (D-WA) called the tweets "unhinged" in an ABC News interview and warned that Trump's calls could "lead to violence."

Even Trump himself may have had a change of heart, saying on Sunday that "some of the things that happened are maybe not so appropriate," as quoted by Bloomberg.

"Unless we get the virus under control, the real recovery economically is not going to happen,” Fauci said on Good Morning America over the weekend. "So what you do if you jump the gun and go into a situation where you have a big spike, you’re going to set yourself back."

"So as painful as it is to go by the careful guidelines of gradually phasing into a reopening, it’s going to backfire," Fauci added. "That’s the problem."

Read This Next
Make Mark Happy
Facebook Employees Seem Completely Confused by the Metaverse
Midlife Crisis
Rumors Swirl That Mark Zuckerberg Is Fighting at a UFC Show
Mark's Bad Year
Layoffs Hitting Facebook as Zuckerberg's Vision Stumbles
Saving Face
People Bullied Mark Zuckerberg So Much That He's Improving the Metaverse Graphics
Meta-Terrorism
OnlyFans Accused of Paying Bribes to Put Enemies on Terrorist Watchlist
More on Future Society
Finders Keepers
6:07 PM on the byte
China Wants the Corpse of Its Balloon Back After the US Killed It With a Missile
Rough
Monday on futurism
Elon Musk's Twitter Is Reportedly Failing Miserably to Contain Horrific Child Abuse Content
YouTube Propaganda
Monday on the byte
Experts Say There's Something Very Weird About North Korean YouTubers
READ MORE STORIES ABOUT / Future Society
Keep up.
Subscribe to our daily newsletter to keep in touch with the subjects shaping our future.
+Social+Newsletter
TopicsAbout UsContact Us
Copyright ©, Camden Media Inc All Rights Reserved. See our User Agreement, Privacy Policy and Data Use Policy. The material on this site may not be reproduced, distributed, transmitted, cached or otherwise used, except with prior written permission of Futurism. Articles may contain affiliate links which enable us to share in the revenue of any purchases made.
Fonts by Typekit and Monotype.