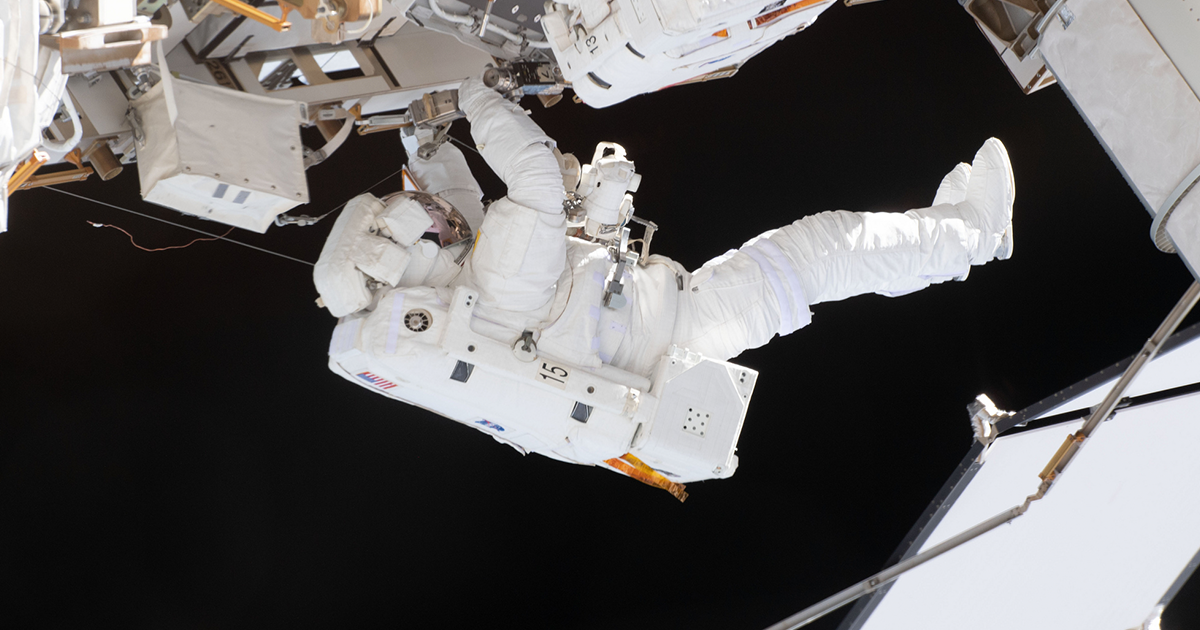 The nearly seven-hour-long spacewalk went off without a hitch.

The nearly seven-hour-long spacewalk went off without a hitch.

It wasn't the spacewalk that was planned, but it was a success nonetheless.

On Friday, NASA astronauts Nick Hague and Christina Koch left the relative safety of the International Space Station's (ISS) interior to embark on a nearly seven-hour-long spacewalk that wrapped up at 2:27 p.m. EDT.

Astronaut Anne McClain was originally supposed to join Koch on this ISS spacewalk, which would have made it the first to feature only female astronauts.

A last-minute equipment issue led to Hague filling in for his colleague, but Koch's participation in the walk is still worth celebrating — she's now just the fourteenth woman to take part in a spacewalk.

During the spacewalk — ISS's 215th to date — the duo replaced the six nickel-hydrogen batteries that previously powered one pair of the ISS's solar arrays with three more powerful lithium-ion batteries.

They also completed several other tasks designed to facilitate future upgrades, according to a NASA news release.