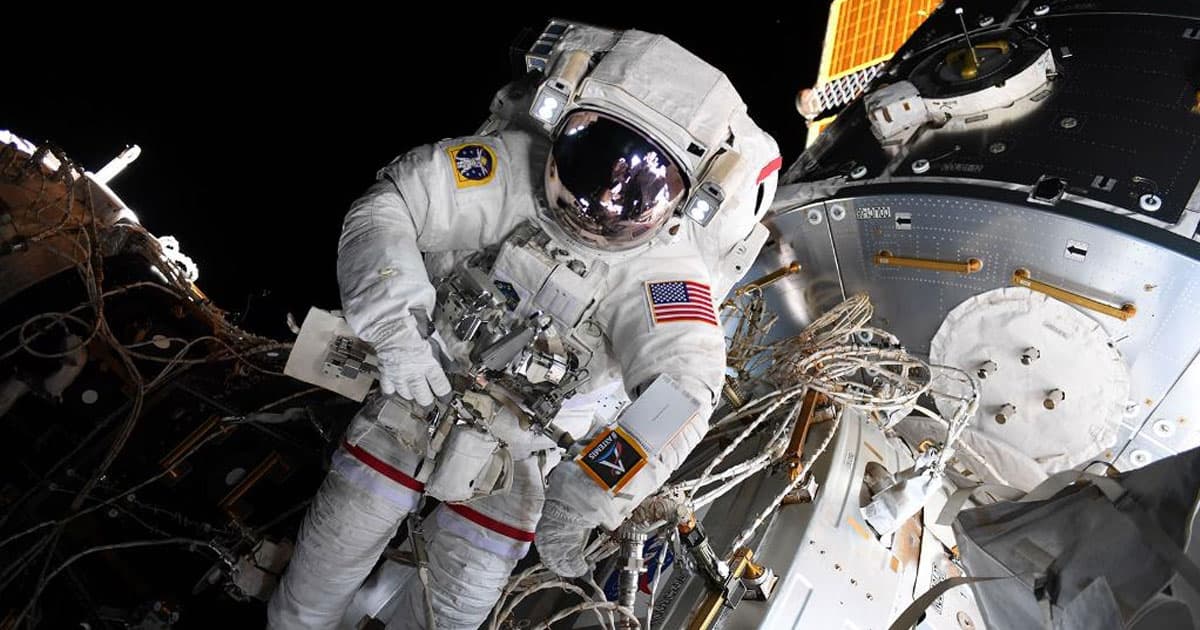 Spacecraft such as Boeing's Starliner or SpaceX's Crew Dragon could make use of it soon.

Spacecraft such as Boeing's Starliner or SpaceX's Crew Dragon could make use of it soon.

The new port, called IDA-3, will allow private spacecraft such as Boeing's Starliner and SpaceX's Crew Dragon to dock with the space station in the near future.

It will be the second docking port of its kind on the ISS. The first docking port, called IDA-2, was installed in the summer of 2016 and was used by SpaceX's uncrewed Crew Dragon spacecraft during its Demo-1 test flight to the ISS in March.

If all goes according to plan, the new docking port could one day be used by American astronauts traveling to the ISS from American soil — for the first time since the end of the Space Shuttle program in 2011.

More on the ISS: Russia Just Sent Its First Robot to Space

Fighting Words
Retired NASA Astronaut Scott Kelly Dishes on Ukraine, Russia, and Moon Mission
11. 21. 22
Read More
God Shot
Astronaut Says He Had Religious Experience During Spacewalk
9. 9. 22
Read More
Don't let the door hit you
Elon Musk Lobs Casual Space Station Burn at Moscow
7. 28. 22
Read More
+Social+Newsletter
TopicsAbout UsContact Us
Copyright ©, Camden Media Inc All Rights Reserved. See our User Agreement, Privacy Policy and Data Use Policy. The material on this site may not be reproduced, distributed, transmitted, cached or otherwise used, except with prior written permission of Futurism. Articles may contain affiliate links which enable us to share in the revenue of any purchases made.
Fonts by Typekit and Monotype.