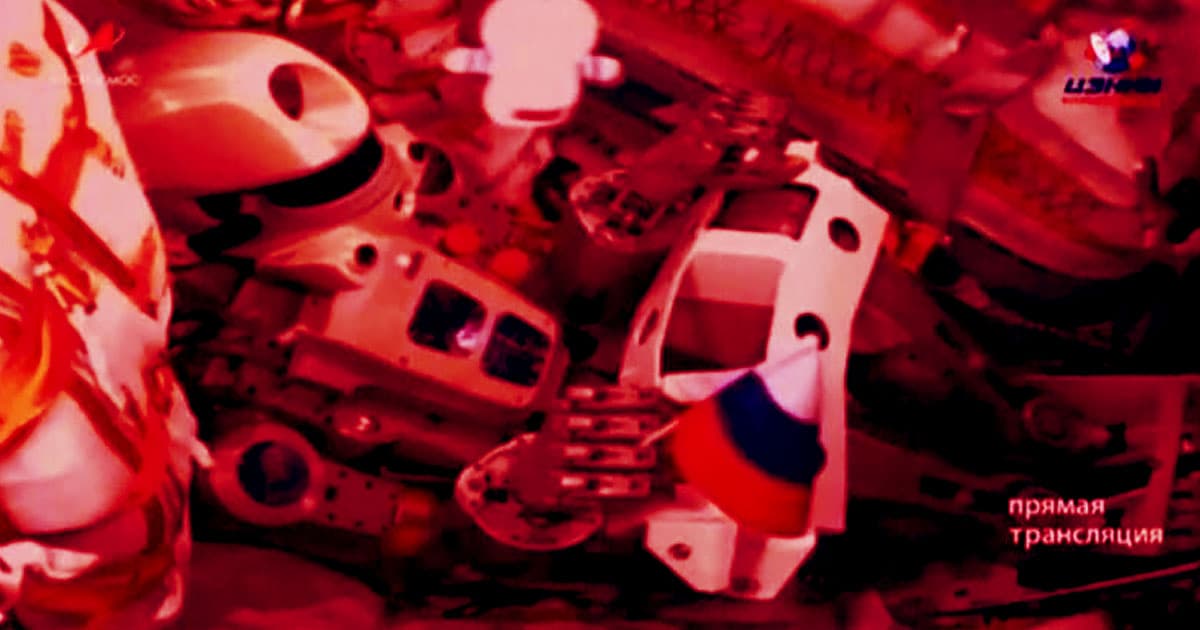 The humanoid held a Russian flag in its hand during launch.

The humanoid held a Russian flag in its hand during launch.

Russia has now joined the United States and Japan on the very short list of nations to send a robot to space.

Russia's robot, a life-sized humanoid named Fedor that can shoot guns — seriously, if you don't believe us, click that link — began its journey to the International Space Station on Thursday, taking off from Russia's Baikonur cosmodrome aboard a Soyuz rocket.

Fedor held a small Russian flag in its hand during the launch and could be heard saying, "Let's go. Let's go" — the same short phrase uttered by the first human in space, cosmonaut Yuri Gagarin — according to an Aljazeera story.

Fedor should arrive at the ISS on Saturday, where it'll remain for about two weeks, acting as an "artificial cosmonaut," Roscosmos head Dmitry Rogozin told state-run news agency Tass.

In comments televised prior to the launch, Roscosmos' Director for Prospective Programmes and Science Alexander Bloshenko said Fedor will learn a range of tasks while on board the ISS, from how to connect and disconnect electric cables to how to use a screwdriver and other tools.

But that's just the beginning.

"The robot's main purpose is to be used in operations that are especially dangerous for humans on board spacecraft and in outer space," Roscosmos wrote in a statement after the launch — meaning there's a chance it could one day take part in spacewalks or even deep space missions.

More on Fedor: Russia’s Gun-Shooting Robot Is Heading to the Space Station