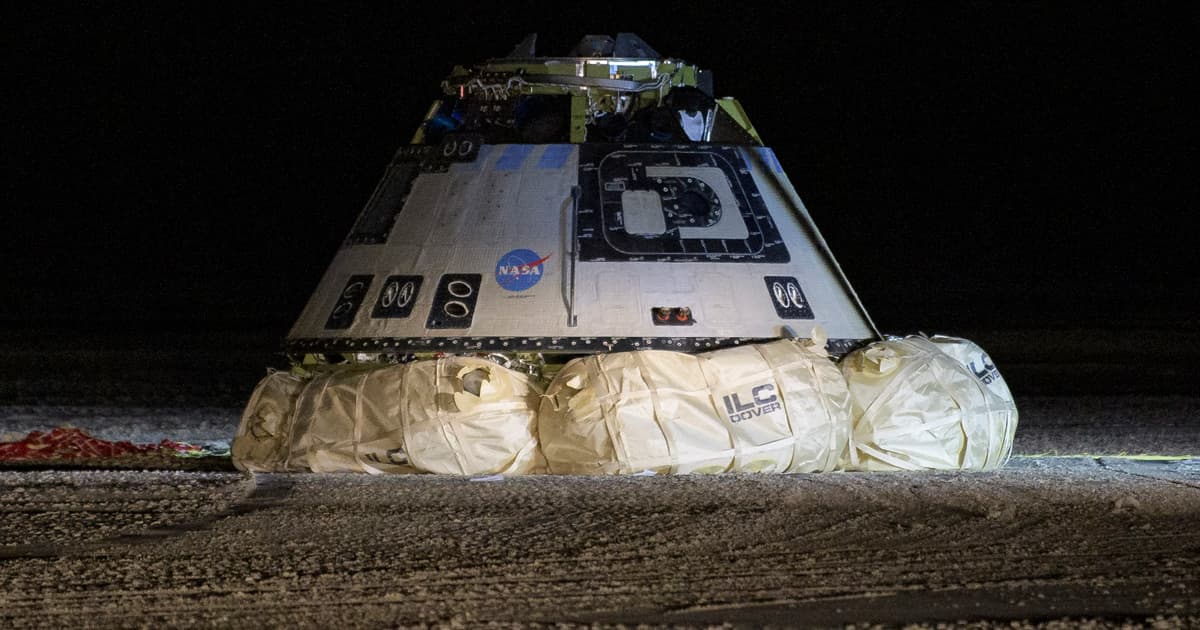 Astronauts “Can’t Wait” to Try out Starliner Despite ISS Failure

"We don't have any safety concerns."

"We don't have any safety concerns."

On Friday, Boeing’s Starliner launched for the first time, but due to an error with the spacecraft’s onboard timing system, what was supposed to be an eight-day-long mission — complete with a stop by the International Space Station — would ultimately end after just two days, and without ever visiting the ISS.

That failure hasn’t seemed to sour astronauts on the spacecraft, though.

“I can’t wait to try it out,” NASA astronaut Mike Fincke said after watching Starliner land safely in New Mexico on Sunday.

Fincke is one of three astronauts scheduled to be Starliner’s first crew, with NASA’s Nicole Mann and Boeing’s Chris Ferguson rounding out the trio. No word yet on when that crewed mission will take place, but even before Starliner’s safe landing, Mann was already expressing her confidence in the spacecraft.

“We are looking forward to flying on Starliner,” she said during a news conference following the launch on Friday. “We don’t have any safety concerns.”

NASA contracted both Boeing and SpaceX to build crafts that could ferry astronauts to and from the ISS so that the agency would no longer need to rely on Russia for lifts.

SpaceX’s Crew Dragon successfully completed its first uncrewed mission to dock with the ISS in March, and it could be ready for its first crewed test as soon as February 2020 — potentially putting it well ahead of Boeing’s schedule.

READ MORE: ‘I Can’t Wait to Try It Out’: Starliner’s 1st Riders Welcome Capsule Back to Earth [Space.com]

NASA Astronaut Says He Candidly Discussed Ukraine Invasion With Cosmonauts
Apr 6
Read More
NASA Explains What Would Happen If Russia Abandoned the Space Station
Mar 17
Read More
Muzzled Up
Former Astronaut Says NASA Warned Him to Stop Criticizing Russia
Mar 16
Read More
+Social+Newsletter
TopicsAbout UsContact Us
Copyright ©, Camden Media Inc All Rights Reserved. See our User Agreement, Privacy Policy and Data Use Policy. The material on this site may not be reproduced, distributed, transmitted, cached or otherwise used, except with prior written permission of Futurism. Fonts by Typekit and Monotype.