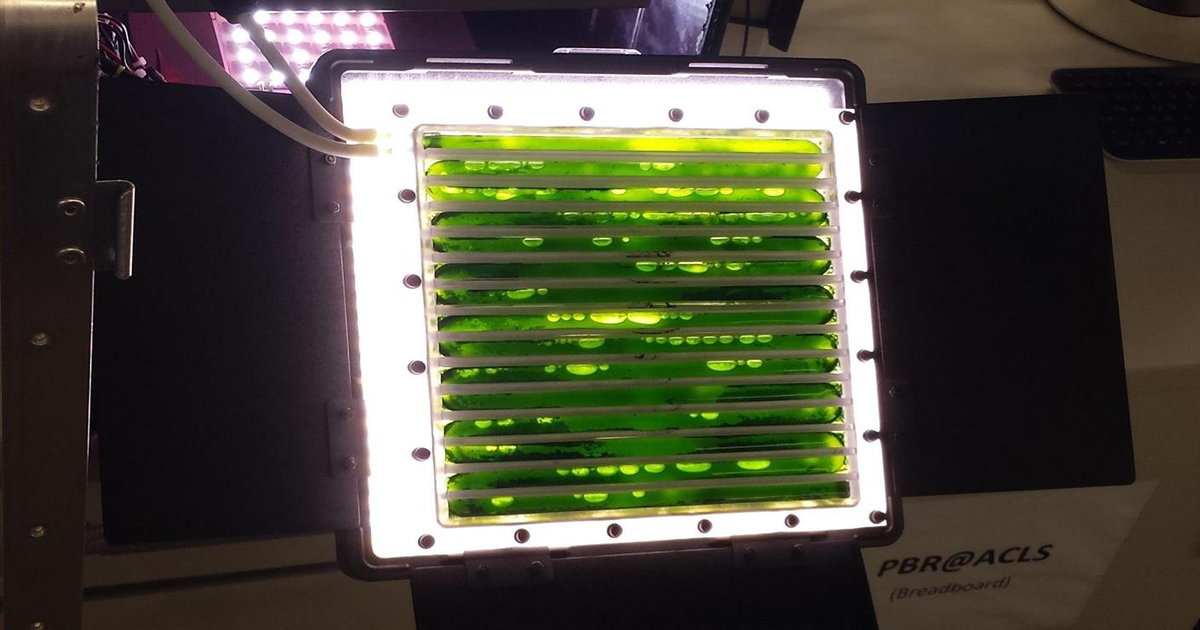 The ISS Now Has an "Algae Bioreactor" Generating Oxygen and Food

The air on the International Space Station (ISS) might get a whole lot fresher.

Astronauts are about to start testing out a new device called a "Photobioreactor," according to Space.com, which uses living algae to convert carbon dioxide to breathable oxygen and produce edible food.

Unlike Matt Damon, real astronauts can't live on potato shipments alone, so closed-loop systems that replenish spacecraft with essentials like air and food may be necessary for missions into deep space.

The bioreactor arrived at the ISS on Monday, and soon it will be used in concert with another closed loop life support system that converts carbon dioxide to useable methane and water. The leftover carbon dioxide will be consumed by the algae, according to Space.com.

If all goes well, astronauts on future missions to deep space will get more than a viable source of oxygen — the protein-rich algae could someday make up as much as 30 percent of an astronaut's diet.

"With the first demonstration of the hybrid approach, we are right at the forefront when it comes to the future of life-support systems," Oliver Angerer, the German scientist leading the project, said in a press release. "Of course, the use of these systems is interesting primarily for planetary base stations or for very long missions. But these technologies will not be available when needed if the foundations are not laid today."