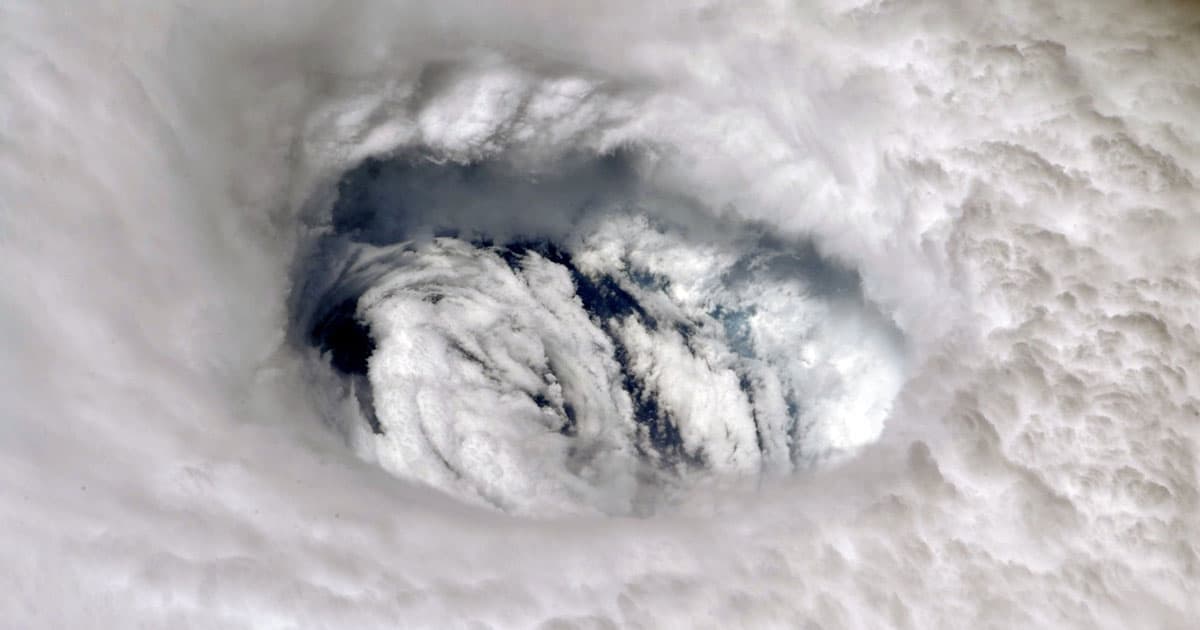 "You can feel the power of the storm when you stare into its eye from above."

"You can feel the power of the storm when you stare into its eye from above."

Astronauts aboard the International Space Station are well above the path of Hurricane Dorian, but that isn't stopping them from keeping a close eye on the storm — and sharing their unique vantage point with the rest of the world.

On Monday, NASA astronaut Nick Hague tweeted a terrifying photo of the hurricane he'd snapped from aboard the ISS.

The eye of #HurricaneDorain. You can feel the power of the storm when you stare into its eye from above. Stay safe everyone! pic.twitter.com/yN3MGidY3N

Less than two hours later, NASA's Christina Koch took to Twitter to share several more images of Hurricane Dorian from the perspective of the ISS — including a chilling shot staring directly down into the hurricane's whirling maw.

#HurricaneDorian as seen from @Space_Station earlier today. Hoping everyone in its path stays safe. pic.twitter.com/6vejLDPJHF

Power of the Storm

Of course, ISS astronauts aren't the only eyes in space keeping tabs on Dorian, which has already inflicted tremendous damage on the Bahamas, pummeling the islands with 177 kilometer per hour (110 mile per hour) winds and causing five deaths.

Both NASA and the National Oceanic and Atmospheric Administration have a bevy of satellites they're using to follow the storm's progress — and hopefully, their efforts will help people in Dorian's path stay as safe as the astronauts more than 250 miles above it.

READ MORE: Astronauts in Space 'Feel the Power' of Hurricane Dorian as NASA's Florida Spaceport Braces for the Storm [Space.com]