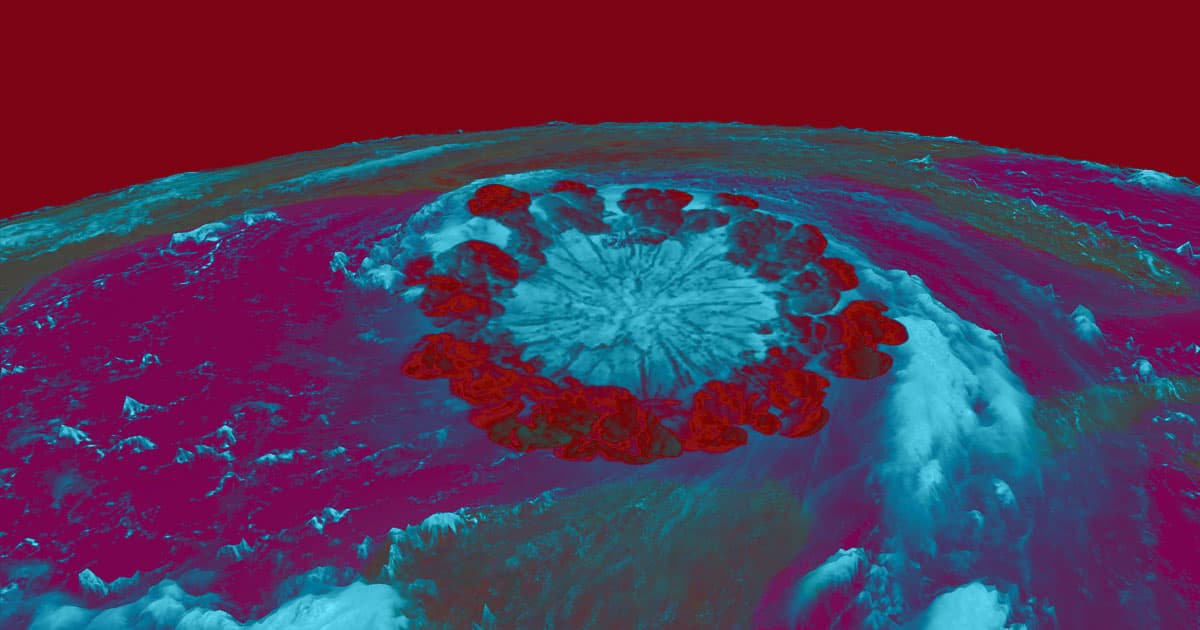 "You could hear a gnat fart in that meeting."

"You could hear a gnat fart in that meeting."

"I got it. I got it. Why don't we nuke them?" one of the anonymous sources paraphrased the President as saying during a hurricane briefing. "They start forming off the coast of Africa, as they're moving across the Atlantic, we drop a bomb inside the eye of the hurricane and it disrupts it. Why can't we do that?"

According to Axios' source, the President's suggestion of nuking hurricanes was met by stunned silence.

"You could hear a gnat fart in that meeting," they told Axios. "People were astonished. After the meeting ended, we thought, 'What the f---? What do we do with this?'"

The President, meanwhile, denies ever making the suggestion.

"The story by Axios that President Trump wanted to blow up large hurricanes with nuclear weapons prior to reaching shore is ridiculous," Trump tweeted, in the third person. "I never said this. Just more FAKE NEWS!"

Surprisingly, this isn't the first time someone has suggested nuking hurricanes. In fact, the National Oceanic and Atmospheric Administration even addresses the idea — and explains why it's a bad one — on its Tropical Cyclone Myths Page.

"Apart from the fact that this might not even alter the storm, this approach neglects the problem that the released radioactive fallout would fairly quickly move with the tradewinds to affect land areas and cause devastating environmental problems," the NOAA wrote. "Needless to say, this is not a good idea."

More on hurricanes: Huge Wind Farms Could Weaken Hurricanes Before They Make Landfall

Remember Donald?
Donald Trump Goes on Bizarre Rant Against Electric Cars
9. 6. 22
Read More
Bad Leak
An Underground Tank Is Leaking Massive Amounts of Radioactive Waste
4. 30. 21
Read More
Hot Air
Donald Trump Doesn't Seem to Know Anything About Wind Power
12. 23. 19
Read More
+Social+Newsletter
TopicsAbout UsContact Us
Copyright ©, Camden Media Inc All Rights Reserved. See our User Agreement, Privacy Policy and Data Use Policy. The material on this site may not be reproduced, distributed, transmitted, cached or otherwise used, except with prior written permission of Futurism. Articles may contain affiliate links which enable us to share in the revenue of any purchases made.
Fonts by Typekit and Monotype.