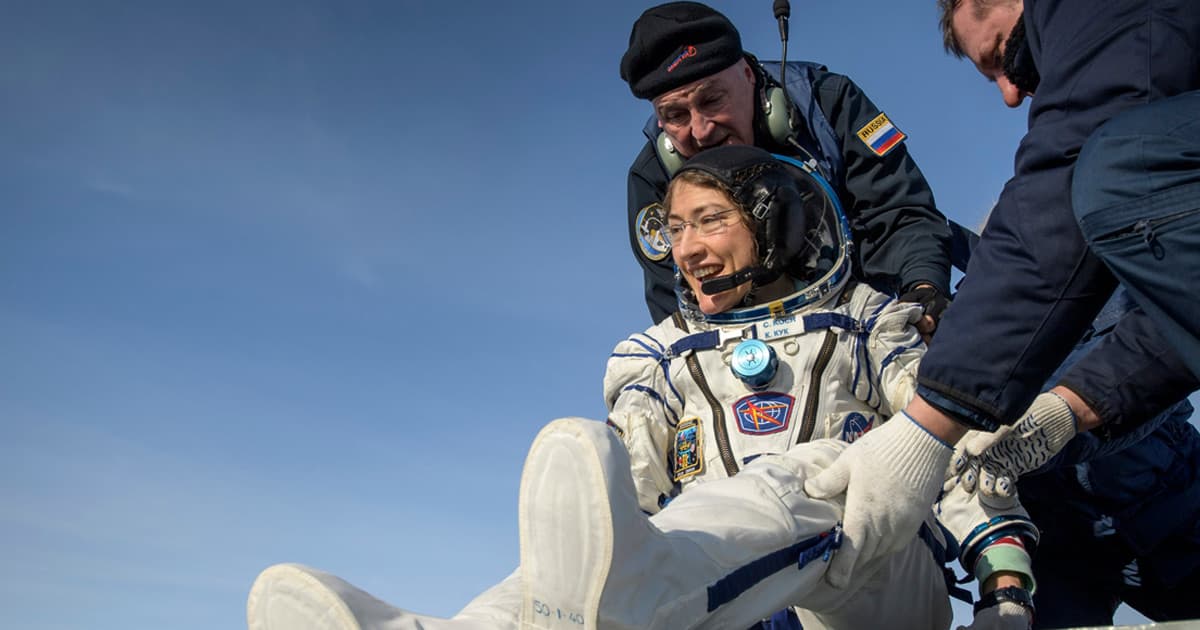 But she's looking forward to a lot now that she's back on Earth.

But she's looking forward to a lot now that she's back on Earth.

On Thursday, a Russian Soyuz spacecraft carrying three astronauts from the International Space Station safely parachuted down into snowy Kazakhstan.

One of those astronauts, NASA's Christine Koch, had spent 328 days aboard the ISS. That makes her the new record holder for longest-ever single spaceflight by a woman, with her trip lasting 39 days longer than that of the previous record holder, NASA astronaut Peggy Whitson.

The duration of Koch's mission wasn't the only thing remarkable about her ISS experience. Koch also participated in the first all-female spacewalk with fellow NASA astronaut Jessica Meir on October 18, 2019.

"We caught each other’s eye and we knew that we were really honored with this opportunity to inspire so many," she told reporters while reflecting on the spacewalk, "and just hearing our voices talk to Mission Control, knowing two female voices had never been on the loops, solving those problems together outside — it was a really special feeling."

As for what she'll miss the most about her time in orbit, Koch said that would be her fellow astronauts and the fun of bouncing around in microgravity. But now that she's back on Earth, you'll probably find her bobbing around in the water.

"I live near the beach and I absolutely love the water, so hopefully going for a swim or a surf or just walking my dog on the beach, feeling the sand, feeling the wind," she said, according to CBS News, adding, "I can't wait to be out in nature."

More on Koch: Something "Contaminated" Spacesuit During NASA Spacewalk