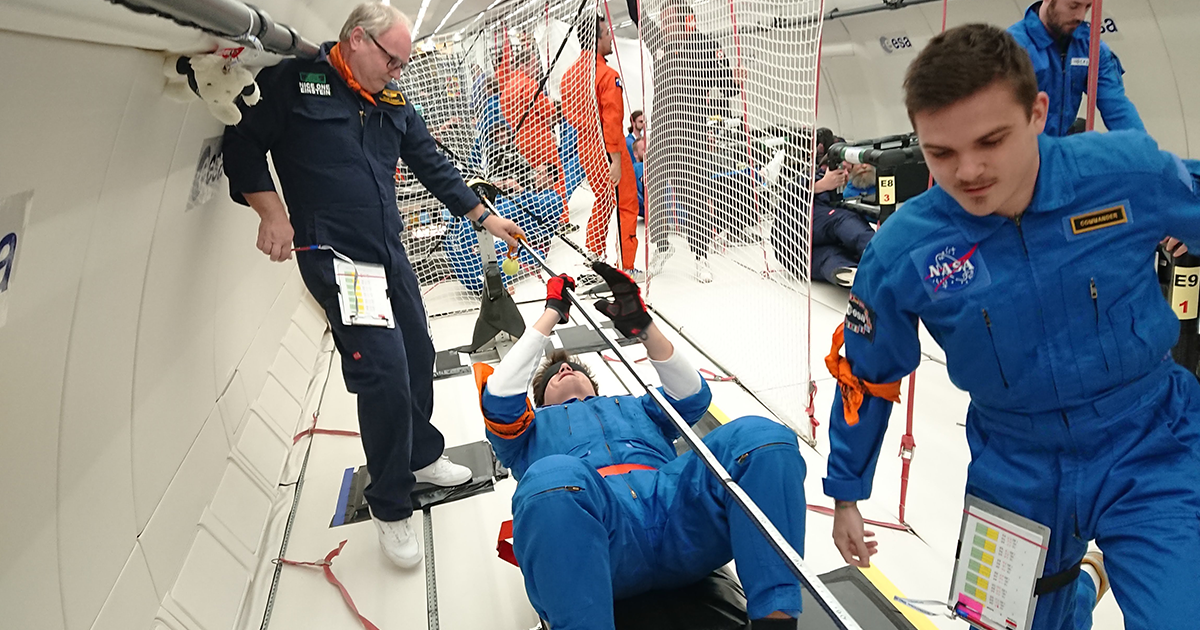 The experiment will measure how gravity affects depth perception.

The experiment will measure how gravity affects depth perception.

A zero-gravity ropes course is about to help scientists understand how being in outer space alters the human body.

This week, European Space Agency (ESA) scientists will direct volunteers to climb around a special airplane capable of simulating both stronger and weaker gravitational pulls, according to a press release. Not only is the study expected to contribute to our medical knowledge of life in space, but it could also prevent accidents by improving astronaut’s hand-eye coordination while they operate a spacecraft’s robotic arm or free-float during in a spacewalk.

First, blindfolded research participants walk up to an object to get a feel for how far away it is from their starting position. Then, the plane either ascends, subjecting participants to a gravitational pull twice as strong as Earth’s, or enters freefall and simulates the zero-gravity environment of space. Under those conditions, the blindfolded participants have to try and travel the correct distance to the object by pulling themselves along on a sled.

The idea is that once scientists have a quantifiable grasp on how altering gravity affects people’s sense of distance, they may be able to find a way to fix the problem for future missions to space.