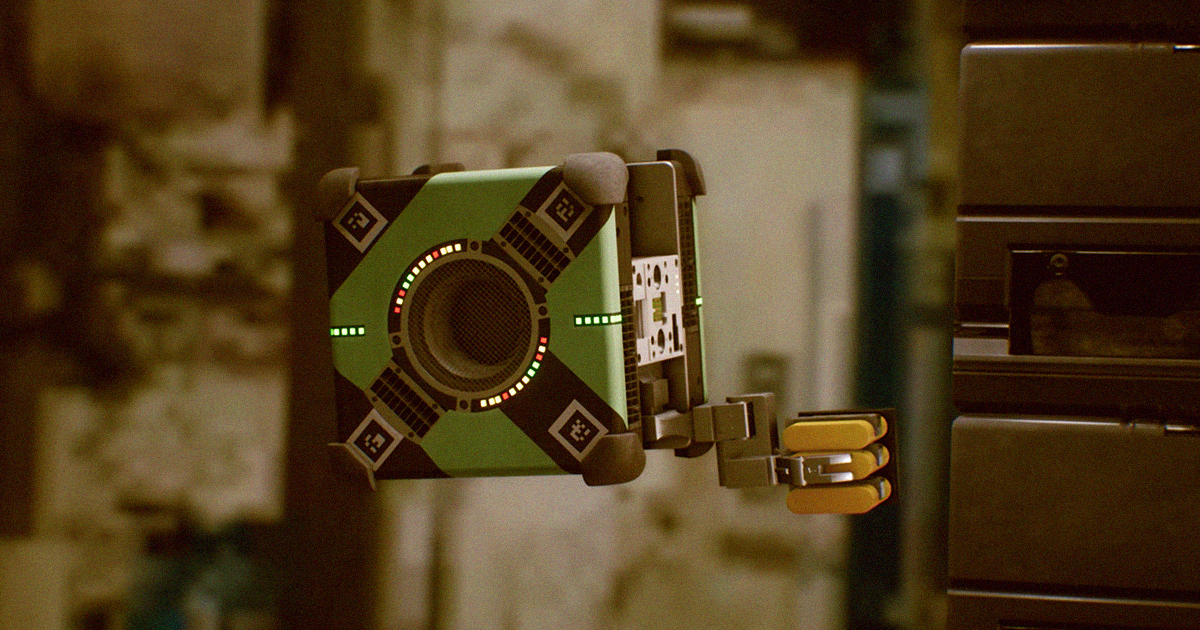 NASA Is Sending Cute “Robotic Bees” to the Space Station

They look kind of like the "Weighted Companion Cube" from the videogame "Portal."

They look kind of like the "Weighted Companion Cube" from the videogame "Portal."

NASA is sending a pair of “robotic bees” to the space station later this month, according to Digital Trends — a project the space agency is positioning as one of the most advanced space collaborations between humans and robots.

“Astrobee is a robot that will soon be flying around the International Space Station (ISS) alongside the astronauts,” reads a NASA page about the bees, which it says will “help scientists and engineers develop and test technologies for use in zero-gravity” and “help the astronauts do their routine chores.”

According to a spec sheet, the Astrobees — which look vaguely like the “Weighted Companion Cube” from the hit Valve video game “Portal” — are outfitted with air impellers for movement, small robotic arm for gripping, and a variety of sensors, lasers, and input devices to allow it to interact with astronauts and the ISS environment.

The robo-bees will also have an intriguing telepresence component: NASA employees back in Houston will be able to jack into the floating bots from the ground, according to the space agency, giving them “eyes and ears” on board the ISS.

More on the ISS: See the Stunning New Trailer for a VR Series Filmed on the ISS

Overloaded
Whiny Space Tourists Say They Were Too Busy on the Space Station
May 14
Read More
Mars Attack
Scientists Worried About Military Facility to Store NASA Mars Rocks
May 4
Read More
Shuttling Russians
NASA Deciding Whether Russian Cosmonaut Is Allowed on SpaceX Launch
Apr 26
Read More
+Social+Newsletter
TopicsAbout UsContact Us
Copyright ©, Camden Media Inc All Rights Reserved. See our User Agreement, Privacy Policy and Data Use Policy. The material on this site may not be reproduced, distributed, transmitted, cached or otherwise used, except with prior written permission of Futurism. Fonts by Typekit and Monotype.