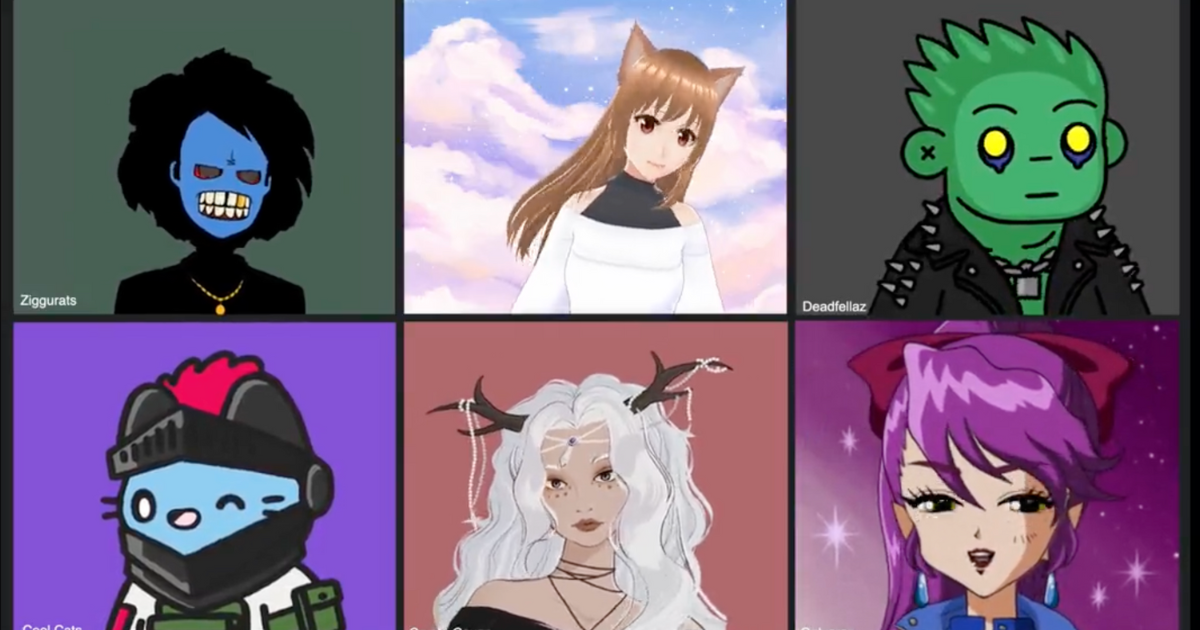 You might think you've become so numb to NFT headlines, but there's one you might just get caught in the undertow of. Cheesy Linkin Park jokes aside, the band's frontman is investing in a new company that turns users and their avatars into human NFTs in video meetings.

Mike Shinoda might be best known for a cofounding one of the most popular 90s and early-aughts rock bands of all time, but TechCrunch reported on Thursday that he's also investing in Hologram. Hologram exists as a Google Chrome extension for now, and it allows users to log in with crypto wallets and become an animated NFT avatar.

The company says their real-time algorithm uses machine learning but runs in-browser and doesn't collect any user data. It can also change your voice.

A short clip the brand posted on Twitter showed off the real-time NFT-animator in Google Meet, with six users hopping on the call to use animated avatars that tracked their movements and moved as they did. The premise sounds similar to an Instagram or TikTok filter in terms of end result, but it's far more robust.

It's pretty cool that people can, in theory, express themselves however they'd like through the artwork of their choice. That's part of what makes Hologram so appealing — it's not everyday that a crypto project is relatively unproblematic.

More on crypto news: Texas Gets So Hot That Crypto Miners Call It Quits

Dubious Donations
Politicians Refuse to Say Whether They'll Give Back Donations From Sam Bankman-Fried
Nov 16
Read More
Sad!
Melania Trump Accused of Secretly Buying Her Own NFT to Avoid Disgrace
Feb 17
Read More
Bye Bye Baby
Lawyer for Crypto Laundering Rapper Says She Won't Flee Because of Her Frozen Embryos
Feb 11
Read More
+Social+Newsletter
TopicsAbout UsContact Us
Copyright ©, Camden Media Inc All Rights Reserved. See our User Agreement, Privacy Policy and Data Use Policy. The material on this site may not be reproduced, distributed, transmitted, cached or otherwise used, except with prior written permission of Futurism. Articles may contain affiliate links which enable us to share in the revenue of any purchases made.
Fonts by Typekit and Monotype.