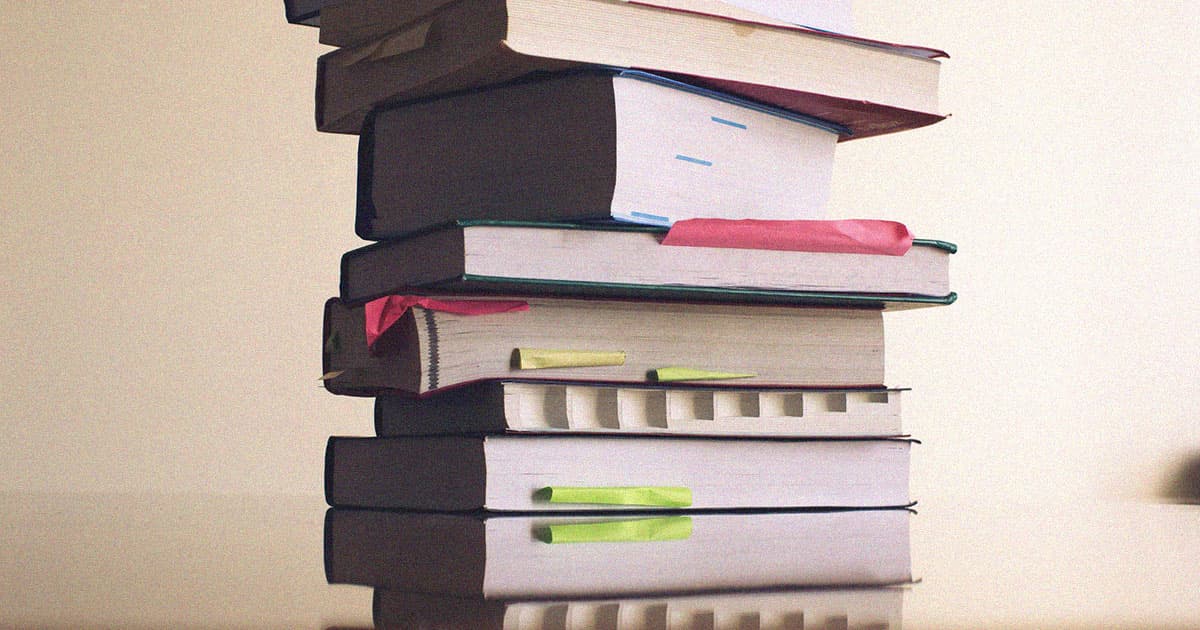 In other words, it wants to squeeze every last dollar out of its customers by trying to profit off of the used textbook market.

"In the analogue world, a Pearson textbook was resold up to seven times, and we would only participate in the first sale," CEO Andy Bird told reporters at a press conference on Monday, as quoted by Bloomberg,

"The move to digital helps diminish the secondary market," Bird added, "and technology like blockchain and NFTs allows us to participate in every sale of that particular item as it goes through its life."

The CEO and former Disney exec pointed specifically at how NFT technologies allow initial sellers to track an item — be it a textbook or a Tiffany necklace — on a public ledger, as it changes hands from "owner A to owner B to owner C."

Unsurprisingly, Pearson's controversial decision to maximize profits by injecting itself into the used textbook market was met with widespread derision on Twitter.

"I hate every word in this sentence," one user tweeted, referring to a Techmeme headline about the story, while TikTok star Gregor Reynolds encouraged others to "pirate your textbooks, kids."

Literary NFTs are nothing new — there are entire platforms dedicated to helping independent writers and presses sell their works as NFTs.

But given the fact that Pearson is one of the largest textbook publishers in the world, the decision could lead to other major publishers following suit.

Thus far, Pearson hasn't released any more details about its proposed NFT plans, or when it plans to roll out such a feature.

Nevertheless, it's certainly a sign of the times when the people who already charge an arm and a leg for necessary textbooks want to make a buck off of used book sales as well.

More on NFTomfoolery: There's an Interesting Theory About Why Anthony Hopkins is Suddenly Shilling NFTs