Ladies and gentlemen, the NFT market. 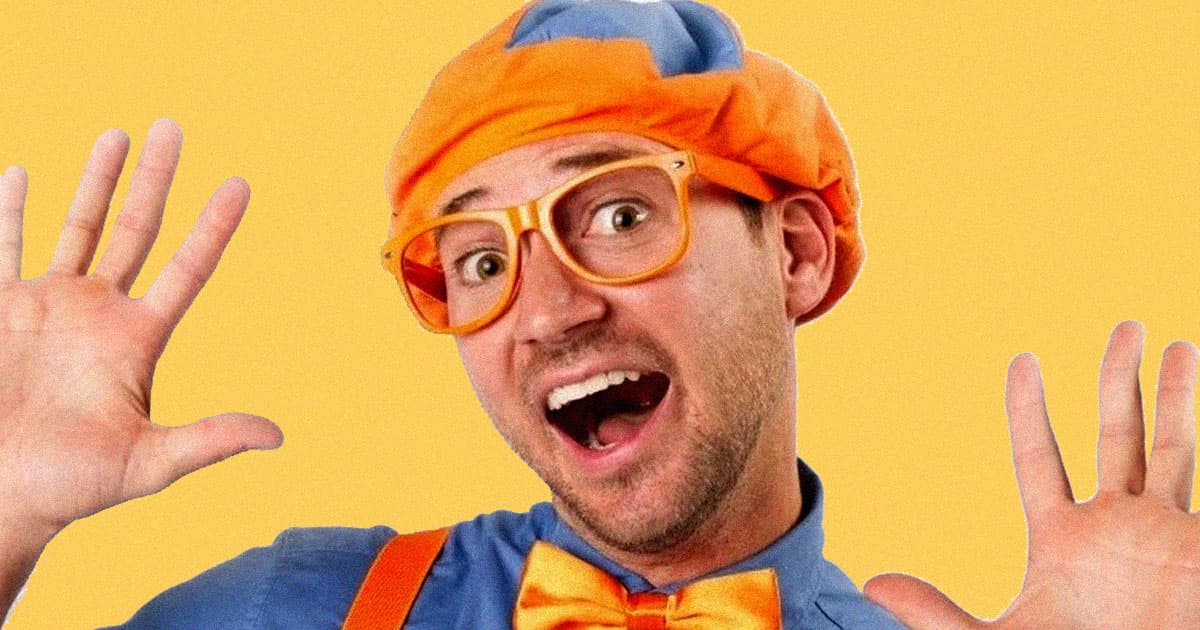 To get a sense of the current NFT market, consider the case of Stevin John, much better known as "Blippi" on YouTube.

As BuzzFeed News revealed in an eyebrow-raising 2019 report, John used to perform gross-out stunts under the pseudonym "Steezy Grossman," even going so far as to blast a friend with "explosive diarrhea" in a gag he later told the outlet was "stupid and tasteless, and I regret having ever done it."

And since it's the year 2022, Blippi — who, by the way, has since amassed almost 16 million subscribers on YouTube by entertaining toddlers — is now getting into the NFT space.

In other words, it's just another dark chapter in the steady drumbeat of blockchain cash grabs.

According to Deadline, global entertainment company and children's videos distributor Moonburg Entertainment is teaming up with Zigazoo, the "world's largest social network and NFT education platform for kids," to launch a collection of children's NFTs based on Blippi's show.

Talk about late stage capitalism. Diarrhea aside, after all, it's reasonable to ask why children would even possibly want to own NFTs.

According to Zigazoo's mission statement, the company wants to help kiddos "express themselves through art and practice essential financial literacy skills," while others see it as a thinly veiled attempt to extract parents' money from impressionable tykes.

In the grand tradition of Pokémon cards and Beanie Babies, parents can spend up to $49.99 for each "pack" of NFTs, with varying degrees of rarity, by turning their hard earned cash into "Zigabucks," the platform's own cryptocurrency.

All purchases "are behind a parental verification gate," the company promises.

"With this drop, we are unlocking a whole new way for kids to interact with their favorite characters and putting a Web3 spin on the popular mail-in fan clubs that I loved as a kid growing up in the 1990s," Zak Ringelstein, CEO and founder of Zigazoo, told Deadline.

"This drop comes with exclusive content and perks that will allow kids to interact with our brand on and off screen, learn some new skills, and above all have fun whilst learning through play," he added.

But whether John's previous "Steezy Grossman" YouTube exploits will be part of the collection remains to be seen.

"If there’s one thing I know Blippi loves, it’s a public and permanent record of one’s online activities, even under aliases," BuzzFeed News reporter Katie Notopoulos, who broke the 2019 report, tweeted in response to the news. "So a Blippi NFT makes total sense."

Read This Next
nvm
NFT Marketplaces Say Oops, Paying Royalties to Artists Is Optional Now
New Kid on the Block
The Latest Idea to Make People Actually Buy NFTs: Throw in a House
Rug Pull
CNN In Hot Water With Investors After Canceling Its Weird NFT Project
Anonymous Allegations
Anonymous Declares War on Bored Ape Yacht Club Over Alleged Nazi Symbolism
Human Furniture
Crypto Guy: Desperately Poor People Could Be NPCs in Video Games
More on Blocknik
Touchy Subject
Yesterday on the byte
SBF Not Happy to Be Asked About Ex-Girlfriend Caroline Ellison
Oops, Bad Accounting
Yesterday on the byte
Coinbase CEO Says Only a "Gullible Person" Wouldn't Think FTX Stole User Funds
Rest in Punks
Dec 3 on the byte
The Ultimate Sign That NFTs Are Uncool: Museums Are Now Embracing Them
READ MORE STORIES ABOUT / Blocknik
Keep up.
Subscribe to our daily newsletter to keep in touch with the subjects shaping our future.
+Social+Newsletter
TopicsAbout UsContact Us
Copyright ©, Camden Media Inc All Rights Reserved. See our User Agreement, Privacy Policy and Data Use Policy. The material on this site may not be reproduced, distributed, transmitted, cached or otherwise used, except with prior written permission of Futurism. Articles may contain affiliate links which enable us to share in the revenue of any purchases made.
Fonts by Typekit and Monotype.