"I fooled you guys." 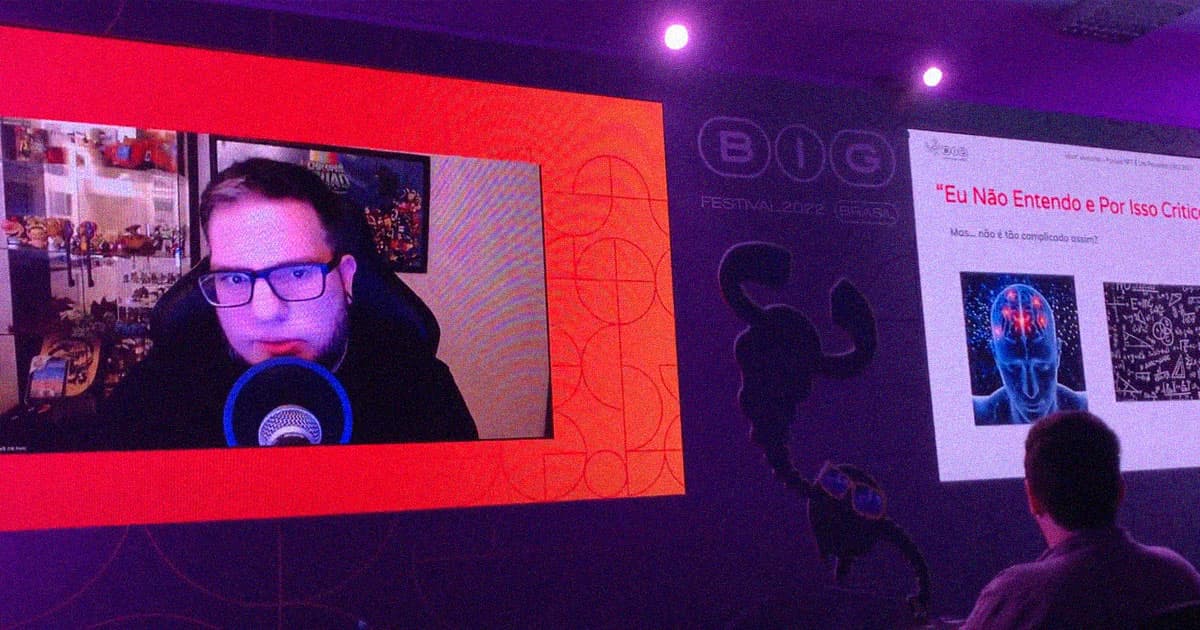 Lots of people hate non-fungible tokens (NFTs) — but few are so spirited in their disdain that they would surprise a gaming conference, sponsored in part by Web3 and blockchain companies, by giving a detailed presentation about why exactly they're such a "nightmare."

As PC Gamer reports, game developer Mark Venturelli did exactly that when he teleconferenced into Brazil's International Games (BIG) Festival over the weekend just to trash NFTs — all while he had COVID-19, to boot.

"I fooled you guys," Venturelli, developer of the Chroma Squad game, told the audience in Portuguese per a tweet from the event. "The name of my talk is not 'The Future of Video Games'. I had to change it or they wouldn't approve. The name is 'Why NFTs are a nightmare.'"

This sleight-of-hand was, per those who were there, met with raucous applause from the audience.

In an interview with PC Gamer after the stunt, the developer admits it "was a bit of a gimmick," but claimed the conference's organizers had okayed it beforehand — a fairly shocking admission, given both the English translation of the presentation showing how it takes no prisoners and that the BIGFest itself was sponsored by a number of cryptosphere entities.

"These people are outsiders here, they're not important," Venturelli told PC Gamer of BIG's web3 sponsors, which include the metaverse and blockchain gaming company Lakea and the Latin America-serving crypto exchange Ripio. "They're just trying to buy their relevance, because they have no actual influence over the future of our industry."

Those same sponsors were reportedly pretty pissed off about the sanctioned talk.

"I've heard that the sponsors got really mad," Venturelli told PC Gamer. "They tried to break into the talk while I was talking, but the organization would not let them. That doesn't surprise me, because the organization, not at a single point did they censor me, did they stop me from putting what I wanted on the slides. I gave them access to the slides before the talk. There was never any kind of intention on their side to shut me up or anything like that."

Venturelli relayed that once indie game developers learned that crypto companies were sponsoring the BIG festival, many were intent on boycotting it — but he believed so strongly in making his point that he teleconferenced in despite of having COVID at the time.

"If we boycott it and we don't go to it, we're conceding defeat," he told the gaming website. "We're just saying we forfeit. We cannot do this. We need to do the opposite."

May we all vow to be as ballsy as this guy.

Read This Next
SBFX
Leaked Messages Show FTX Insiders Begging SBF to Step Down as Crisis Deepened
FTuxxed
Behind the Lawsuit Against Celebs Who Shilled FTX Before Its Spectacular Meltdown
Toes in the Water
Guy Linked to Huge Crypto Meltdown Says It’s Just a Coincidence That He’s Hanging Out in a Country With No Extradition to United States
Guest List
Celebrities Are Officially Being Sued by FTX Retail Investors
Tumblr or Bust
This Strongly Appears To Be Alameda CEO Caroline Ellison's Tumblr Account
More on Blocknik
Lost Salt
Yesterday on the byte
FTX’s Worst Sin: It Owes an Immense Bill to Jimmy Buffett’s Margaritaville
Stop the Noise
Yesterday on the byte
Courtroom Erupts in Cheers After Bitcoin Plant Rejected From Opening in Community
Out of Pocket
Yesterday on the byte
SBF Says His Lawyers Can "Go F*ck Themselves"
READ MORE STORIES ABOUT / Blocknik
Keep up.
Subscribe to our daily newsletter to keep in touch with the subjects shaping our future.
+Social+Newsletter
TopicsAbout UsContact Us
Copyright ©, Camden Media Inc All Rights Reserved. See our User Agreement, Privacy Policy and Data Use Policy. The material on this site may not be reproduced, distributed, transmitted, cached or otherwise used, except with prior written permission of Futurism. Articles may contain affiliate links which enable us to share in the revenue of any purchases made.
Fonts by Typekit and Monotype.