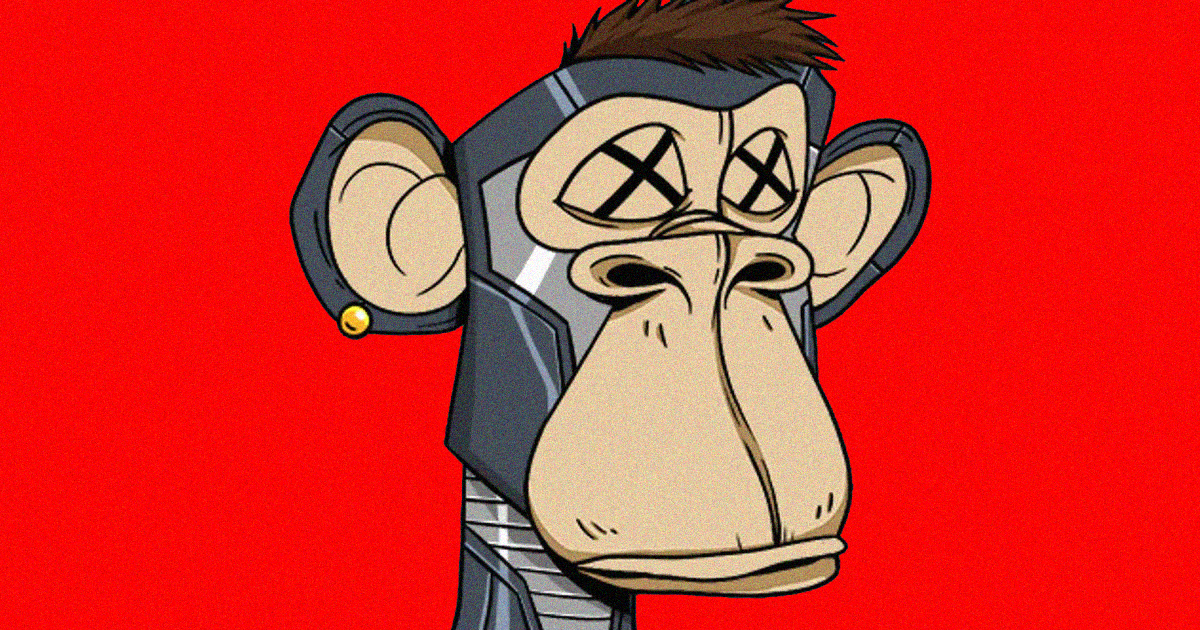 Cryptocurrency loans company Teller Finance is literally applying the logic of layaway to non-fungible tokens — because, apparently, the crypto community can sink even lower.

As Decrypt reports, Teller Finance is launching its aptly-named "Ape Now, Pay Later" program — yes, we're cringing just as hard as you at that tagline — to allow users to give each other loans to buy NFTs on the Ethereum blockchain.

This is how their scheme works: after putting down a down payment of up to 50 percent  — which, in some cases could run into the hundreds of thousands of dollars worth of crypto — borrowers would be matched with a lender who can meet the other half.

The NFT would then be placed in an escrow crypto wallet until the borrower makes all their loan payments on time.

"Buying NFTs is one of the core things Web3 consumers want to do right now," Ryan Berkun, the CEO and Founder of Teller, told Decrypt. "Buy now, pay later is a no-brainer."

In one sense, he's right. Introducing the concept of layaway — which is a well-known way for predatory companies to extract interest out of cash-poor consumers — into the NFT space isn't exactly surprising, given the amount of exploitative schemes and NFT scams already out there right now.

That's not to mention the many ways such a lending scheme could turn into opportunities of abuse, as Decrypt points out.

The concept of paying interest on something you can't afford and never get to own is one thing — but the idea that you could be forced to pay interest on a loan for a digital image file that is very likely to plummet in value, is arguably ludicrous.

More on NFT scams: NFT Marketplace Admits That 80 Percent of Its NFTs Are Spam, Scams, and Fraud

Moving Money
Crypto.com Accidentally Sent $400 Million to a Competitor
Nov 14
Read More
nvm
NFT Marketplaces Say Oops, Paying Royalties to Artists Is Optional Now
Nov 8
Read More
New Kid on the Block
The Latest Idea to Make People Actually Buy NFTs: Throw in a House
Oct 29
Read More
+Social+Newsletter
TopicsAbout UsContact Us
Copyright ©, Camden Media Inc All Rights Reserved. See our User Agreement, Privacy Policy and Data Use Policy. The material on this site may not be reproduced, distributed, transmitted, cached or otherwise used, except with prior written permission of Futurism. Articles may contain affiliate links which enable us to share in the revenue of any purchases made.
Fonts by Typekit and Monotype.