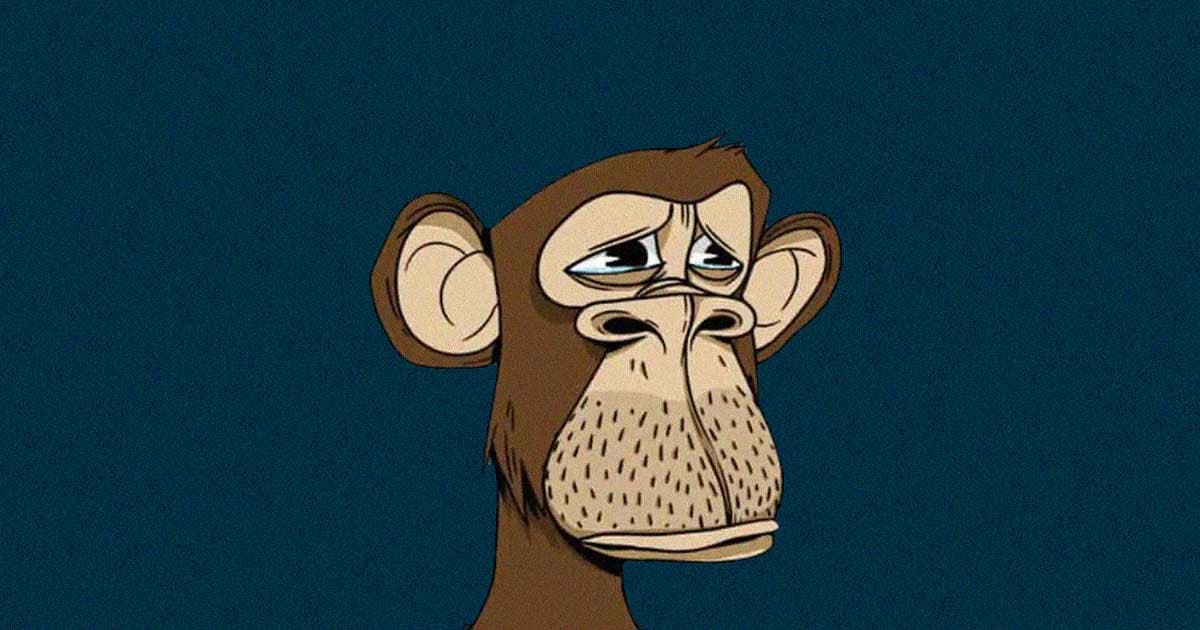 "Without question, the NFT market has fallen off the cliff."

"Without question, the NFT market has fallen off the cliff."

Web3 assets continue their impressively catastrophic nosedive today, as NFTs — you know, those extremely expensive digital artworks that celebs have both loved and lost — reach remarkably new lows in value.

Bloomberg reports that this will likely be the first month since June 2021 that NFT sales will have failed to reach $1 billion overall. Meanwhile, well known high-dollar NFTs, including the Bored Ape Yacht Club's blue-chip collection, have seen price floors fall by 30 percent or more in just 30 days.

"Without question, the NFT market has fallen off the cliff this June," said Pedro Herrera, head of research at blockchain data-tracker DappRadar, to Bloomberg. "While the market is way more mature, it is fair to say that in recent weeks, investors were looking for safer places to put their money amid the Terra collapse and the rumors surrounding potential liquidations."

This latest low comes on the heels of a high profile — and angry — copyright infringement lawsuit filed by BAYC owner Yuga Labs, which has sued someone minting copies of its precious simians. The case has sparked its fair share of conversation, and has perhaps reaffirmed much of the fear, apprehension, and even billionaire ridicule that digital assets are often met with.

Still, despite the fact that the NFT JPG index is down by 70 percent since its April launch, some investors and analysts are hopeful that the industry is just going through some growing pains.

"Much of the craziness was bled out of NFTs and they are going through a period of consolidation," said Bloomberg's Aaron Brown, a columnist and crypto investor. "I suspect they will survive, but on a much more sensible basis than at the height of the mania."

In the long view, Brown could be right. But as it stands now, the crypto world is struggling across the board. Whether digital monkeys are headed for their doom, or the industry really is just in a winter, remains to be seen.

READ MORE: NFTs Have ‘Fallen Off the Cliff’ as Sales Sink to Lowest Levels in a Year [Bloomberg]

More on Web3 viability: Blockchain Guy Struggles to Explain a Single Practical Use for Web3