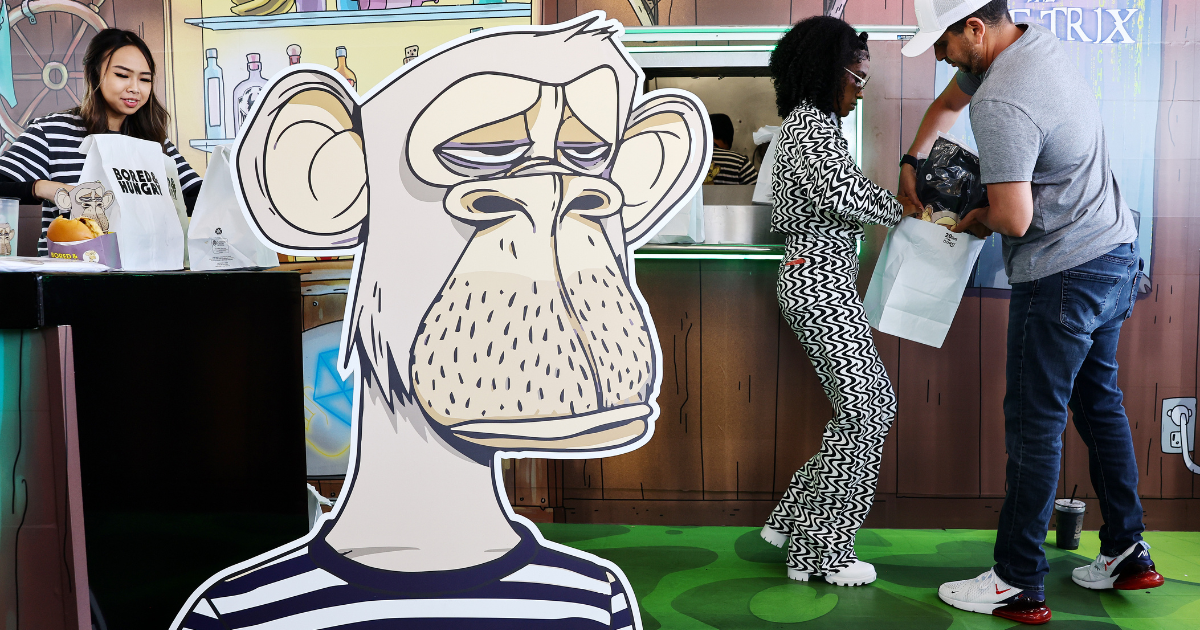 "As far as buying food and all that, maybe not."

"As far as buying food and all that, maybe not."

The Bored and Hungry restaurant in Los Angeles has gone back to accepting good old fashioned US dollars as its sole currency.

The Los Angeles Times reported yesterday that when the fast food shop opened in April, it accepted digital currency as well as dollars — but that was before record-breaking market crashes that depleted millions in investor dollars and tanked entire crypto coins.

Now, the Bored Ape shop is no longer accepting cryptocurrency in exchange for vegan burgers or sodas. The LA Times said owner Andy Nguyen didn't respond to emails about the change, either, although a cashier gave some noncommittal answers and very little detail when asked in person.

Since the giant market meltdown, crypto companies have been laying off employees, and Congress even made the first moves toward regulating the industry for the first time in history.

"Yes, ethereum is a currency in a way where you can exchange NFTs and stuff … but as far as buying food and all that, maybe not," a crypto investor told the LA Times while munching down on ape-themed food.

The fact is that while, yes, the crypto market tanked there are customers willing to buy in. One startup has increased hiring and there's at least one financial planner out there telling clients to hop on board. Whether those folks get more than a meal out of Bored Ape is another story entirely.

Sad!
Melania Trump Accused of Secretly Buying Her Own NFT to Avoid Disgrace
Feb 17
Read More
Bye Bye Baby
Lawyer for Crypto Laundering Rapper Says She Won't Flee Because of Her Frozen Embryos
Feb 11
Read More
Greenwashing
World Wildlife Foundation Cancels NFT Project After Critics Point Out That It Was Actually a Huge Polluter
Feb 9
Read More
+Social+Newsletter
TopicsAbout UsContact Us
Copyright ©, Camden Media Inc All Rights Reserved. See our User Agreement, Privacy Policy and Data Use Policy. The material on this site may not be reproduced, distributed, transmitted, cached or otherwise used, except with prior written permission of Futurism. Fonts by Typekit and Monotype.