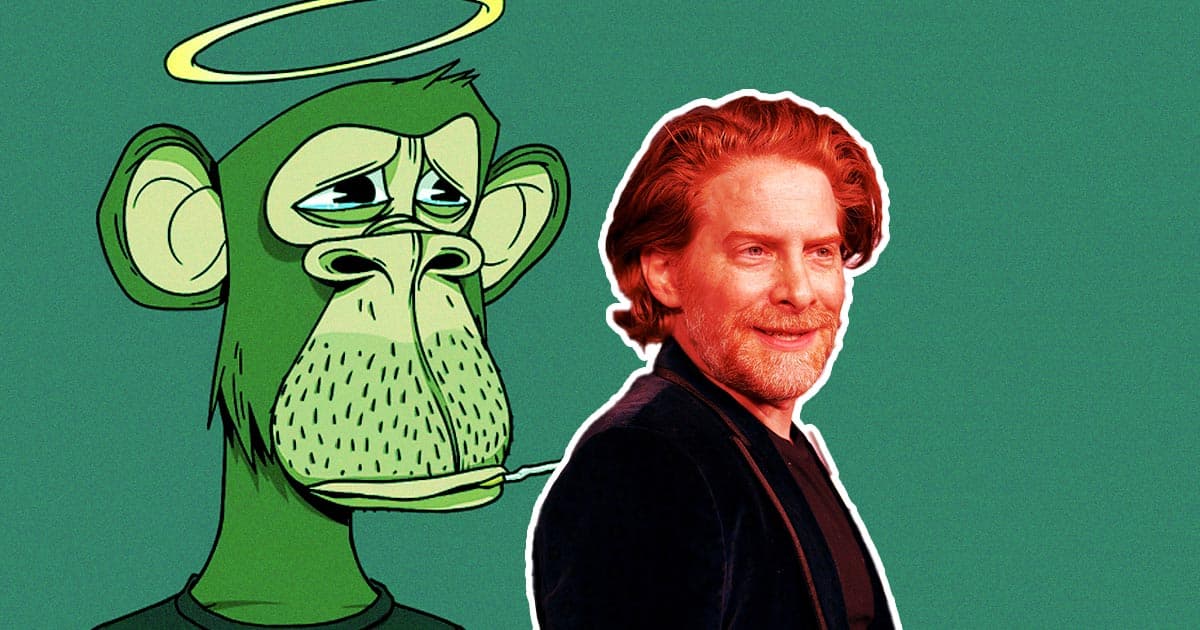 Hollywood actor Seth Green, who recently launched his own collection of NFTs, has run into a bit of a conundrum.

The "Family Guy" star says he fell for a common phishing scam in early May, with a hacker getting away with one of his NFTs — Bored Ape Yacht Club #8398 to be specific — which was meant to star in an upcoming show developed and produced by Green, BuzzFeed News reports.

The timing couldn't have been worse — and some might even speculate that it's outright suspicious, given the tantalizing headlines the story has generated, conveniently drumming up free marketing for Green's show.

Over the weekend, Green teased his show called "White Horse Tavern" at a crypto conference in Minneapolis. The show was meant to star a Bored Ape NFT, which after the theft was bought by a self-described street photographer who calls themselves "DarkWing83."

"I bought that ape in July 2021, and have spent the last several months developing and exploiting the IP to make it into the star of this show," Green said at the event, as quoted by BuzzFeed. "Then days before — his name is Fred by the way — days before he’s set to make his world debut, he’s literally kidnapped."

In early May, Green apparently fell for a phishing scheme, lamenting in a tweet that "well frens [sic] it happened to me. Got phished and had 4NFT stolen."

Among the stolen NFTs was the Bored Ape, which was meant to star in the show and later netted DarkWing83 a cool $200,000 once they passed it on to the next buyer, as well as two Mutant Apes, one of which was later resold for $42,000.

One big question remains: can Green still produce his show, given the copyright implications? The trouble is that there simply isn't much of a legal precedent, BuzzFeed points out.

Bored Ape Yacht Club does technically allow its users to exploit and commercially adapt the NFTs they own, which has already led to some messy feuds.

Green, however, maintains that "a buyer who purchased stolen art with real money and refuses to return it is not legally entitled to exploitation usage of the underlying IP," in a response to BuzzFeed's reporting.

But he's keeping an open mind and isn't interested in making enemies.

"It’ll go to court, but I’d prefer to meet DarkWing84 before that," he added. "Seems we’d have lots in common."

That last sentence sure sounds suspicious, doesn't it? Could this whole saga be an admittedly clever marketing stunt for Green's upcoming show? Is it possible that DarkWing83 and Green are secretly the same person, or associates?

It's certainly not out of the question, given the scam-riddled environment the NFT market operates within.

What makes this theory less believable, however, is the fact that DarkWing84 has already sold at least two of the four NFTs originally owned by Green, meaning the actor would've had to orchestrate a number of behind-the-curtain sales to eventually recoup rights to his NFTs — that is, if that's even his endgame.

It certainly would take a lot of effort to pull off such a stunt. But in a world primed for NFT drama, it might be the perfect marketing ploy.

READ MORE: Someone Stole Seth Green's Bored Ape, Which Was Supposed To Star In His New Show

Read This Next
nvm
NFT Marketplaces Say Oops, Paying Royalties to Artists Is Optional Now
New Kid on the Block
The Latest Idea to Make People Actually Buy NFTs: Throw in a House
Rug Pull
CNN In Hot Water With Investors After Canceling Its Weird NFT Project
Anonymous Allegations
Anonymous Declares War on Bored Ape Yacht Club Over Alleged Nazi Symbolism
Human Furniture
Crypto Guy: Desperately Poor People Could Be NPCs in Video Games
More on Blocknik
Wiry
7:06 PM on the byte
Alameda CEO Caroline Ellison Joked About Putting "Wire Fraud" on Her Dating Profile
Ghislaine'd
Yesterday on the byte
Sam Bankman-Fried Hires Lawyer Who Defended Ghislaine Maxwell
Crypto Apocalypse
Yesterday on the byte
Crypto Investors Despondent After Losing Life Savings in FTX "Bloodbath"
READ MORE STORIES ABOUT / Blocknik
Keep up.
Subscribe to our daily newsletter to keep in touch with the subjects shaping our future.
+Social+Newsletter
TopicsAbout UsContact Us
Copyright ©, Camden Media Inc All Rights Reserved. See our User Agreement, Privacy Policy and Data Use Policy. The material on this site may not be reproduced, distributed, transmitted, cached or otherwise used, except with prior written permission of Futurism. Articles may contain affiliate links which enable us to share in the revenue of any purchases made.
Fonts by Typekit and Monotype.